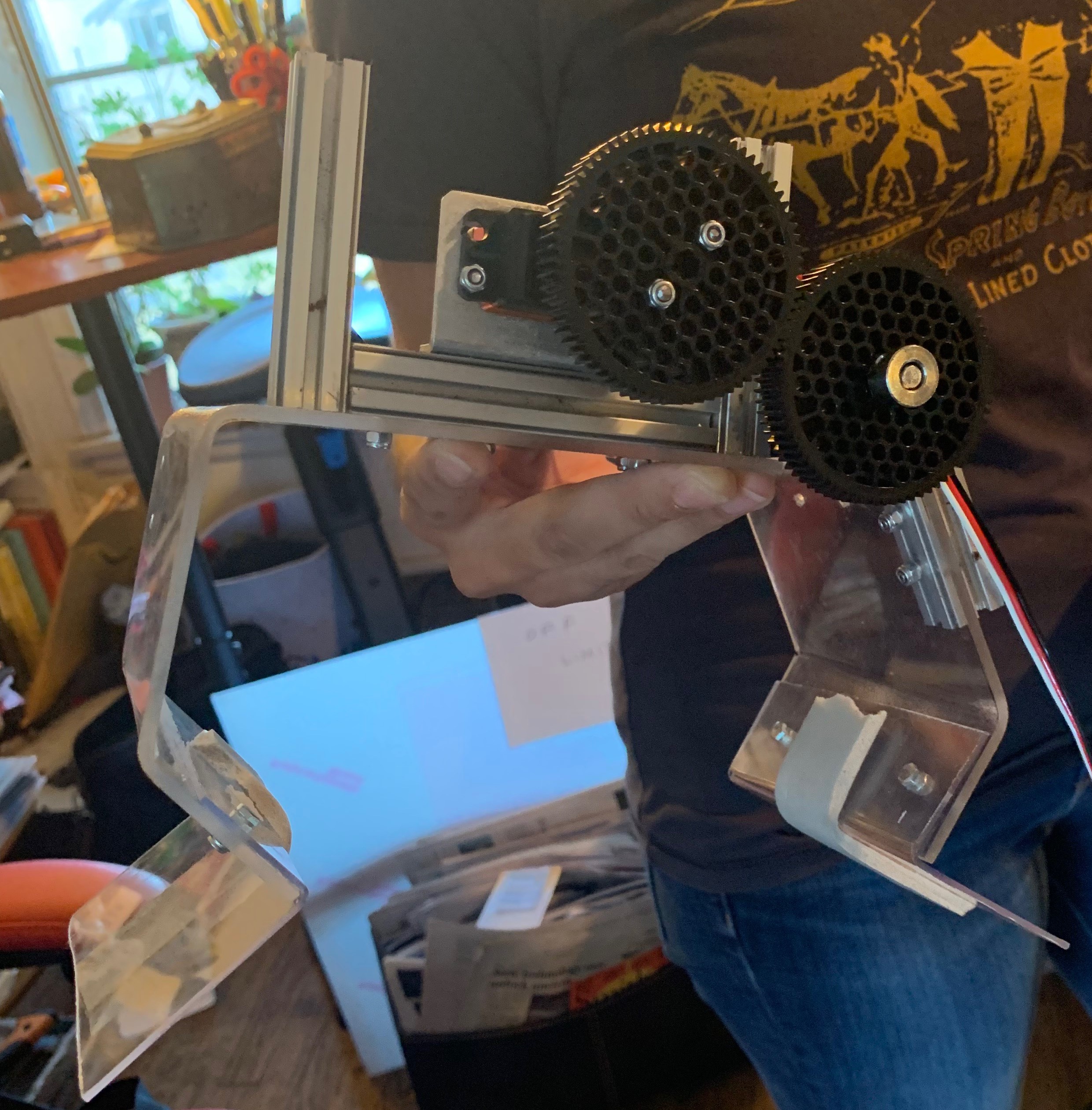 After the end of the two day robot build, we had come up with two main gripper designs. One was consistent, however heavy and large, (Wheel Gripper) and one was lighter but wasn’t quite as versatile or controllable (Aaron's Super Cool gripper That Worked 100% of the Time). P.A.U.L (Pivoting Accelerated User-friendly Locker) is the best of both worlds. It’s made out of polycarb so it’s light and somewhat flexible, and its easily controlled by a servo. 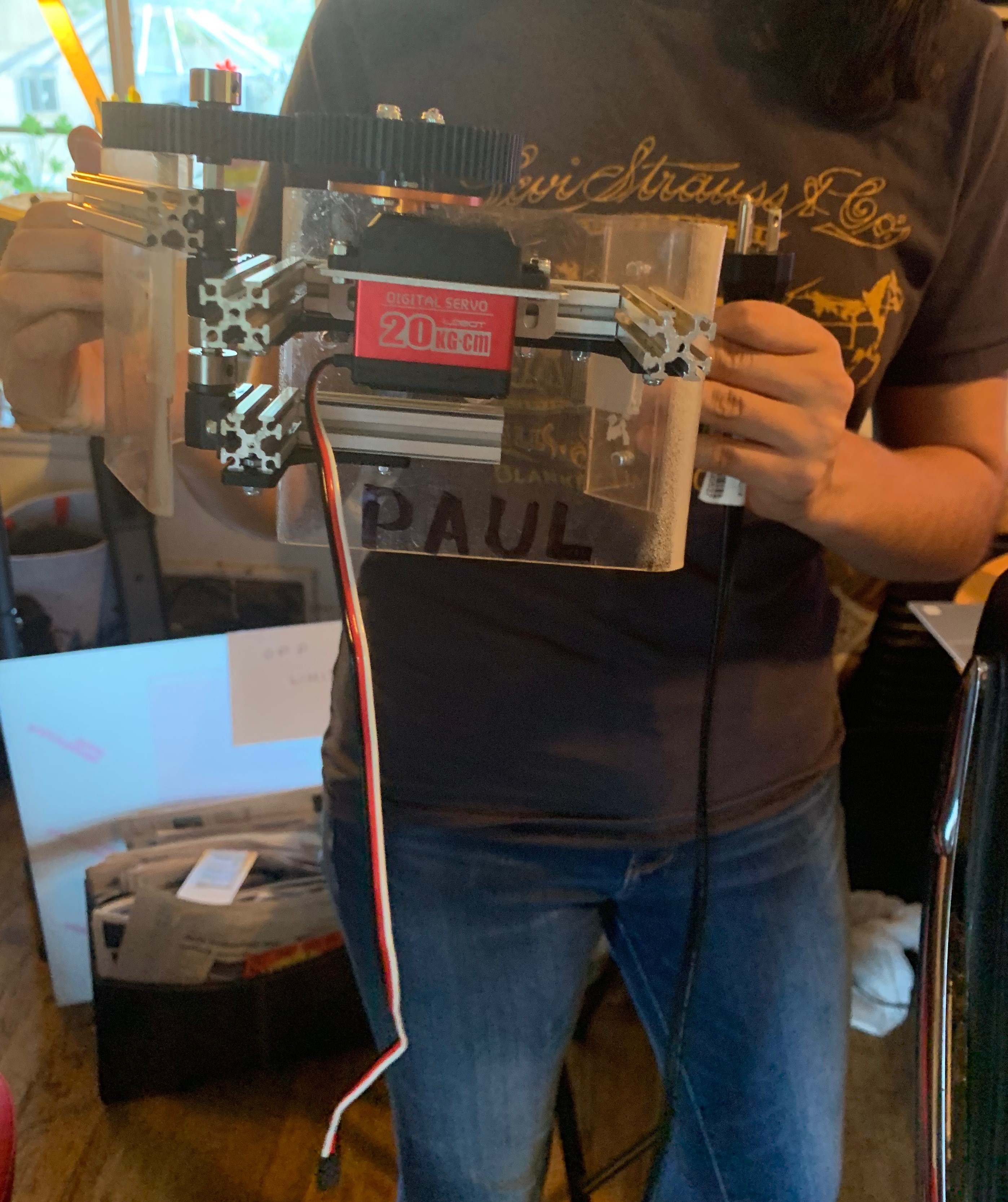 P.A.U.L was originally designed with a hole in the top where a servo could push a small polycarb rod straight down, pushing the stone out of the grasp of P.A.U.L. This might have worked, however we decided that it would most likely be more efficient and easily controllable if we switched to some sort of pivoting mechanism where one side of Paul could be controlled by a servo. The way that works is by fixing one side to an axle that is attached to a gear. That gear is then controlled by the servo on top of P.A.U.L.

In the future we plan to test different gear ratios, that way we could figure out the perfect ratio of torque to speed. We want a good amount of torque that way we can grip the stones tightly and securely so they don’t fall out while being jostled around on the field, however in this years challenge speed is going to be very important.