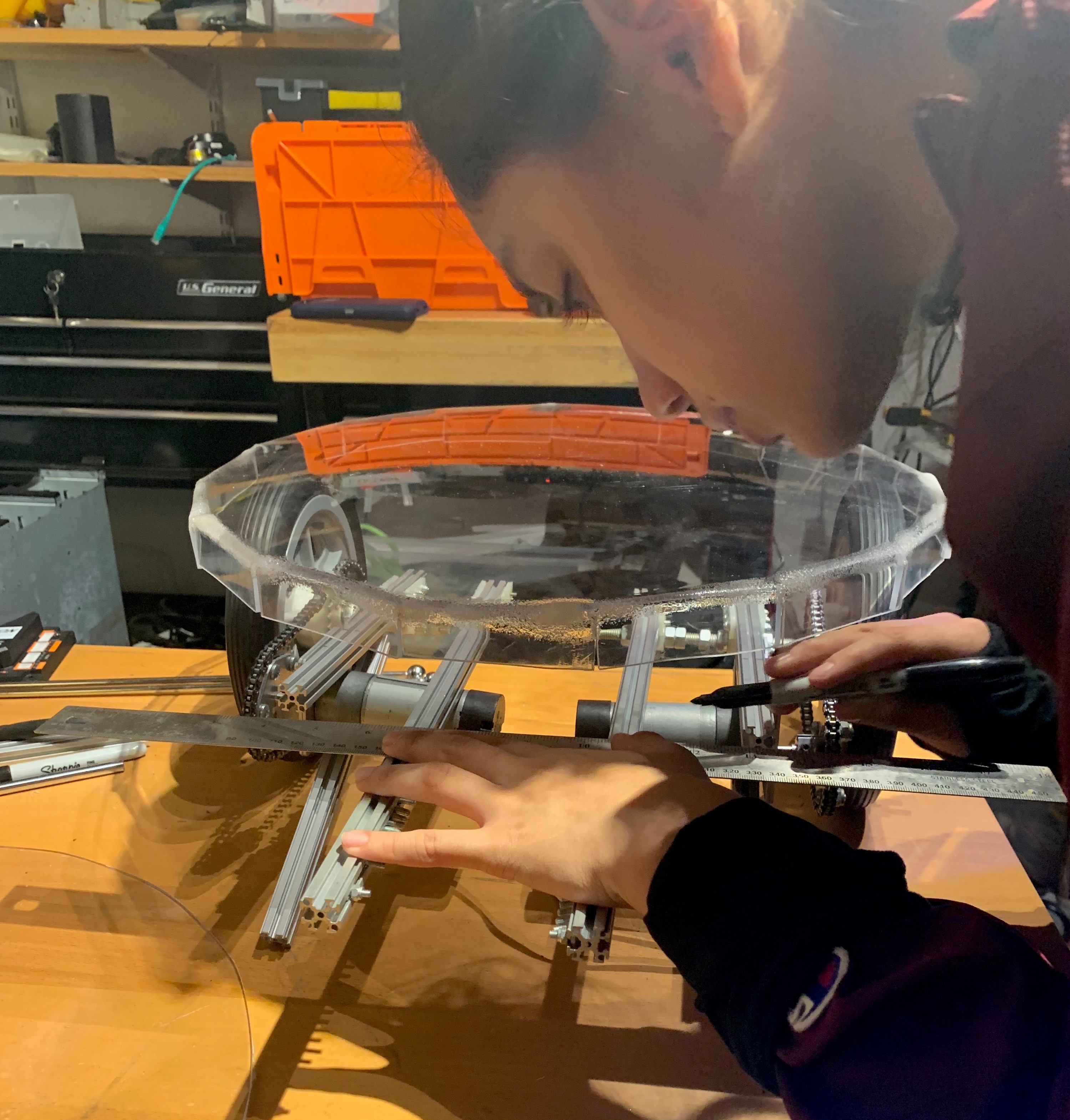 DISD students have been blessed with a long weekend, which we plan to take full advantage of as our first scrimmage is closing in. Just as we started to test drive Frankendroid, we began to notice some faults with the robot. Lots of these were common errors, which can likely be attributed to the fact that we sped through the building of Frankendroid very quickly. For one, we left off a lot of pulleys on our belt and pulley system, which left the entire thing very loose and in need of tensioning. We also had an issue of bearings slipping out of their sockets for the gripper's elbow attachment. We promptly made sure that the axle and belt systems were set up properly. 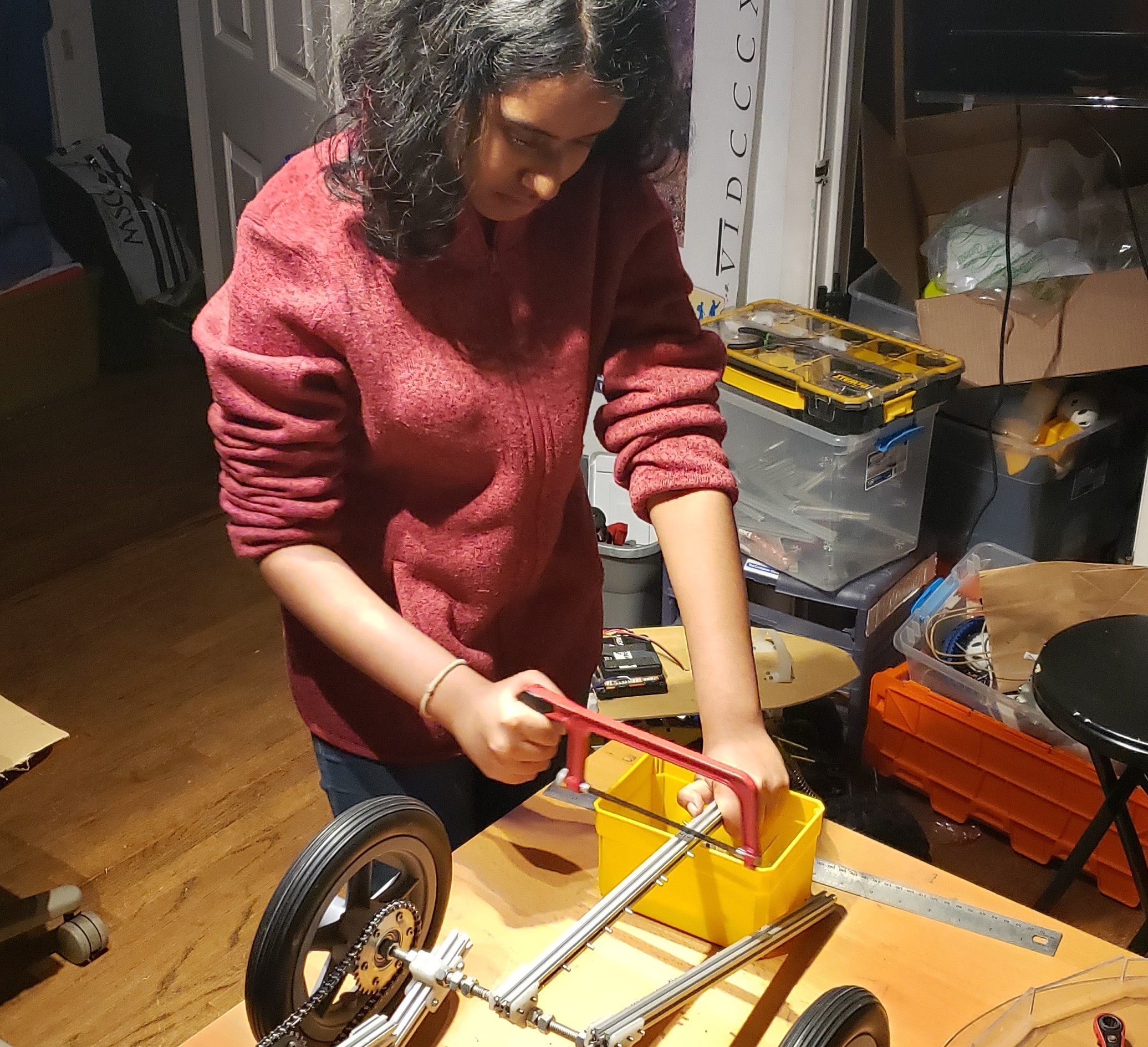 So far, much of the team's focus has been on building a robot, and we're just now getting around to coding. So besides tuning up Frankendroid, we took a look at our autonomous program. To start, we drew an auto path (version 1). Then, considering Iron Reign already has a large code base from all its years doing FTC, we copied the pre-existing minimech code to start the code for Frankendroid. In terms of the drive train, Frankendroid is pretty standard with four mecanums in a rectangular shape, and so the hardware map was the same. We had some null pointer exceptions due to calls to nonexistent motors, sensors, etc. Additionally, the motor behaviors were not working such that doing the controls to move forward and backwards actually made the robot strafe, and strafing commands made the robot rotate. All of this was fixed in code. Afterwards, we calibrated

Lastly, we did build work on our work-in-progress TomBot. From wheel to wheel, the span was too great to fit within the polycarb frame we had previously cut. Everything (wheels, motors, extrusions) had to moved closer together on the main axle, and then centered. The two center extrusions intended to be a point of attachment to the polycarb frame extended past the perimeter of the frame, and so these had to shortened with a hacksaw.

Our code team is now gearing up for an intensive two weeks of writing and fine tuning code for the robot. Drivers will take this opportunity to practice driving and become familiar with controlling Frankendroid.