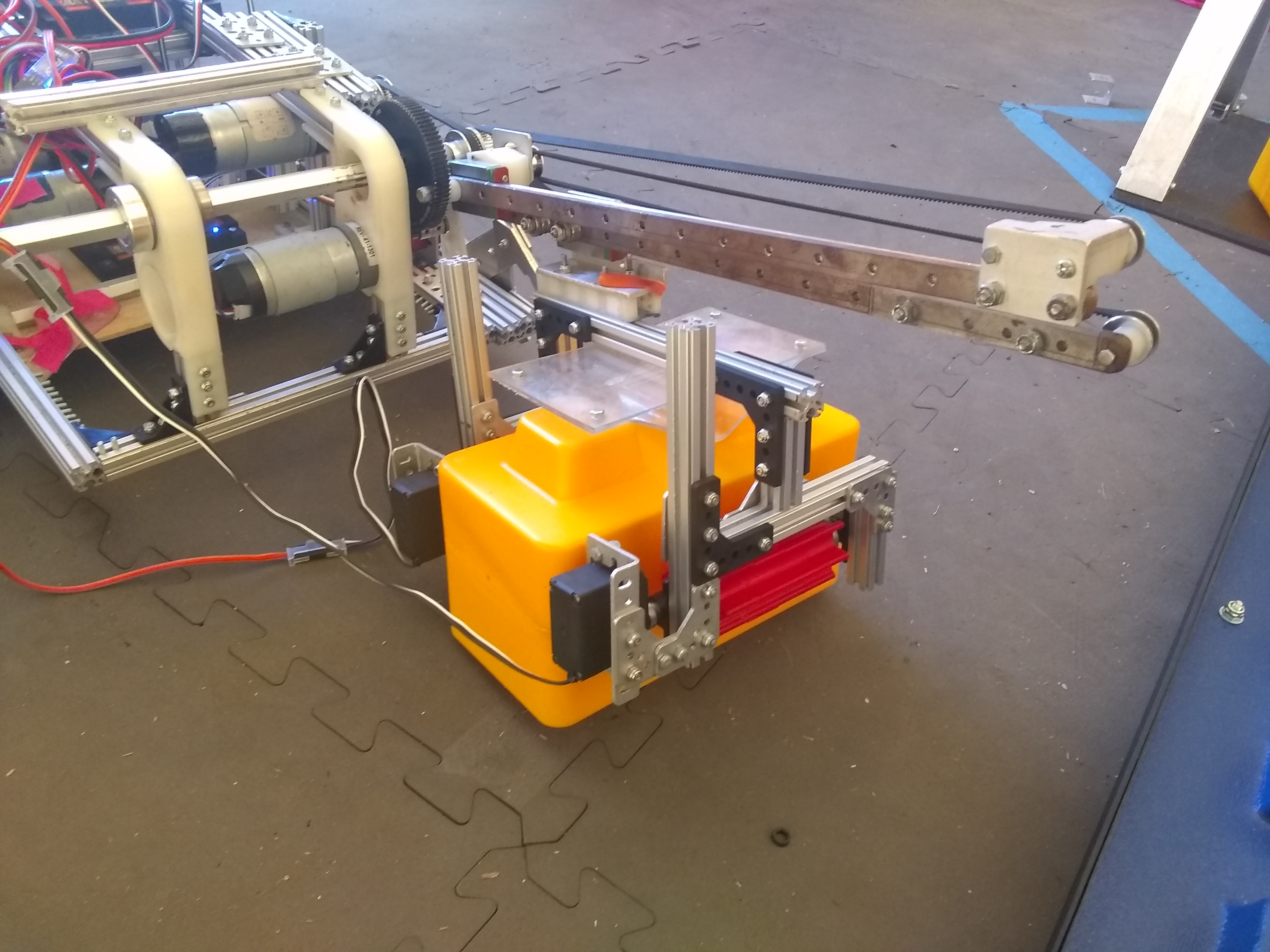 Today we worked on the calibration of FrankenDriod's TPM. This is used to accurately and precisely move during autonomous by having a conversion factor between a given distance and the unit ticks, which is used in the code. This was done by commanding FrankenDroid to move forward 2000 ticks. Of course this wasn't a meter, but the distance it did travel(in centimeters) was divided by 100 and multiplied by 2000(estimate used above) to get the approximate TPM. After a few times of getting the number of ticks perfect, we got it exact to the centimeter. This was also done for strafing and with that we now have an exact TPM that can be used when programming autonomous.

Now for the fun part, actually programming auto paths. These will be planned out and coded at a later date.