Driving at the Hedrick Scrimmage

Tags: think and control
Personhours: 8
Driving at the Hedrick Scrimmage By Karina and Jose


Task: Figure out what went wrong at the scrimmage 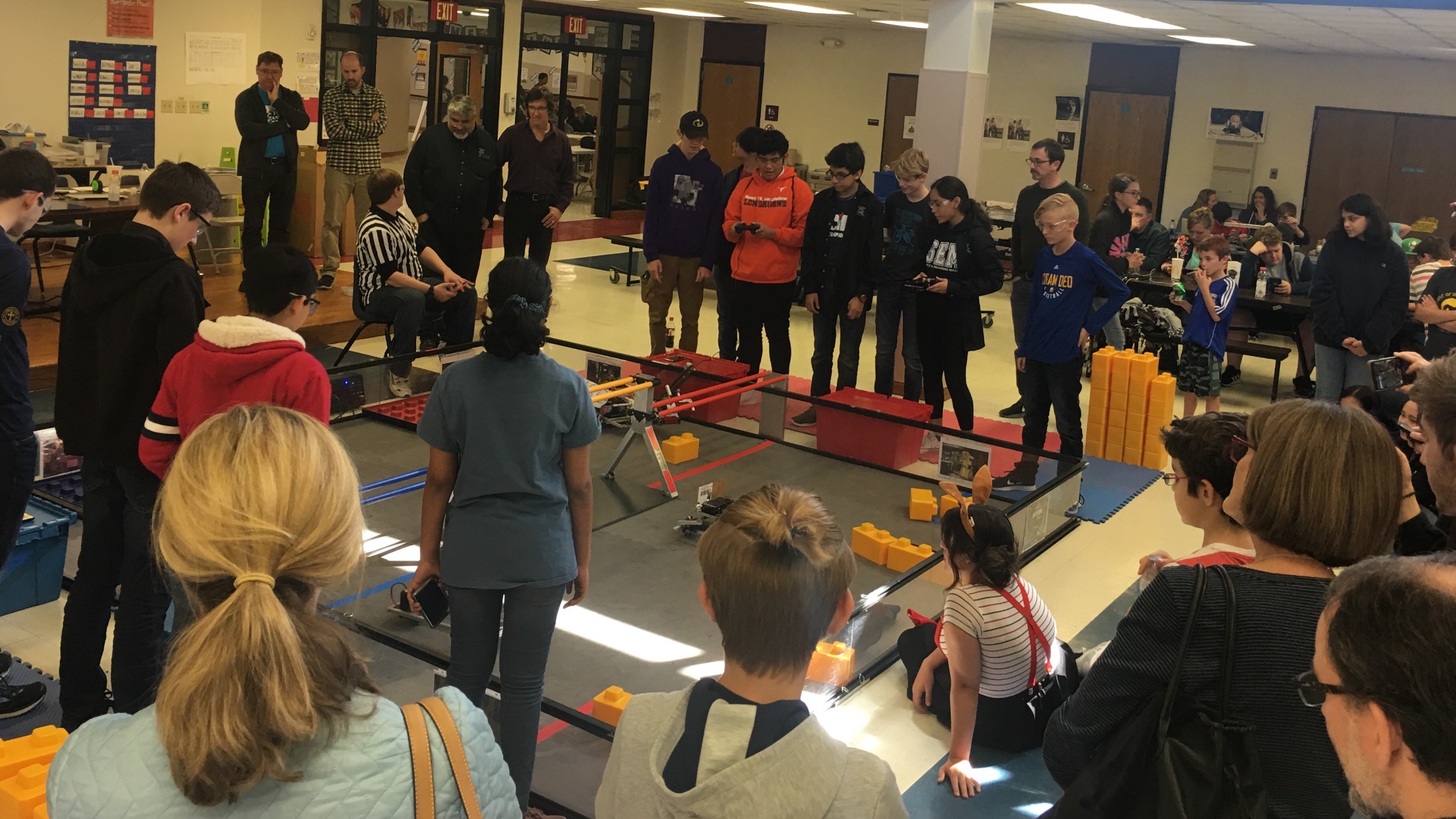 We didn't do too well in teleop driving at the Hedrick Scrimmage, with our max stone deposit being 2 stones. There are several things to blame.

In usual Iron Reign fashion, we didn't start practicing driving until a day or two before. Since we were not familiar with the controls, we could no perform a maximum capacity.

There were also more technical issues with our robot. For one, the arm was mounted wihh little reinforcement. Small amounts of torque provided when dragging a stone across the floor gradually made it so that the line of the arm was not parallel to the frame of the robot, but slightly at an angle. And so, picking up the stones manually was not as straight forward a task as it should have been.

This flaw could easily have been corrected for if Frankendroid could strafe. Frankendroid struggled with this. When extended, the weight of the arm lifted the back wheel opposite the corner on which the arm was mounted on off the ground. Thus, strafing to align with a stone when the arm was extended was a lengthy and tedious task.

Frankendroid has served its purpose well: it moved at the scrimmage and gave the team a better feel for the competition environment. But it's time to let go. Moving forward, Iron Reign will focus its efforts on building our circular TomBot Ironically, we will likely have to deconstruct Frankendroid to harvest parts.