Task: Discuss what went and what needs improvement in our code 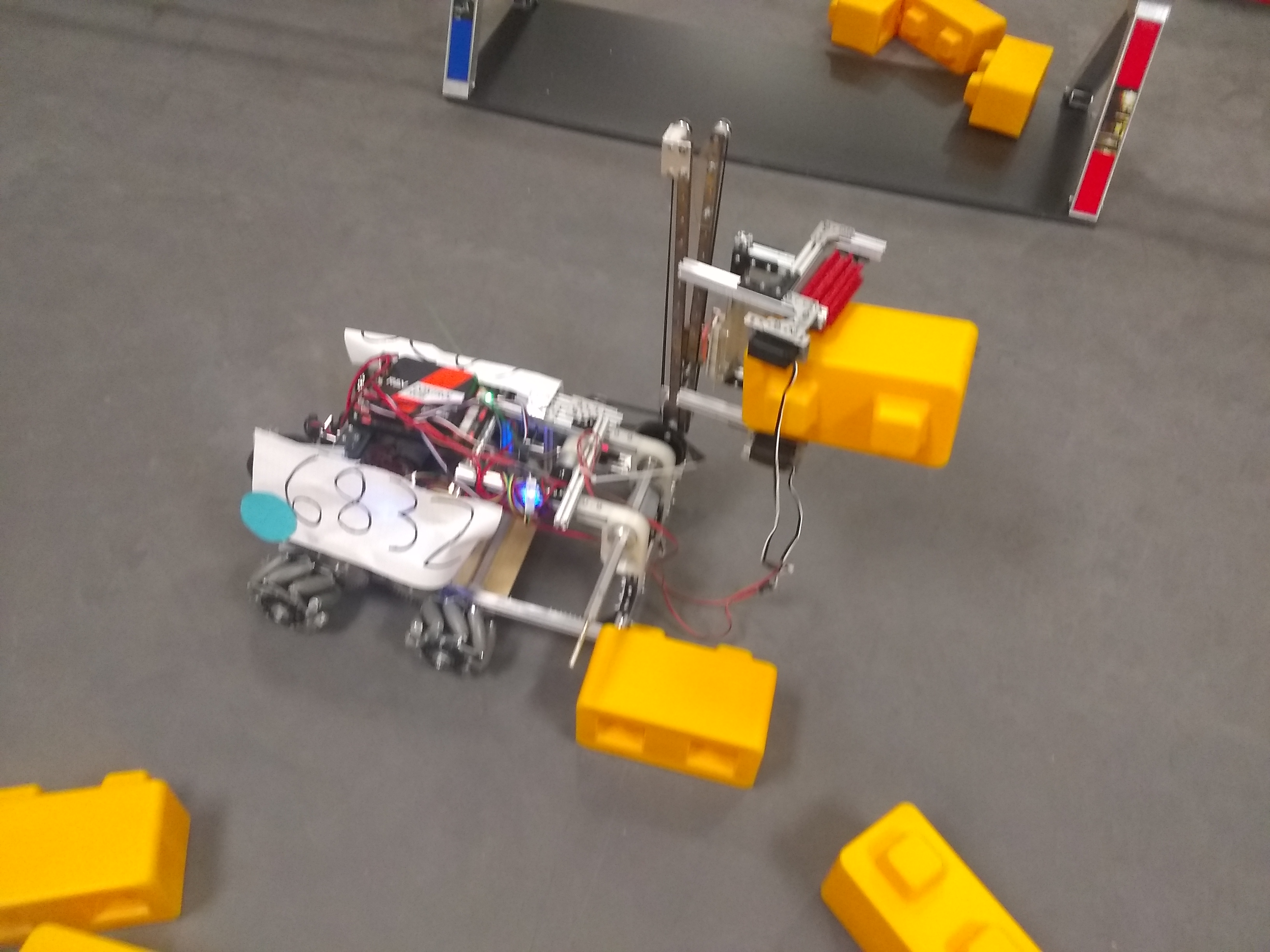 Taking part in the annual Hedrick Scrimmage, we got to test our Robot In 24 Hours, FrankenDroid. Specifically, since both coders on the team are new to the sub-team, we wanted to see the code capabilities we could offer. For this event we had two autonomous paths: the first one simply walks underneath the skybridge for some easy 5 points, the other grabs a stone(we had no vision on FrankenDroid so no way to detect a skystone), moves to the building zone to drop said stone and parks under the skybridge. For being coded in a just a few days, these auto paths were both high in pointage and accuracy/precision. As well as auto, we wanted to test driver enhancements. These were coded at the event but proved to be useful. They include: a button press to move the arm to either fully retracted, perpendicular to the ground for strafing, and disableing strafing whilst in stacking or intake mode. These also proved to be effective on the playing field, making the drivers' life easier.

We need to incorporate vision into our autonomous, most likely Vuforia, to be able to detect skystones as well as speeding up the auto paths to be able to complete a 2 skystone auto.