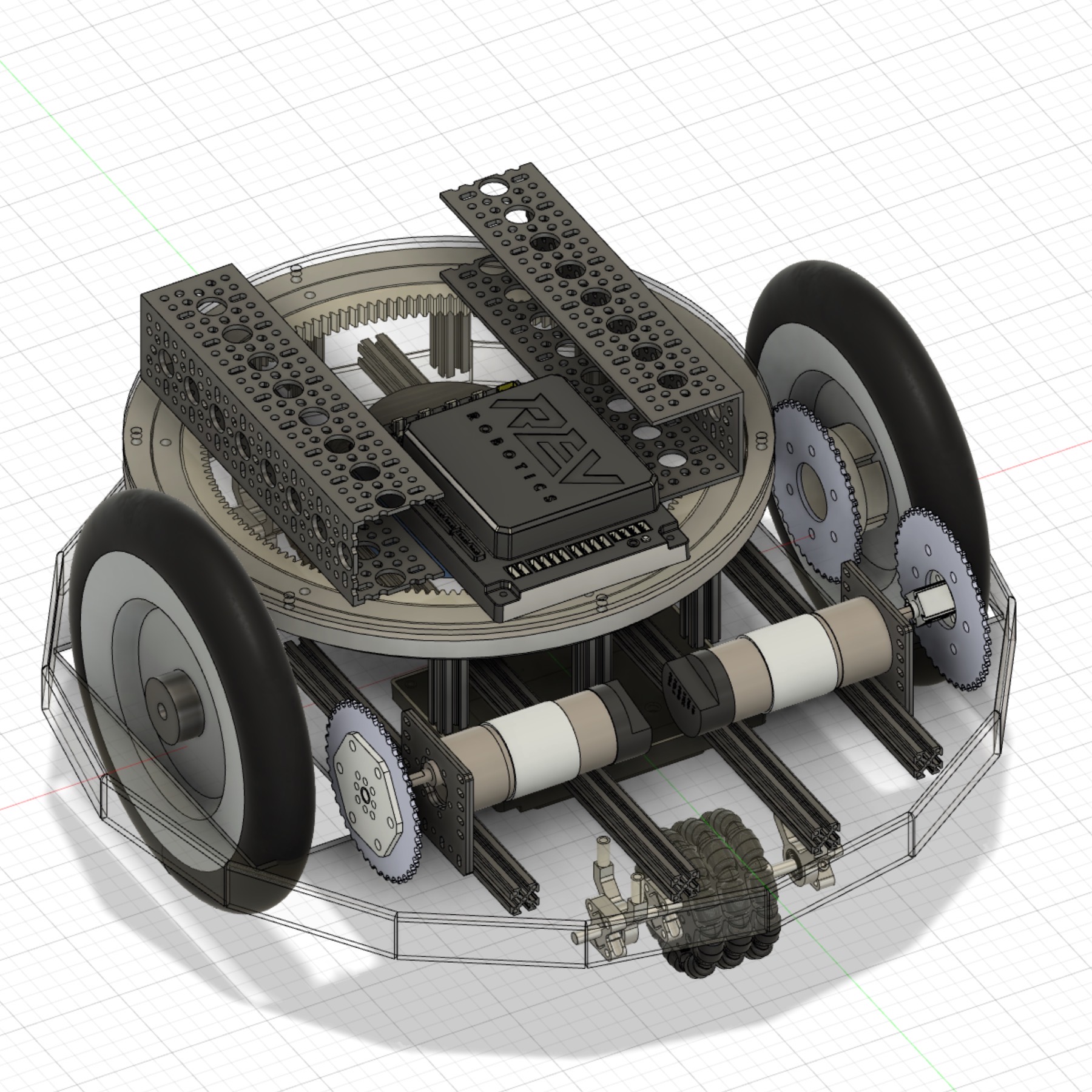 With our first qualifier being less than a month away, Iron Reign embarked on an ambitious project to create a robot with a circular chassis named TomBot (which was, for reference, named after our coach's cat, Tom). Before we began the build of the robot, we planned out the chassis design in an earlier post on CAD. Now, with our chassis progress from last week, the model has been updated.

The updated model still has the same base chassis design from the earlier model, but it now has extrusion bars above the chassis that were added in to the actual robot last week. It also has a turn table mounted on top of it to support our gripper arm and a gripper arm. As of now, the turn table hasn't been built yet but planning it out in the robot model will make it more efficient for us when we do start building.

With our robot model in progress, we can now plan out all our steps ahead of time in CAD so that we will make less mistakes on the physical build. We will be updating the model as the season progresses.