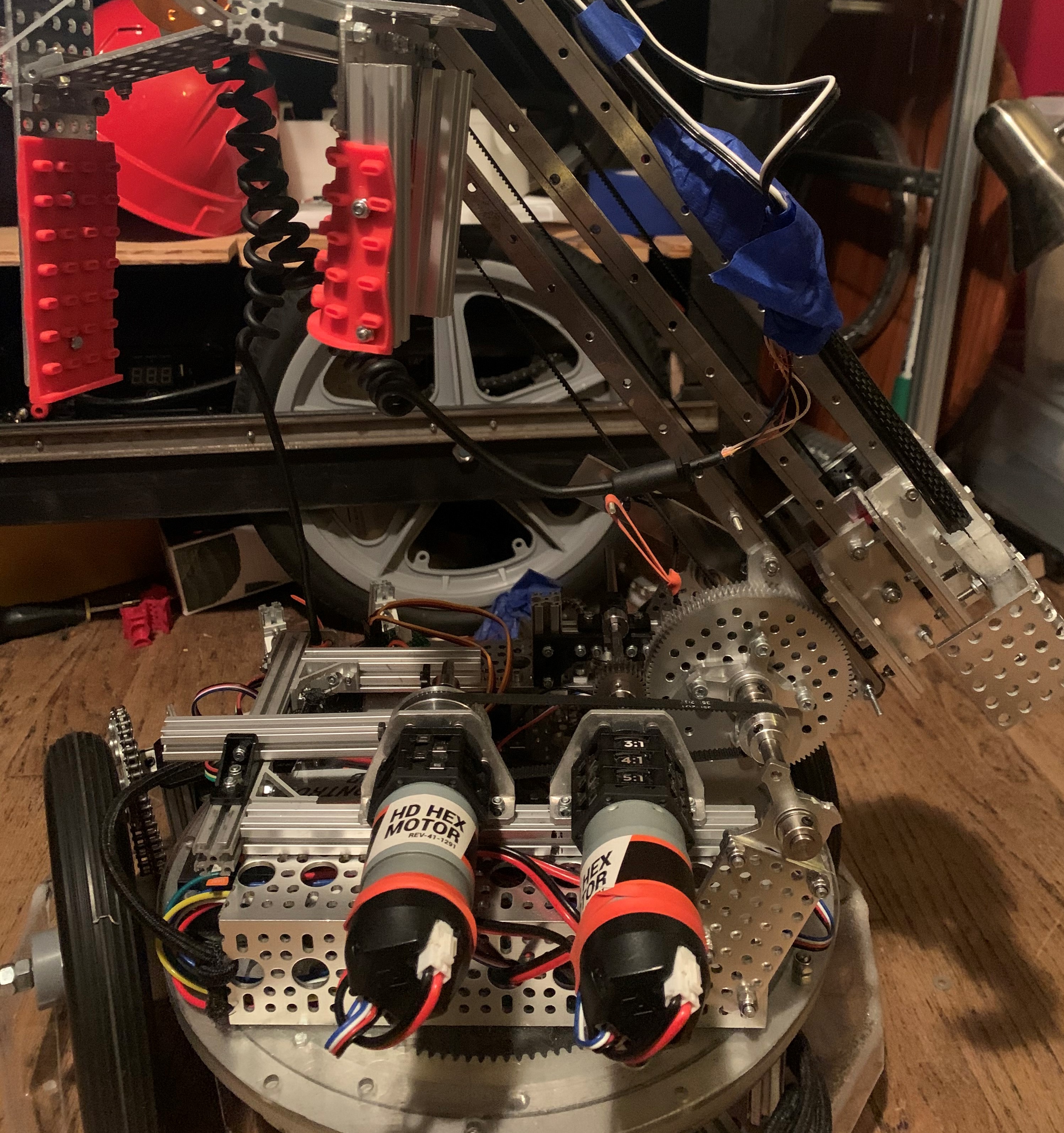 Moving on from the Allen qualifier, there are a couple issues we need to fix. Aside from the usual wear and tear a robot experiences in it’s relatively short life-span, there are some specific opportunities we have for optimal robot performance which we hope to act upon.

First, our grippers don’t have enough degrees of freedom to rotate fully. Being able to rotate gives the ability to pick up stones from any orientation. As such, we plan to create a swivel mount which will allow them to turn enough to grab and place skystones.

Second, our grippers don’t have the best grip potential, so we hope to find more “grabby” materials to improve their grip. This can be anything from 3D-printed parts to some oven-mitts, which we have been considering using for a while now.

Third, our robot moves slower than we’d like it to and the turntable lacks control when turning. Part of this comes with having motors and gears with a “good enough” amount of torque to give us more control or vice versa for speed. As such, we hope to calculate the exact amount of rotational force acting upon the robot to determine how to improve its speed or control in functioning. This can be as simple as finding new motors.

Finally, we want to build a completely custom-built robot. Other than being a pretty cool flex, customizing our parts allows us to have a greater degree of control on the functionality of our robot subsystems, as demonstrated with the logarithmic spiral we printed to reduce stress on the elbow. Part of having a custom-built robot means documenting all our current parts in a bill of materials and identifying which of these parts we can manufacture in our new CNC Mill. Although we know this isn’t a goal we can accomplish before our second qualifier on the 11th, it is one we can have done hopefully before regionals.

This time, we want to test our build improvements more often since testing is one thing we haven’t been too keen on during preparation. This is mainly a long-term list of goals we want to focus on but other smaller improvements will be detailed per usual in blog posts.