Task: Create a handle for the robot to make it more inspection-worthy 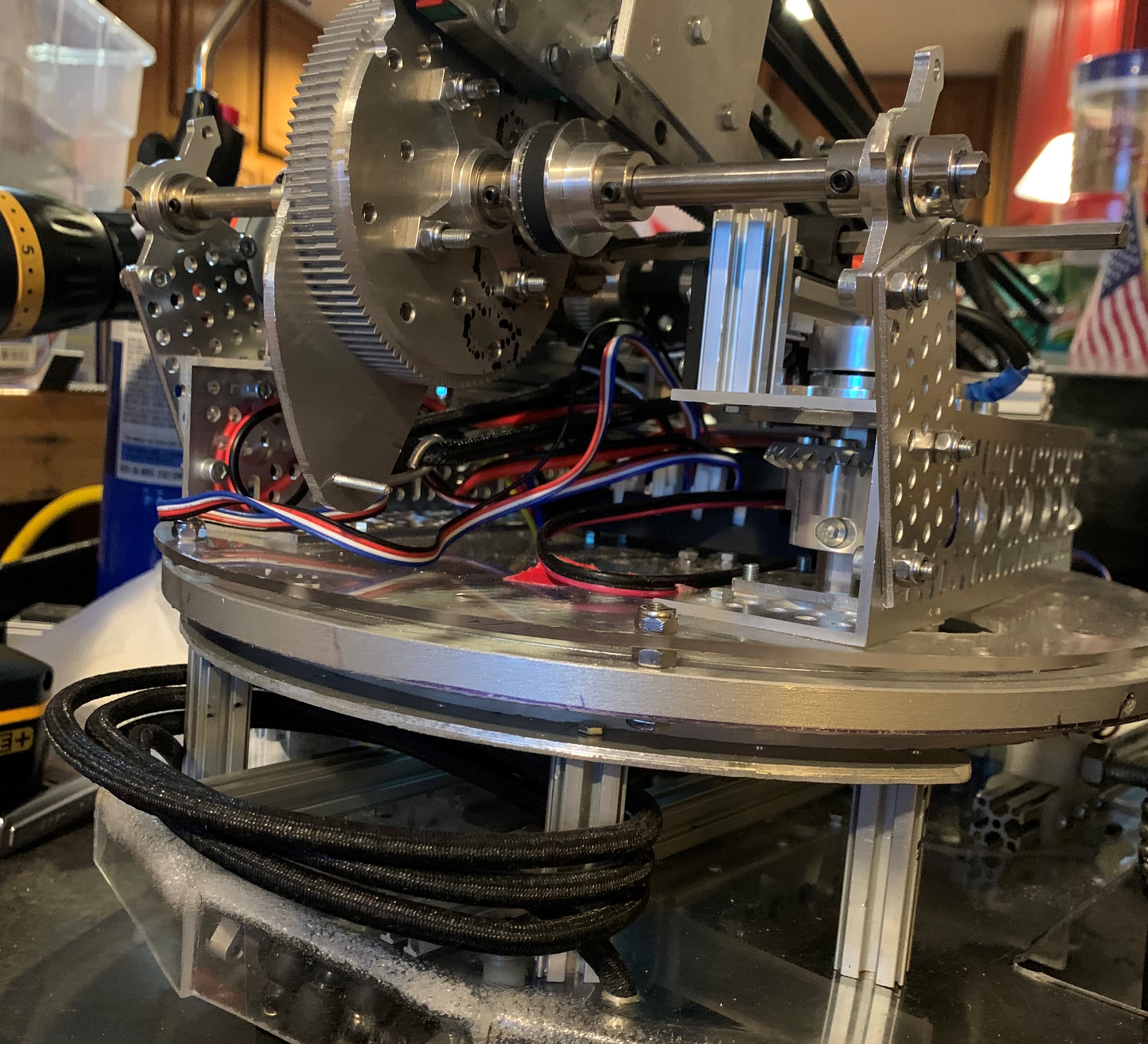 The robot handle is a revolutionary piece of precision engineering, designed to allow the robot to lifted by a carbon-based linear motor, known as a human arm. The handle is made of a composite material, consisting of a matrix of polyurethane fibers surrounded by a carbon-based synthetic thermoplastic polymer sheath. This cording material shall henceforth be known as “Bungee cording”. This “Bungee cord” is wrapped around two aluminium support struts to ensure structural stability and ensure that the forces induced by the carbon-based organic linear motor don’t exceed the ultimate structural limits of the attachment points, which would result in the uncontrolled acceleration and subsequent sudden deceleration when the robot impacts the surface below. This would be bad because the robot is expensive and the ground is usually hard.

This bungee cording helps protect the puny little meat sticks we call fingers, because for some reason that getting your fingers sliced open by the robot is bad or something. The meatbags that our team consists of need to be protected as per FTC regulations.