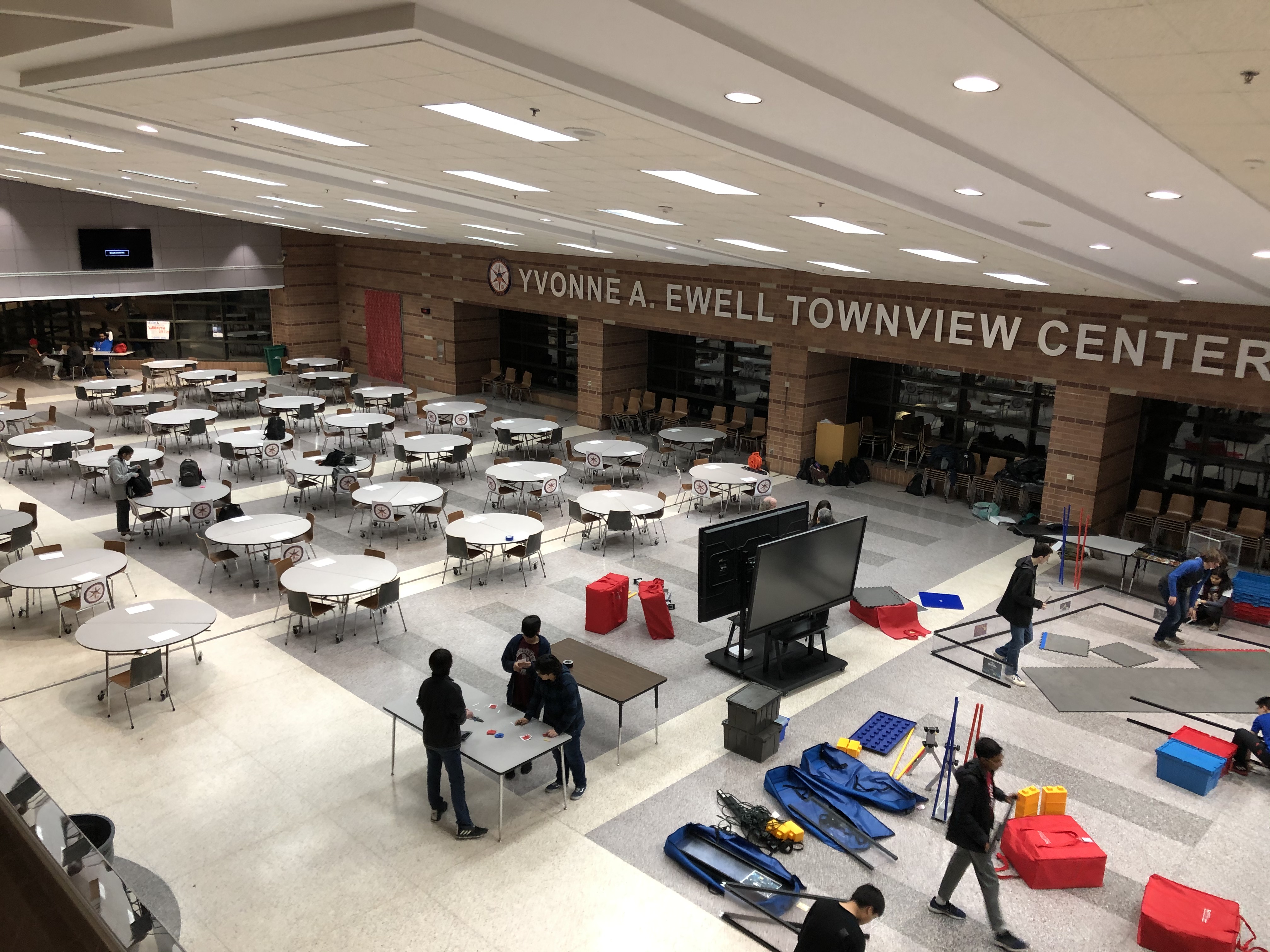 Tomorrow, December 14th, Iron Reign will be hosting the 2019 Townview Qualifier. 31 teams will be competing and we expect several hundred people to attend the event. We have recruited volunteers from Imperial, Iron Core, and Iron Golem, along with PTSA volunteers from our home schools, SEM and TAG. For our competition, we required over 31 individual tables for each team, 4 queuing tables, and about 6 other tables for snacks, equipment, and inspection. Three fields were also set up, two were brought in as competition fields, set up in the main cafeteria, while the third was provided by Iron Reign as a practice field in the far corner of the cafeteria. Two large monitors were provided by the schools to display match information during matches, along with live results, while the other was used to display inspection status and ranking. The competition fields were setup to the east of the cafeteria with several rows of chairs for spectators. Behind the fields were 4 queuing tables, two per field. We initially placed 4 chairs at every team table, however, more were available along the walls for teams to use. On every team table, we placed 2 signs with the team numbers of the team assigned to that table. Teams were organized by team number to make queuing easier.

Although we finished most of the preparation, there are still a few things left to do. We will need to construct a map of the pits, transport volunteer supplies (like snacks and water), and provide training for volunteers.