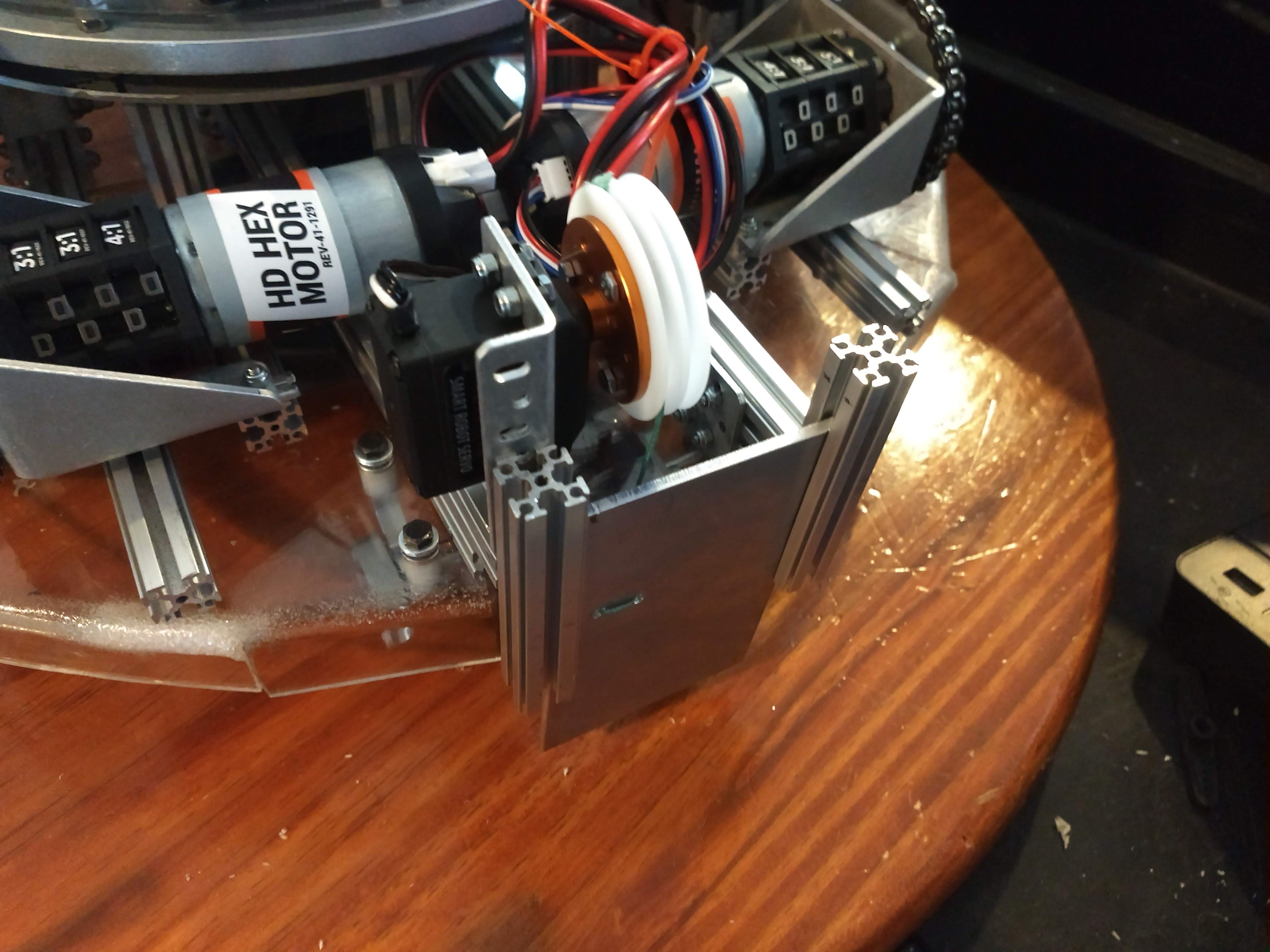 Moving the foundation throughout a match is an important part of the overall gameplay of a team. The builders on Iron Reign went through many different designs before reaching the one we have now. Early in the season, we simply settled for a simple hook attached to a servo on the front of the robot; however, this proved to be quite unstable. The foundation wobbled back and forth when the robot was in control of it and with this in mind, we went back to the drawing board. The second design we had in mind was a lot like the first but with two large, unwieldy, polycarbonate hooks that spanned at least four inches. These were often great at keeping a stable grasp on the foundation but they were made out of polycarbonate and flexed quite a bit and also were just too big in general.

The design we have now consists of a sliding metal door that is controlled by a servo with a spool of string on it. The metal door models something of a guillotine that lifts to let the edge of the foundation in and then drops to secure it. This door, with its wide bottom, provides a great amount of stability and the base that its mounted to makes it so that the force inflicted by the foundation is passed into the base and then into the drivetrain. The fact that the grabber is not only attached to the servo but also fixed to the robot makes it so that the moving parts are less likely to snap or slip. And all of the components fit into a small space that should not be too much of an obstruction to the arm. Overall, this foundation grabber checks the boxes that the previous ones did not, It's compact, controls the foundation well, and definitely won't bend or snap.

No design for any part on any robot is perfect and this grabber is no different. The spool and string that is used to control the door is most likely temporary because there is probably a better way to open and close the door of the grabber. However, one thing that can and will be improved upon with the spool and string is that if provided with an upward force, the door of the grabber will open. This can be fixed by making the string on the spool continuous which will prevent this from happening by providing an opposite force, holding the door in place.