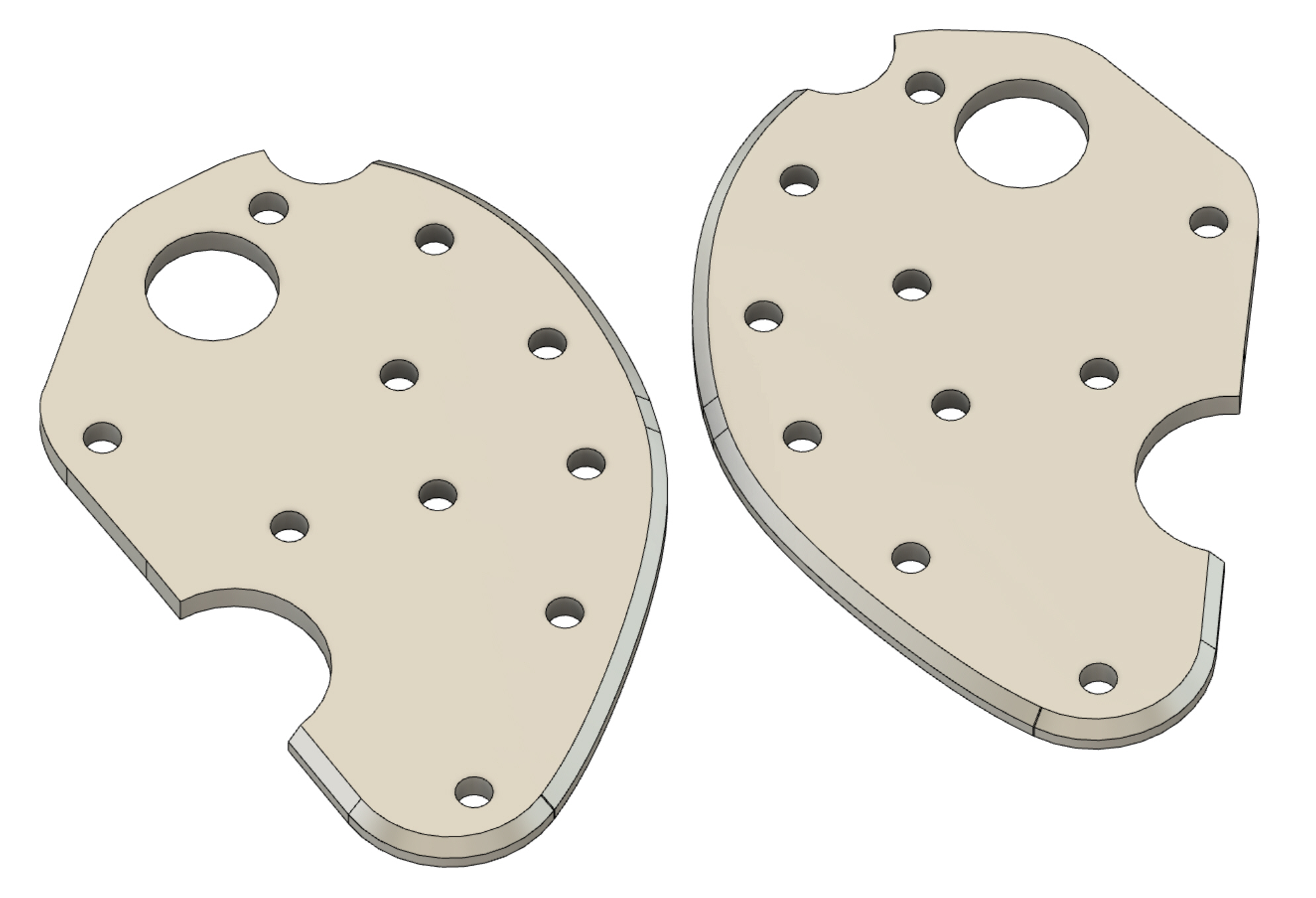 As the design and build of the robot progresses, many components must be updated to be compatible with the current design. The logarithmic spiral, which was used to linearly decrease the load on the elbow with a bungee cord, is one of these. The article for the original design is numbered as the 45th post in the engineering section and is dated 15-11-2019. Prior to updating the design, the part would interfere with the drive shaft for the elbow. This typically wouldn't have been a concern, as it provided a safe way to limit the movement of the arm, yet we have determined that we need a greater range of motion. To do this, we simply cut a small half-circle out of the spiral. This was a relatively simple fix which would allow us to stack the blocks higher, scoring even more points.

The next fix was the mechanism for attaching the bungee to the spiral. We plan to attach a bungee from both the front and back of the spiral to generate a greater rotational force. A design issue we encountered was running a bungee to the back of the spiral. There was no simple method for attaching and containing the bungee. To overcome this, we decided we would attach the bungee to a string from the back of the spiral. The final spiral design required two individual machined parts. Each part would have a chamfered edge, forming a channel when the two were put together, allowing the string to run within that channel. The two parts would be connected using three new holes to prevent the string from wedging itself between the two. 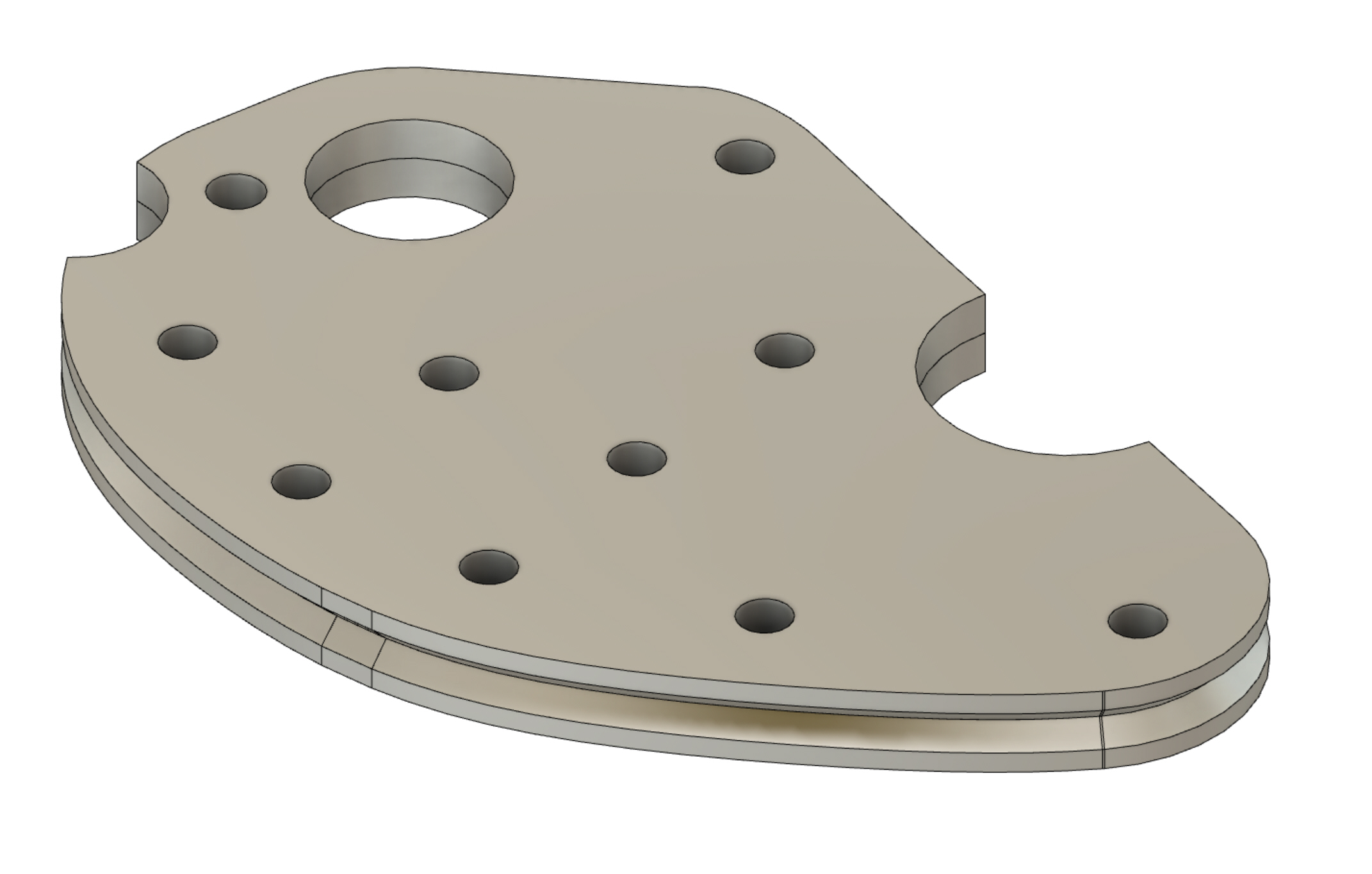 The image below highlights the changes made to the original part. The chamfers along the edge were added along with three holes to connect two of the parts. The half-circle is also highlighted. These changes should enable us to assist the elbow in lifting the arm with greater efficiency than with the previous version of the spiral. 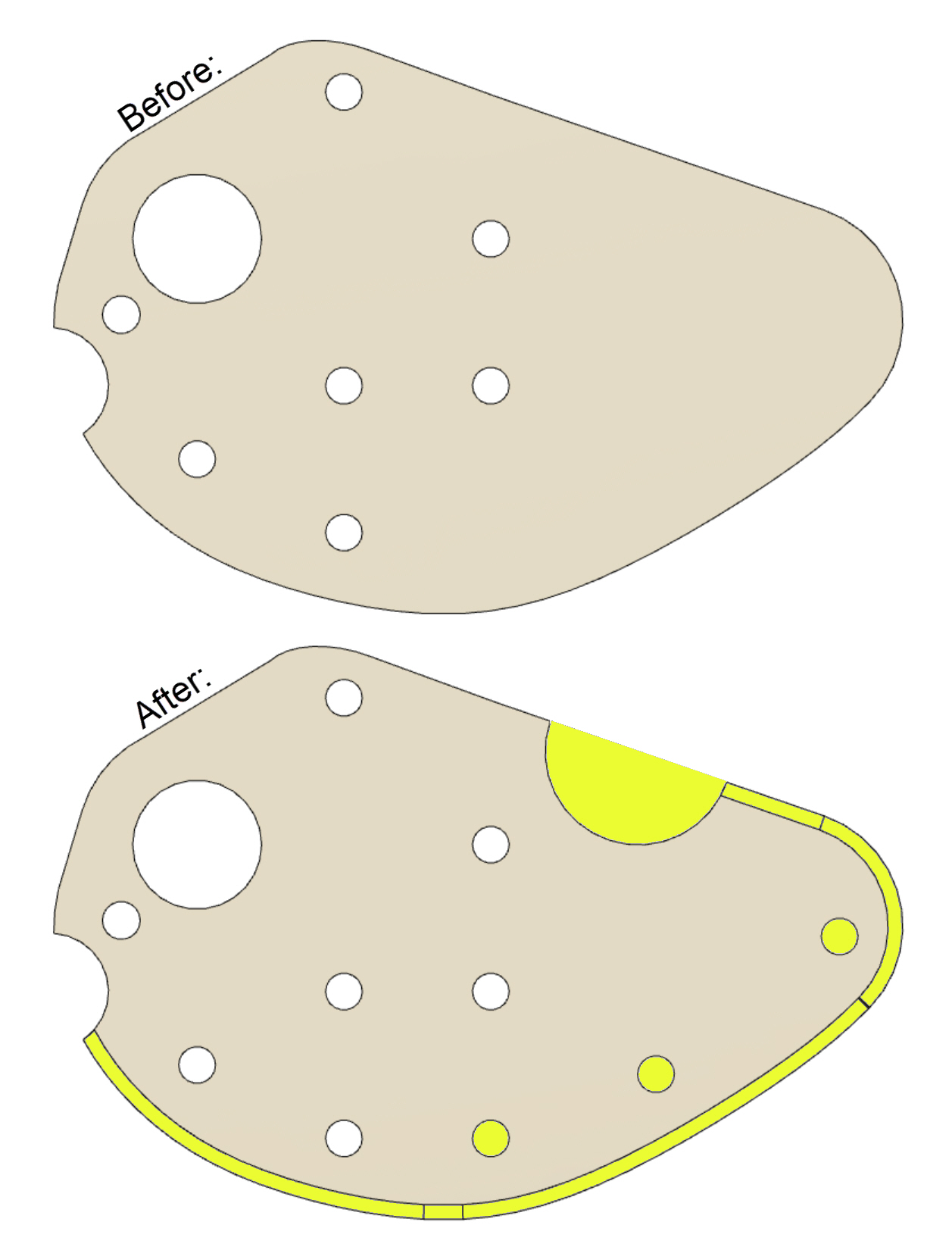 Our next steps are to machine the two parts and determine how much tension we need on the bungees to generate enough torque to assist the elbow.