Tags: innovate and design
Personhours: 4
Dissecting the Turret By Karina and Cooper


Task: Figure out why the turntable isn't turning 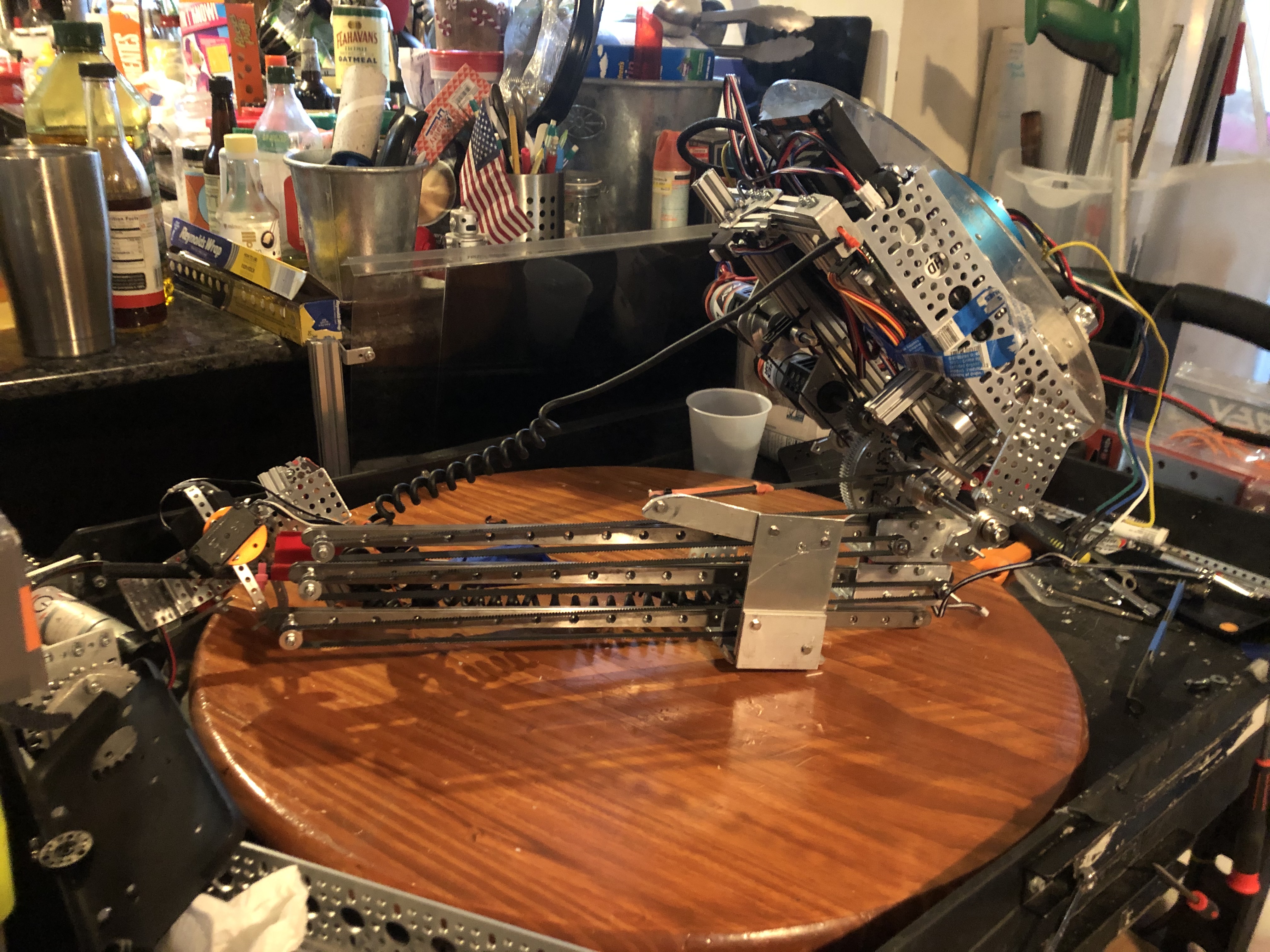 Just as Iron Reign was at the point of getting driver practice started and hunkering down to do autonomous, the turntable stopped working. The issue was that there was heavy skipping of teeth between the planetary gear and pinion gear which drove the turntable. Still, there was no obvious reason for why the gears had suddenly disengaged.

To get to the root of this issue, we took to dissecting TomBot. We had to detach the metal frame which supported the turntable from the chassis just to get a better view of the problem area. 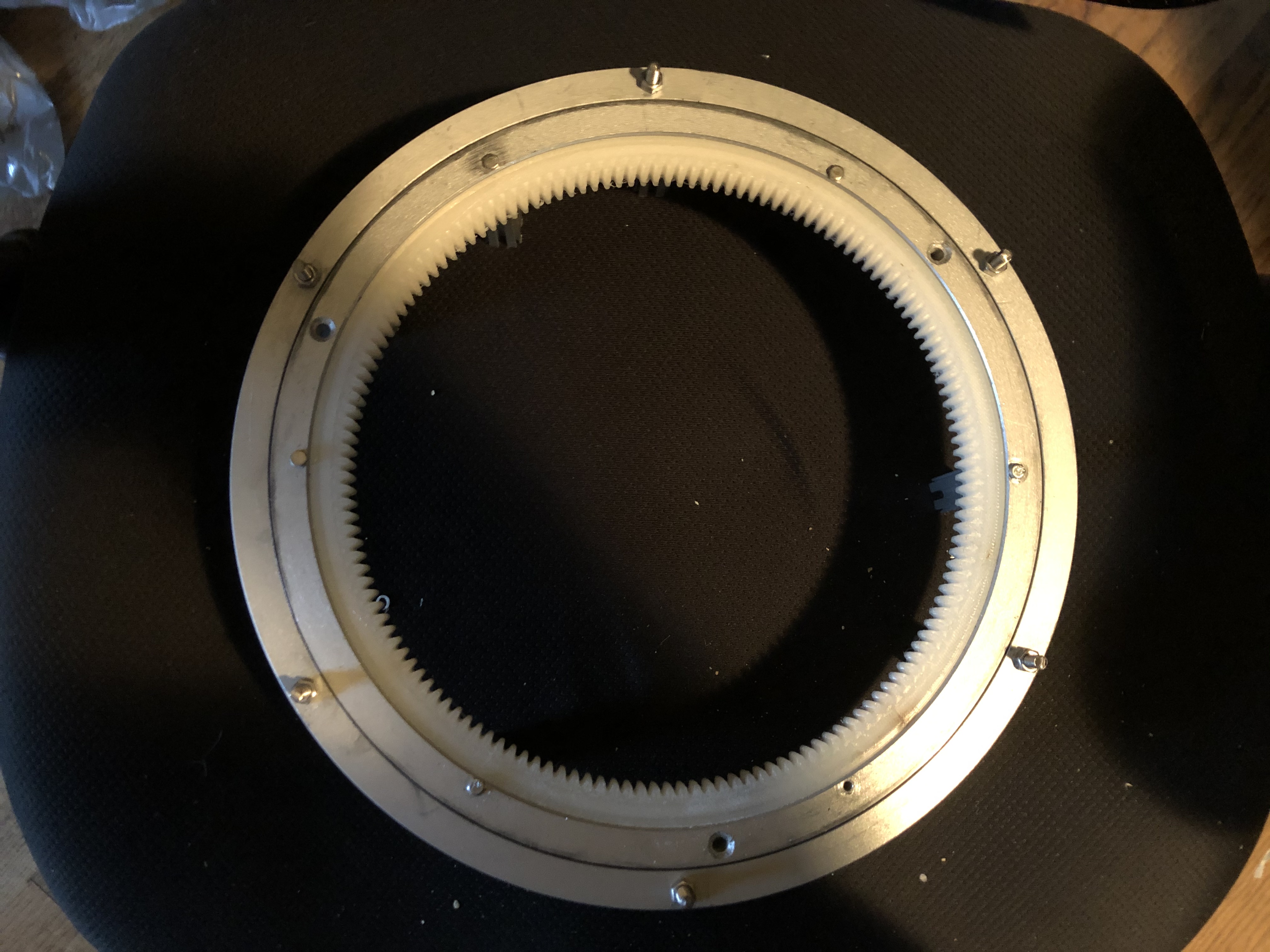 Ultimately we chalked it up to the metal plates shifting on the polycarbonate circle of the turntable from all the movement. Our solution was to shift everything on the turntable over a small amount in the direction of the point along the planetary gear where the pinion gear engaged so that there would not longer be skipping. We got to work with but drivers and pliers to detach the turntable attachments from the turntable, and then the slip ring, and then the circular polycarbonate plate from the mass of motors, wiring, gears, linear slide, and the gripper that make up the arm. Once we had the circular polycarbonate plate isolated, we used a dremel with a drilling bit to widen the holes through which the bolts attached the entire arm system to the plate. We figured shifting out the turret may alleviate the issue.

We will have to find a more solid solution for this in the event that this becomes a recurring problem. I suspect that the underlying cause is that the materials that we used for either printed planetary gear or the polycarbonate plate upon which the whole arm rests could not handle the stress of the torque and speed of the turntable. Going forward we can conduct some material strength tests to determine if they can handle the stress, or if we should find a replacement. To be frank, even after dissecting Tombot, we were not certain about the cause behind the planetary gear disengagement.