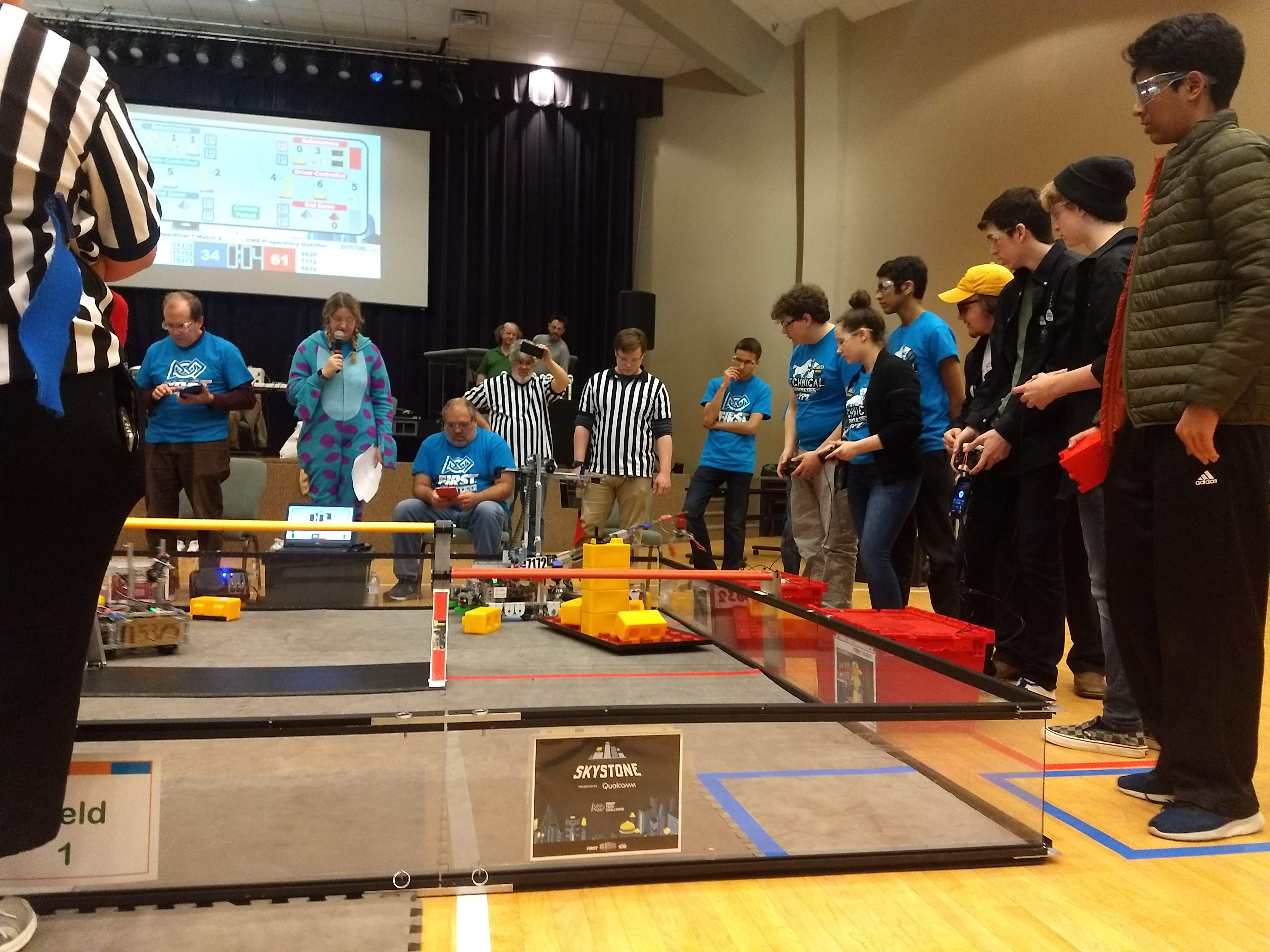 Today Iron Reign competed at our second qualifier at UME Preparatory Academy with TomBot which could have been better in terms of autonomous, driver practice, and build. But regardless of this, we were still able to be in the winning alliance and the following are descriptions of the match play that made that happen. For reference, we have a separate post underlining the analysis of the qualifier that does not include match analysis. This post merely details how each one of our matches went, and we will have a future post discussing our drive issues at the competition.

Match one was a little bit of a disappointment even though we won 26-19 because we made almost no points from auto (which we didn’t have) or the tele-operated period. The 25 points we did make in the endgame were made because we moved the foundation out of the build zone with the foundation grabber, which didn’t line up very well.

With the driver practice from match one, we entered match two, stacked two blocks, and tried to move the foundation again but the grabber kept getting stuck. And it didn’t help that In this match our partnering team did not contribute very much which led to the overall score of 8 vs. the opposing alliance’s score of 55.

We won this match 52-15 because of 40 points form the opposing alliance’s penalties and only 12 from what we accomplished. Those 12 points mostly came from moving three stones under the bridge and placing two on the foundation. We didn’t get very many other points because we still can’t move fast enough and sometimes when we place a stone on the foundation we knock it off shortly after.

We lost this match by 77 points. This was mostly because we were against 7172 Technical Difficulties and because we still weren’t able to quickly or accurately move blocks onto the foundation, with only one block in the end. We also were still having difficulties with the gripper and the foundation grabber, which kept getting stuck.

Things actually started to come together in this match and we won 72-16 because the drivers had a better feel for the robot and we fixed the foundation grabber. In the end, we were able to get 3 stones on the foundation and stack two of them. The other points came from parking and our partnering team’s auto which scored 15 points.

Contingent on the fact that we would place a capstone on their tower, 7172 decided to make us their second choice alliance partners. Together in the match, we scored 92 points even though, our capstone got stuck in the gripper. This meant that we contributed almost no points to the final score which was sad. 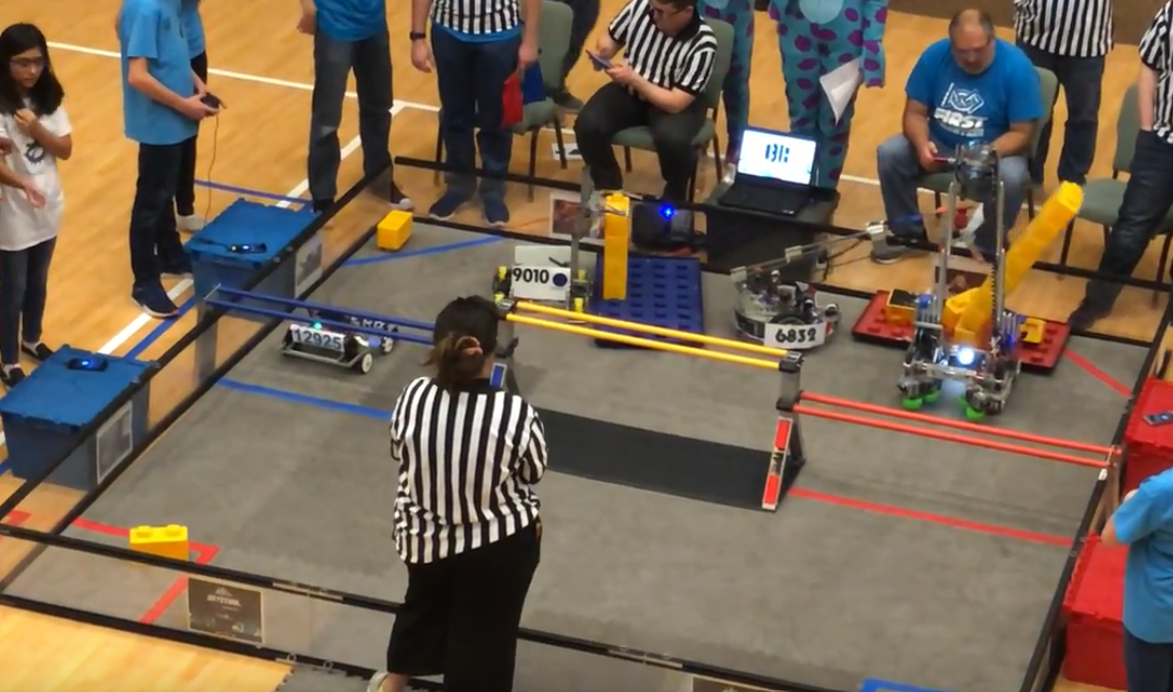 In this match we had the same strategy as the last one, sit around with a capstone and place it at the end of the game. The only difference between the placement of this capstone and the other one was that this tower was 2 blocks higher. And even though the tower’s height caused us to mess up and knock the whole thing over, we still won 51-89.

Overall, the match play of this qualifier did not go plan. Between the awkward flexibility of the gripper’s attachment point, the jamming of the foundation grabber, the lack of driver practice, and the severe absence of a functional autonomous, we only made up to 20 points per match. And if we want to have any hopes in robot performance at regionals we need to do better in all of the aspects mentioned starting with driver practice and autonomous, the two factors that contributed the most to our overall performance.