Task: Use Vuforia To Detect Skystones And Tune Ticks Per Meter 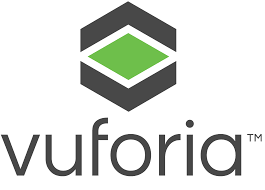 This Saturday, we had the privilege of being a vendor at the Annual DISD STEM Expo. While this event served as a good way for us to showcase TomBot at our booth, it also gave us the much-needed chance to experiment with vision. With this year's game rewarding 24 points for locating skystones and placing them onto the foundation, vision is an essential element to success. To detect skystones, we could have gone down three distinct paths: OpenCV, Vuforia, or Tensorflow.

We chose to use Vuforia instead of Tensorflow or OpenCV to detect skystones since the software gave the rotation and translation of the skystones relative to the robot's position, which could then be used to determine the position of the skystone, either left, center, or right. Additionally, Vuforia has proven to work under different lighting conditions and environments in the past, whereas Open CV requires rigorous tuning in order to prove flexible for a variety of field settings.

The second major task we worked on during the STEM Expo was calibrating ticks per meter. The issue we encountered when driving both wheels forward a set number of ticks was that the robot drifted slightly to the right, either meaning that the wheels are misaligned or that one wheel is larger than the other. To fix this issue, rather than tuning PID Coefficients, we figured out a separate ticks per meter measurement for both wheels, so that one wheel would move less than the other to account for the difference in wheel diameters. After experimenting with different values and tuning appropriately based on results, we arrived at a ticks per meter number for each wheel.

We could have used a more mathematical approach for calculating ticks per meter, which would be equal to (ticksPerRevolution * driveGearReduction) / (wheelDiameter * PI), with "wheelDiameter" being measured in meters. However, this solution would require a very precise measurement of each wheel's diameter, which our caliper is not wide enough to measure. Additionally, this solution would not account for wheel slippage, and for these reasons, we chose the latter approach.

Unfortunately, the vuforia vision pipeline did not work at the STEM Expo, which may be a result of bad lighting or some other code error. Moreover, constants such as the camera's placement relative to the center of the robot have not been measured as of now, which is a task for the future. In order to make sure vuforia is working properly, we should send the camera's feed into FTC Dashboard in order to debug more effectively and pinpoint the issue at hand.

For last year's game, three different vision pipelines were used, Tensorflow, Vuforia, and OpenCV, and all three were compared for their effectiveness for finding the positions of gold cube mineral. This strategy can be employed for this year as well, since building a robust OpenCV pipeline would be impressive for the control award, and comparing all three options would give us a better idea as to which one works most effectively for this year specifically.