Tags: design
Personhours: 4
Snapdragon - The Beginning By Bhanaviya and Aaron

As you could probably tell from our plethora of gripper articles, here at Iron Reign we have one too many grippers. And now its time for another one! We could do a whole post-mortem analysis on what went wrong about our build at our last qualifier, but for the most part, the design was consistent, with one underlying exception - our gripper. The finger gripper was a revolutionary piece of work, and has gone through a whopping 4 different iterations. But as all good things, its time must end. The issue was that the finger gripper lacked precision when it turned and was not quick enough in picking up blocks, requiring excessive control on the drivers' end to be able to focus on a stone and pick it up. In a speed-based challenge like this year's, this was not ideal, so it had to go. 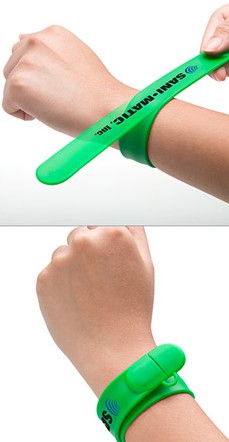 A slapband in action

In it's place stands the Snapdragon, its quicker, more rugged replacement. The snapdragon functions as a passive gripper - at its core, it works as a slapband would. A slapband is, simply put, a wristband that wraps around one's wrist when slapped with enough force. Similarly, the snapdragon's closing action is an elastic-powered snapping action that is physically triggered when the gripper is lowered onto a stone. It's ability to grip is a direct result of the lower metal "flap" below the larger rectangular plate above. The effectiveness of this flap relies on the precise placement of rubber bands holding the flap to the plate above it. However this also means that the plates must be triggered in a very specific manner so that the gripper closes down at the right time.

The beauty of the snapdragon relies on its ability to be self-triggered. However, it would still need to be reset after "snapping". This would require use of a servo. The servo would need to be able to close down on the stone, but this also means that the movement of the gripper needs to be controlled such that it does not snap upon contact with any other surface. Trying to find a balance between this passive action and the servo's movement will be our primary task since the gripper isn't ready to be mounted yet.