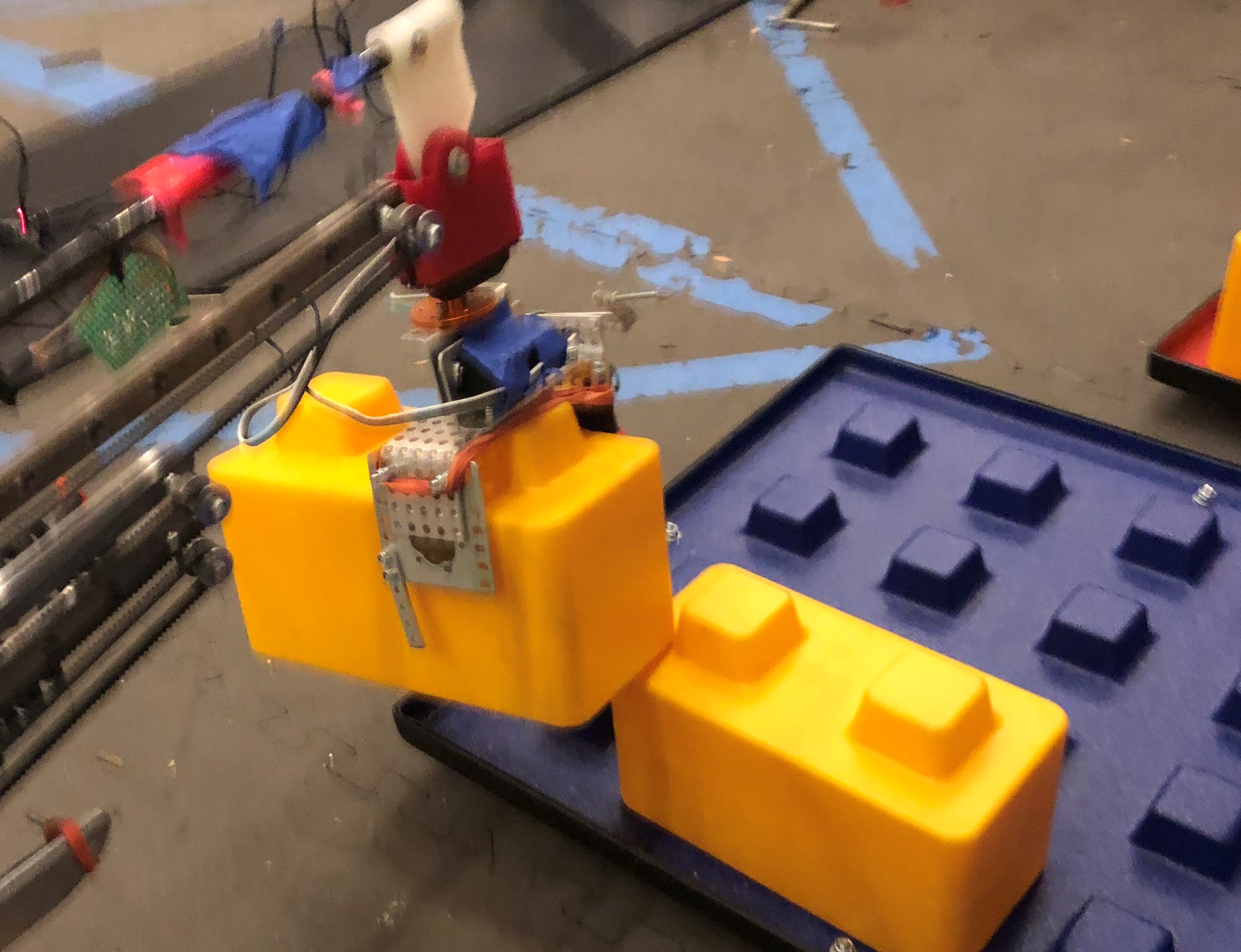 Last night we installed the new Snapdragon gripper, which means we needed to re-work the gripper code. We started out by getting the positions the servo would go to using a servo tester. Then we decided whether to make it an articulation, which originally we did. This articulation would set the servo to pull up the gripper front and then return to its relaxed position. After doing some testing, that method was not working.

So, we moved on to reformatting the gripper update sequence we had for the last gripper. There we still saw no success after that. So, we decided to call it a night, as it was getting late. The next morning, with a clear mind, we realized that the wire connection was flipped on the perf board, wherein after flipping it it worked fine.

We still need to test it with drivers, see if there are any quirks.