Task: Create a calibration sequence to find a starting position for autonomous 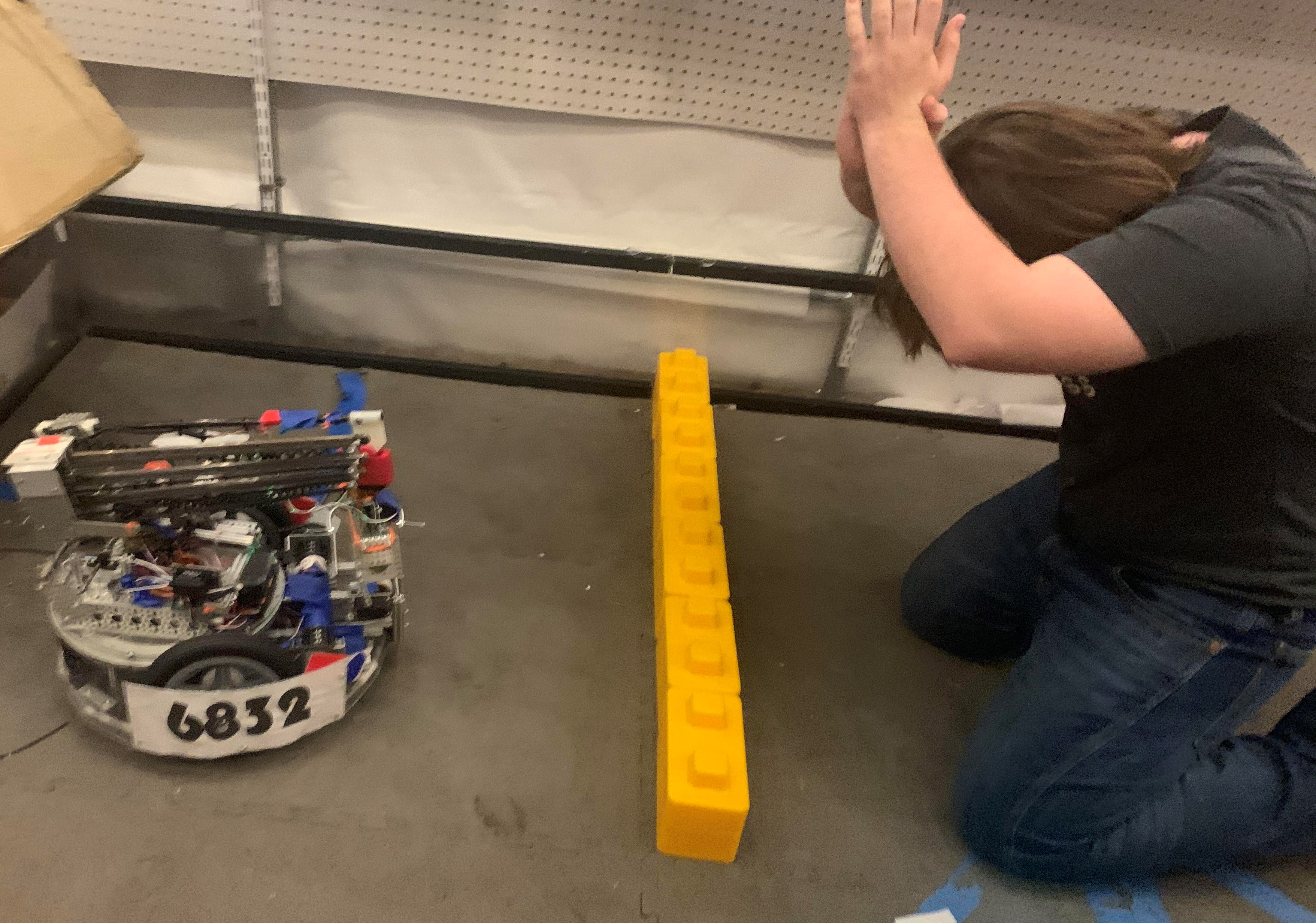 Today we worked on the calibration sequence. This has been a problem for awhile now, as the robot has so many degrees of freedom, and not a single flat edge to square off of (other than the guillotine, but that isn’t necessarily orthogonal to anything), it is rather difficult to come up with some way to ensure precision on startup, and this year its integral to the auton.

To start, the arm is in need of a good way to calibrate. In theory, we have a couple of constants. We have a hard stop to the elbow, thoughtfully provided by the logarithmic spiral. We also can get the ticks from that position to a point that we define as zero. In terms of extension, we have a hard stop on the full retract, which is really all that is needed. So, we start by retracting the arm and increasing the angle of the elbow until it stalls, and we set that as the 0 for the extension. Then, we go down -elbowMax while extending the arm, such that it doesn’t hit the robot, and quickly set that elbow position as the 0 for the robot.

Previous to this revision, we had different juxtapositions of the robot in terms of the arm and the base, because we couldn’t figure out what was the best compromise of precision and ease. This time around, we decided to have the robot and the arm face the north wall. In this way, the north is common between both alliances and sides, and we can just tell it with a button push which alliance it’s on. So, with that in mind, the next steps of the calibration are to raise up the arm and turn to be orthographically square with the wall. Then, it uses a driveIMUDistance to go back and tap the wall. This is how this sequence will probably stay relatively similar throughout the rest of the time with this robot, as this seems to be what we’ve been trying to achieve for awhile now. There, however, are still things that could be added.