Tags: think and innovate
Personhours: 8
Updated Bill of Materials By Bhanaviya and Paul


Task: Update the list of parts for TomBot for regionals 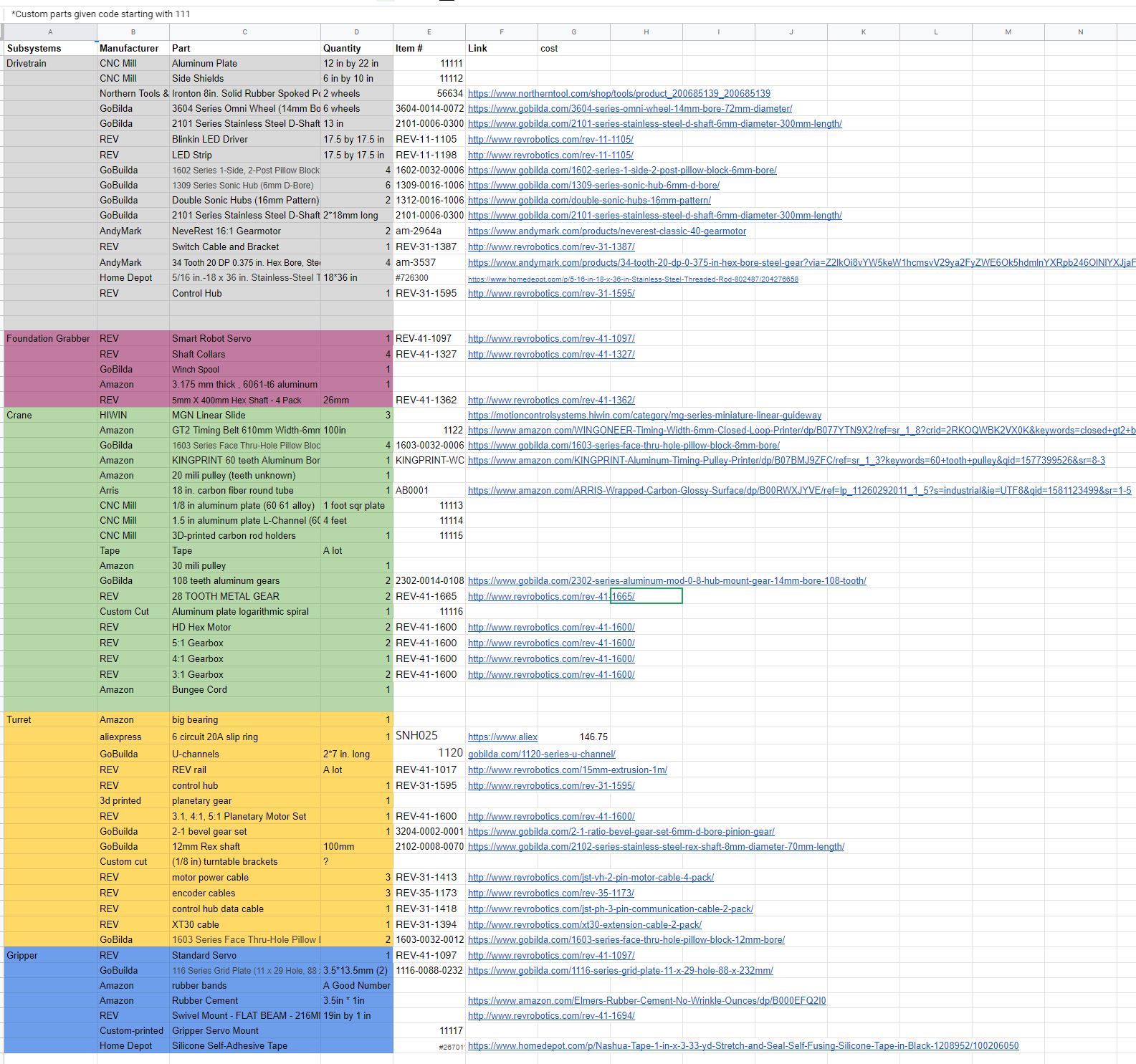 Being around 2 weeks away from the North Texas Regional Championship, Iron Reign has made significant new changes to its Bill of Materials. s of now, TomBot has several build issues that will be discussed in our post-mortem posts. Part of rectifying these issues includes ordering/printing more parts and editing the bill accordingly. But the beauty of the bill of materials relies on the fact that we will be building our second, improved version of TomBot soon - a little after regionals - and having a corresponding bill will streamline this process. We would like to iterate that regardless of whether we qualify at the Regional Championship, Iron Reign's build season will not end with the competition, We plan on furthering ourselves in our build season by creating a more custom version of TomBot, one which incorporates as many custom-cut parts from our CNC mill as possible, and documenting all of our existing parts allows us to better analyze which parts we can possibly custom-cut.

We will update the bill after regionals, once we've finalized which parts we can custom-cut and which subsystems need a complete change. As of now, since we've shifted over to a new gripper, this was a big change we had to highlight in the bill and we will continue to do these with our other updated subsystems.