Task: Summarize the driver practice done throughout the week 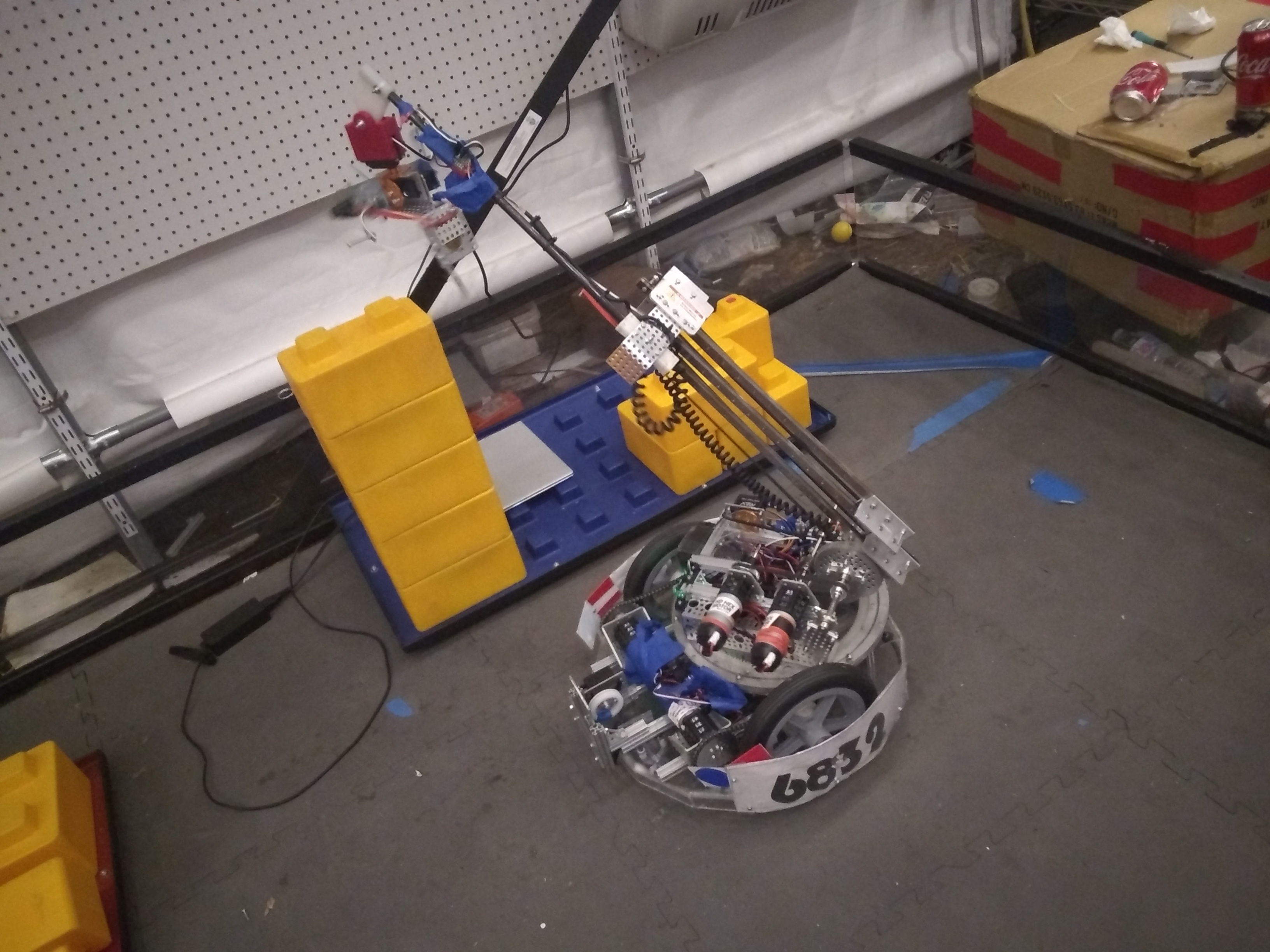 Over the course of the following week we have done much driver practice so we can improve our skills as drivers and also make some driver enhancements. On Monday we reached an average of 3.7 stones per match - this includes the endgame procedures but not the stones delivered during the autonomous period. We had a rhythm of driver 1 controlling the drive to have the wheels parallel the driver station wall while grabbing a stone and perpendicular when stacking. Both these alignments help driver 2(who controls the arm) stack much easier.

On Wednesday we increased our average stones per match to 4.5, with more fine tuning on the movement between the zones and increased coordination we can keep decreasing cycle times. Finally, today we achieves a 5.4 average stones per match, although not very competitive, we are playing with no autonomous or alliance partner. We also got the idea of having a button to automatically raise the arm up and slam down to grab a stone. Since the gripper works similar to a mouse trap, all we need is force to close it and the process of getting this force can be sped up dramatically.

To continue to decrease our cycle times we can keep adding driver enhancements as well as learning to coordinate between the two drivers. These improvements will show up in a later post when implemented.