Task: Use feedback from our presentation at DPRG and get ready for regionals 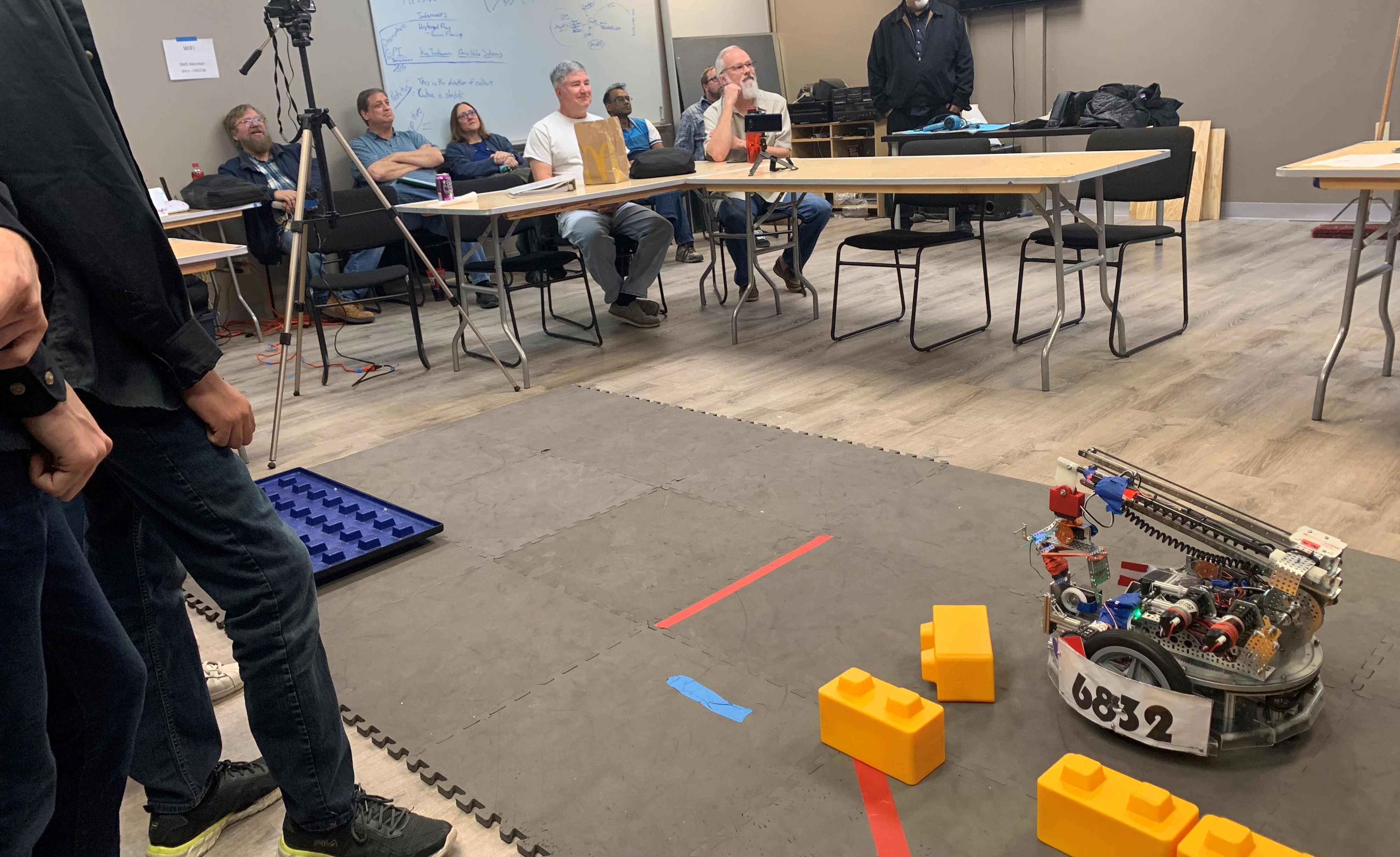 A couple hours ago, we presented our robot at the Dallas Personal Robotics Group (DPRG), and we received insight on not only our robot, but also on our presentation, codebase, and our engineering journals. With this feedback in mind, and considering that we have a week before regionals, Iron Reign returned to the RoboDojo to do what we do best - panic, cram at the last minute, and repeat. (For reference, all our subteams will go into detail about their version of the scramble before regionals in separate posts. This is just a broader summary of our meeting).

Today, the Code team mainly worked on improving driver controls, improving the implementation of a GRIP pipeline, and finalizing our autonomous path before regionals. Having just returned from presenting the works of our code-base at the DPRG presentation, the code team gained more insight on improving TomBot’s autonomous which will be their focus leading up to regionals.

The Build team worked on Plasti Dipping the bottom of the foundation grabber for better grip when dragging the foundation. Plasti dip forms a layer of rubber on top of whatever’s being dipped in it and makes it stickier. Unfortunately later on, problems were discovered with the turntable. There had previously been cracks in the turntable from previous driving incidents but now they had gotten worse and were interfering with TomBot’s wheels. Because of a part of the turntable hanging off, the chain was being interfered with and stopping the robot. This was one of the most important tasks to do because obviously, without a functioning robot, there ain’t gonna be dubs at the competition.

Before the problems with the turntable revealed themselves, our drivers got a decent amount of driver practice. They mainly focused on stacking as fast/efficient as possible. Towards the end of practice, they were also able to train new members of the team on driving. During practice, they also collaborated with the coders on improving the controls.

The editorial team mainly focused on adding some finishing touches to the judging presentation after getting some great feedback from the Deloitte, and DPRG presentations (both of which have separate entries in our team section). They also worked on creating a research poster and a timeline of our notable events this past season to display at our pit during regionals. 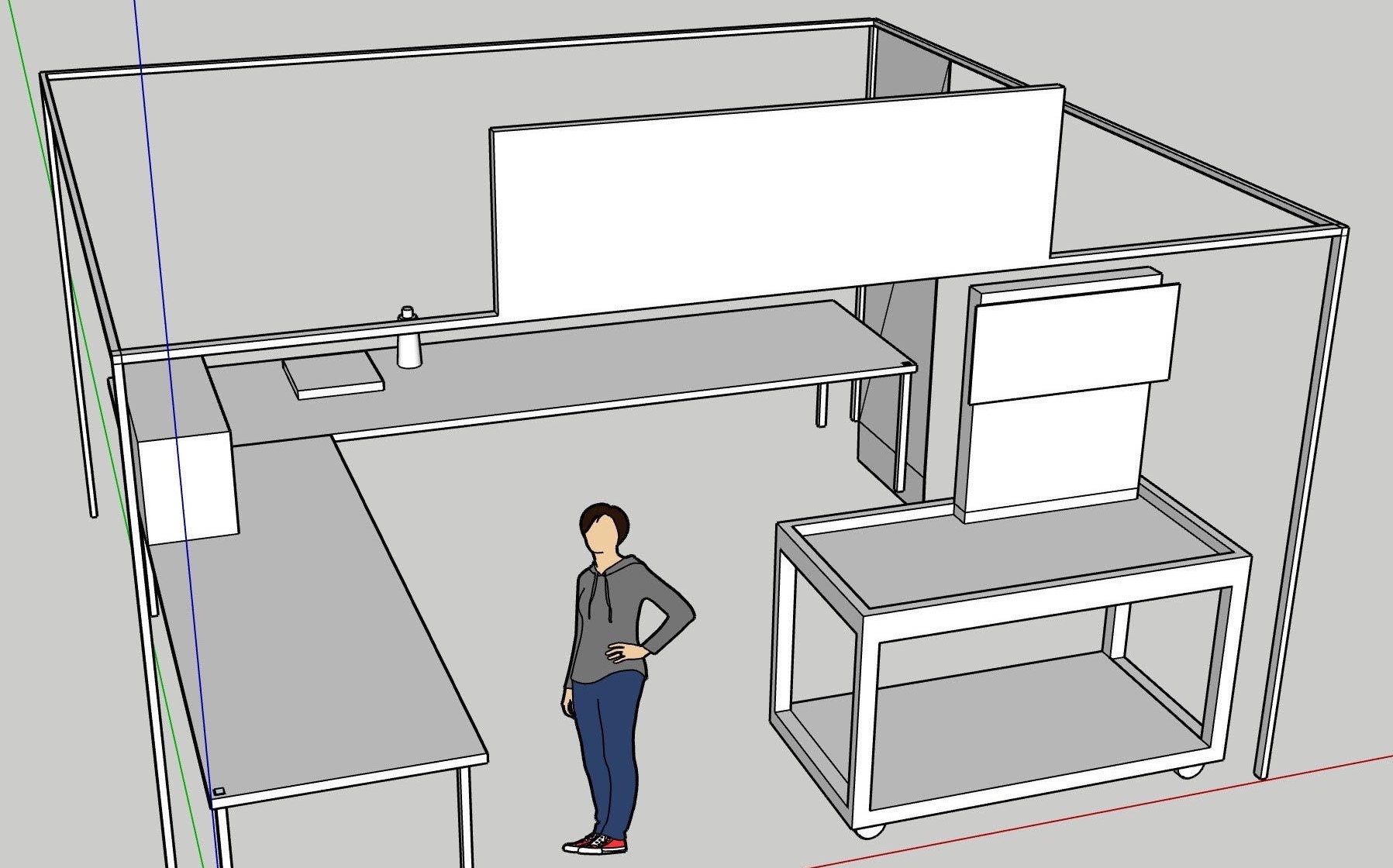 The design team mainly worked on improving the polycarb base of TomBot’s drive-train to CNC after regionals. To claify, our team is planning on creating a fully CNC-ed version of TomBot after regionals, regardless of whether we qualify to the next level of competition. As such, finalizing the CAD designs of each robot system will better prepare us to CAM these parts to create the next version of our robot. However, we currently plan to still replace the current polycarb base with the custom one since as mentioned earlier, our current base is not in the best shape. The design team also worked on creating a model of our pit design for regionals, which you can see down below. Having a well-organized pit benefits both us and any pit visitors, and regionals was no exception. Finally, they also worked on the CAM of the binder for both our Team and Engineering Sections, which will be custom-cut in aluminium using our CNC mill. For more information on the to-be CNC-ed binder, you can take a look at the “Engineering Notebook Binder CAD” post.

Although we had a significant amount of progress today, there's still plenty to do. Over the next weelk, our main goals will be finalizing our autonomous, getting our binder and new polycarb base manufactured, and ensuring that our journals and posters are ready to print for regionals.