The Night Before Regionals - Code

Tags: innovate and control
Personhours: 6
The Night Before Regionals - Code By Cooper and Trey


Task: Fix our autonomous path the night before regionals. 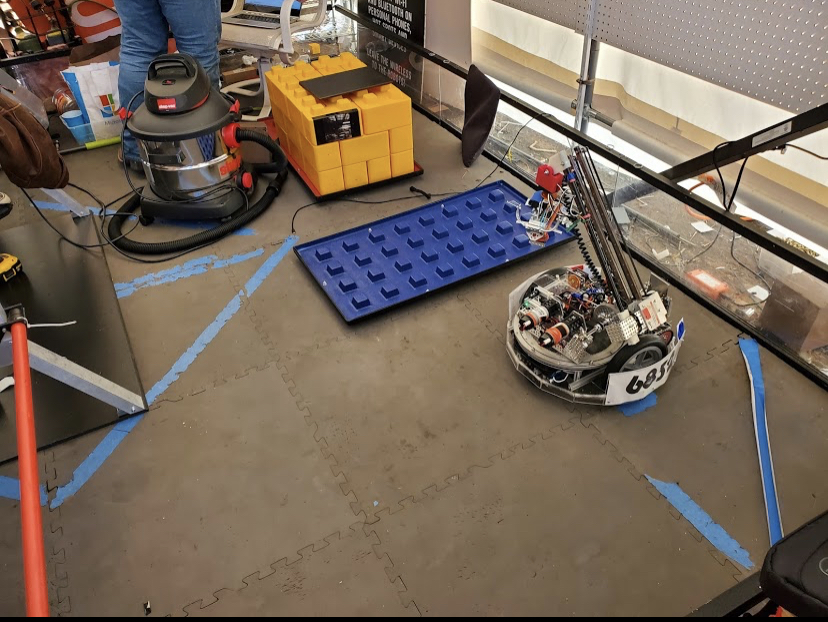 Twas the night before regionals, and all through the house, every creature was stirring, especially the raccoons, and boy are they loud.

Anyways, it’s just me and Trey pulling an all nighter tonight, such that he can work on build and I can work on auto. Right now the auto is in a pretty decent shape, as we have the grabbing of one stone and then the pulling of the foundation, but we need to marry the two. So our plan is to use The distance sensors on the front and sides of the robot to position ourselves for the pull.

Another thing we are working on is a problem with our bot that is compounded with a problem with our field. Our robot has a wheel that is just slightly bigger than the other. This leads to drift, if the imu was not used. But since our field has a slope to it, it drifts horizontally, which is not fixable with just the imu. So we plan to use a correction method, where the distance from where we want to go and the distance to the block to create a triangle from which we should be able to get the angle at which we need to go and how far we should go to end up perfectly spaced from the side of the build platform.

Our final task tonight is to simply speed up the auto. Right now we have points at which the robot has to stop so that we don’t overshoot things, but that is fixable without stopping the robot.