Breaking our packing-the-night-before streak, we managed to start the night before. It helped that we had the day before the big day off, and had a decent sized packing list. Over the course of our preparation, we had our side-shields machined, presentation practiced, journals prepared, and autonomous in feverish motion. More detail on our last-minute robotics onslaughts will be detailed in a separate post, but to summarize, we were (mostly!) ready to go.

We passed! This is one streak we haven't yet broken which is bit of a relief. 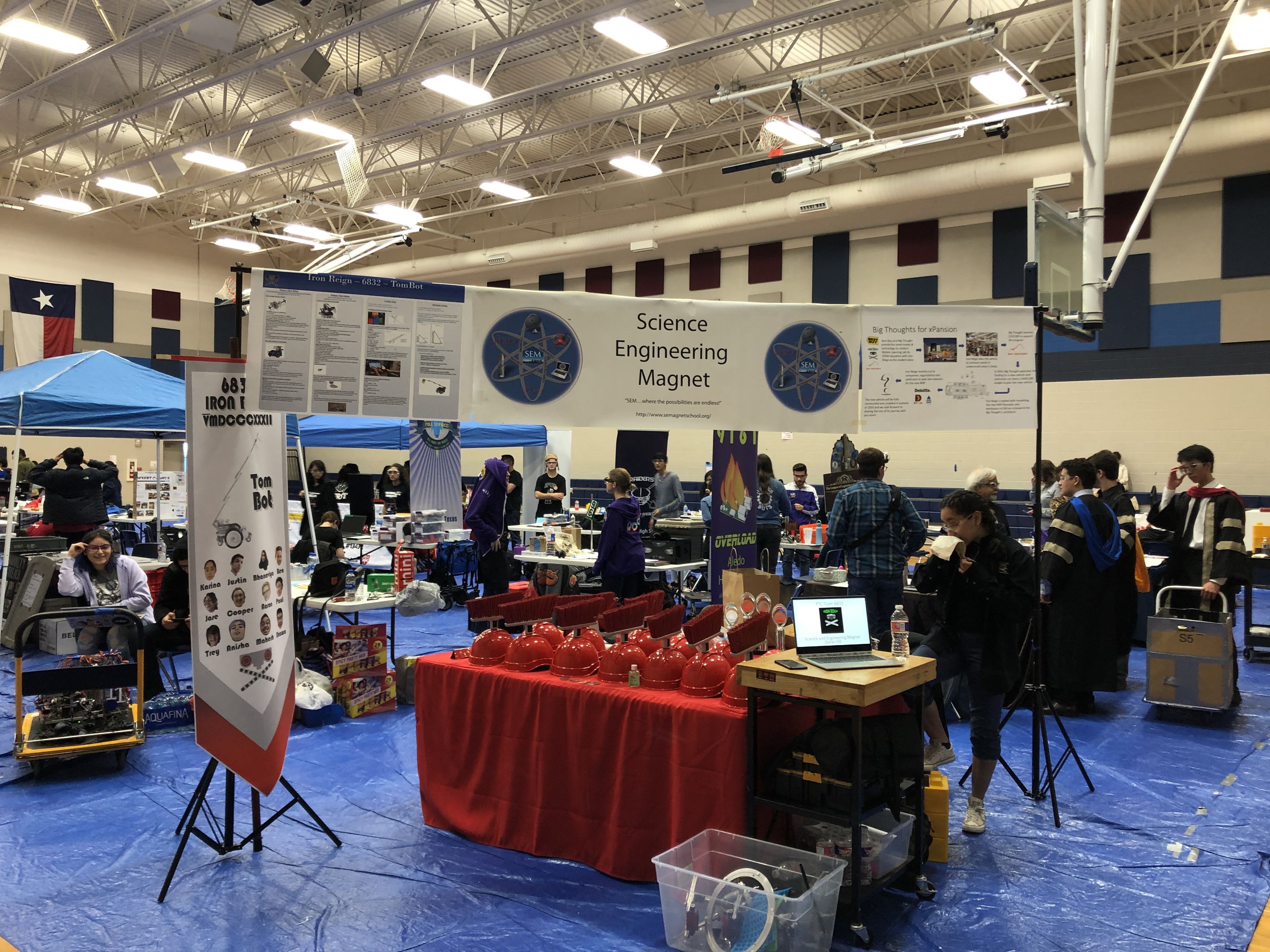 Unlike last season, our pit was much better organized and planned this year, decked with Roman Galea, 4 posters, and of course, Ducky. The clean outlook of our pit drew several visitors, including teams who wanted to get a chance at trying on our helmets.

Compared out last two qualifiers, we had much more practice at our presentation this time around, and we tried to maintain a decent amount of energy during the real deal. Unfortunately, after being accustomed to longer presentations from our visits to DPRG and Deloitte (which you can read about in earlier posts!), we were cut short. However, we were able to address most of the things we couldn't cover in our first 5 minutes during the questioning period, and the dmeoing of our turret on TomBot - our most unique subassembly. The overall outlook we presented, however, could have been more charismatic, which was our main concern after the session.

However, we were able to bring back more energy during our pit visits. We recieved three panels of judges for what we guess were Connect, Motivate and Innovate panels. We were able to direct our visits to the posters in our pits, and something we recieved a lot of attention for was our financial and technical plans for the second MXP, which you can read about in T-50. 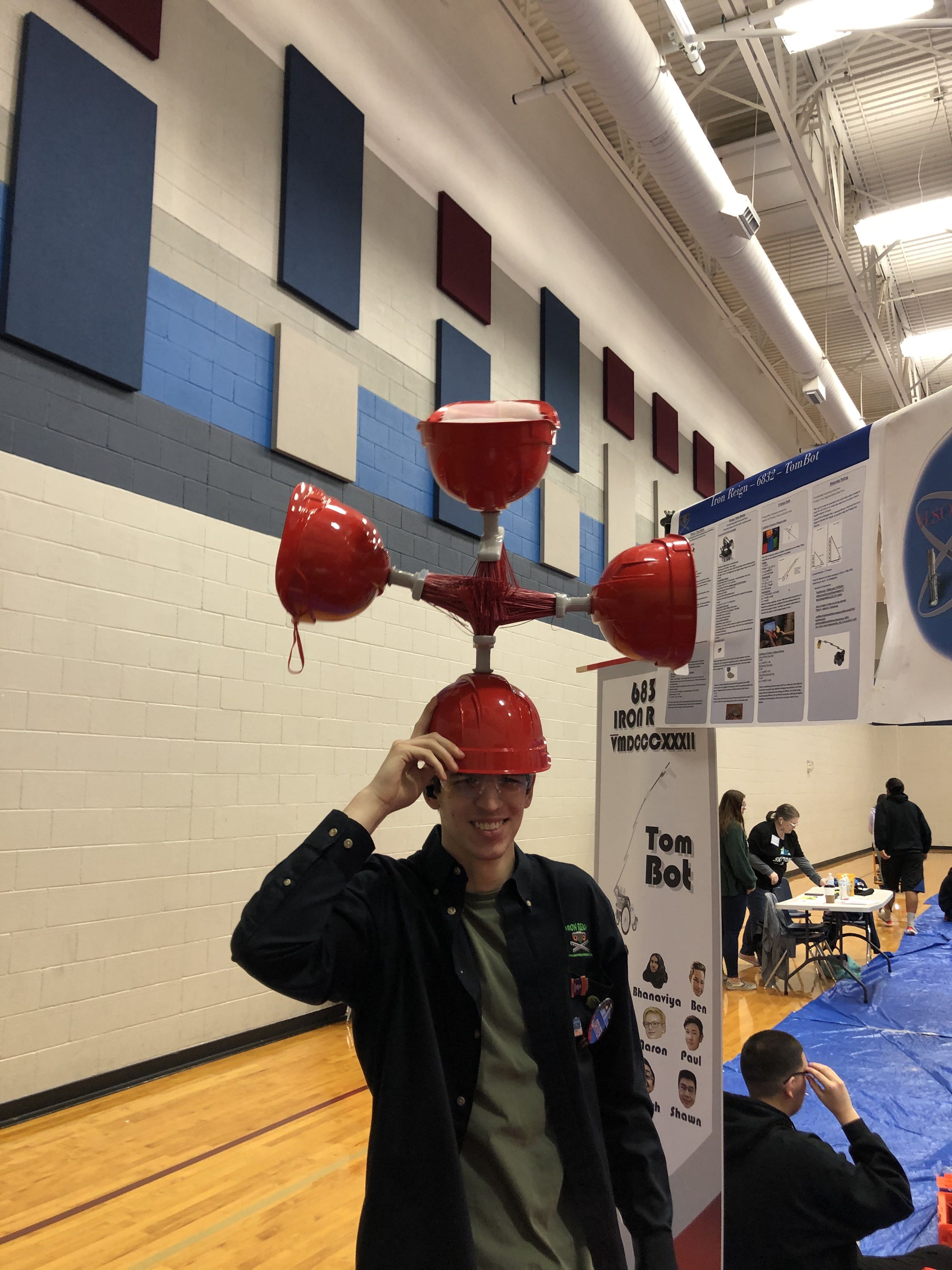 We will have a separate post detailing our match play-by-play and the technical and human errors in each one. Overall however, our match performance could have been better. During our first 4 rounds we experienced losses, finally scraping through and pulling a victory during our final two. However, from both an awards and rank perspective losing a match is never great since part of the picture is the consistent functionality of at least one sub-assembly. We did not employ the functionality as well as it could have been, with regards to our autonomous, tele-op and endgame and this is something we will be focusing on extensively going into the build of our second robot.

By the time the ceremony started, our energy levels were not stellar, especially considering a lack of sleep from the previous night. However, our energy quickly skyrocketed when we first received a finalist for the Control award! Following this, we also recieved the Connect Award, which was exciting especially considering that our plans for the MXP and its expansion were put into drive this season. Then, we were nominated as a finalist for the Think award! And finally, as Inspire nominations were beginning to come up, we heard the announcement, "Inspire 3rd place goes to Team 6832 Iron Reign!" It was safe to say at that point, that Houston, we did indeed have a problem.

This season being our 3rd moving into the World Championship, we couldn't have done it without our partners and sponsors, the DISD STEM Department, Mr Andrew Palacios, our principal, our sponsor Mr John Gray ,and the VIrani-Lux family! It's worth mentioning that this is the first time where 3 DISD teams, in addition to our own, are moving onto Worlds! Our main goals moving into Worlds will be preparing for our next competition, the UIL Competition for Texas, and in solidfying the creation of the second version of our robot. We will be detailing our post-mortems and these preparations in the upcoming few posts. Until then, see y'all in Houston!