Task: Get back to work after Regionals 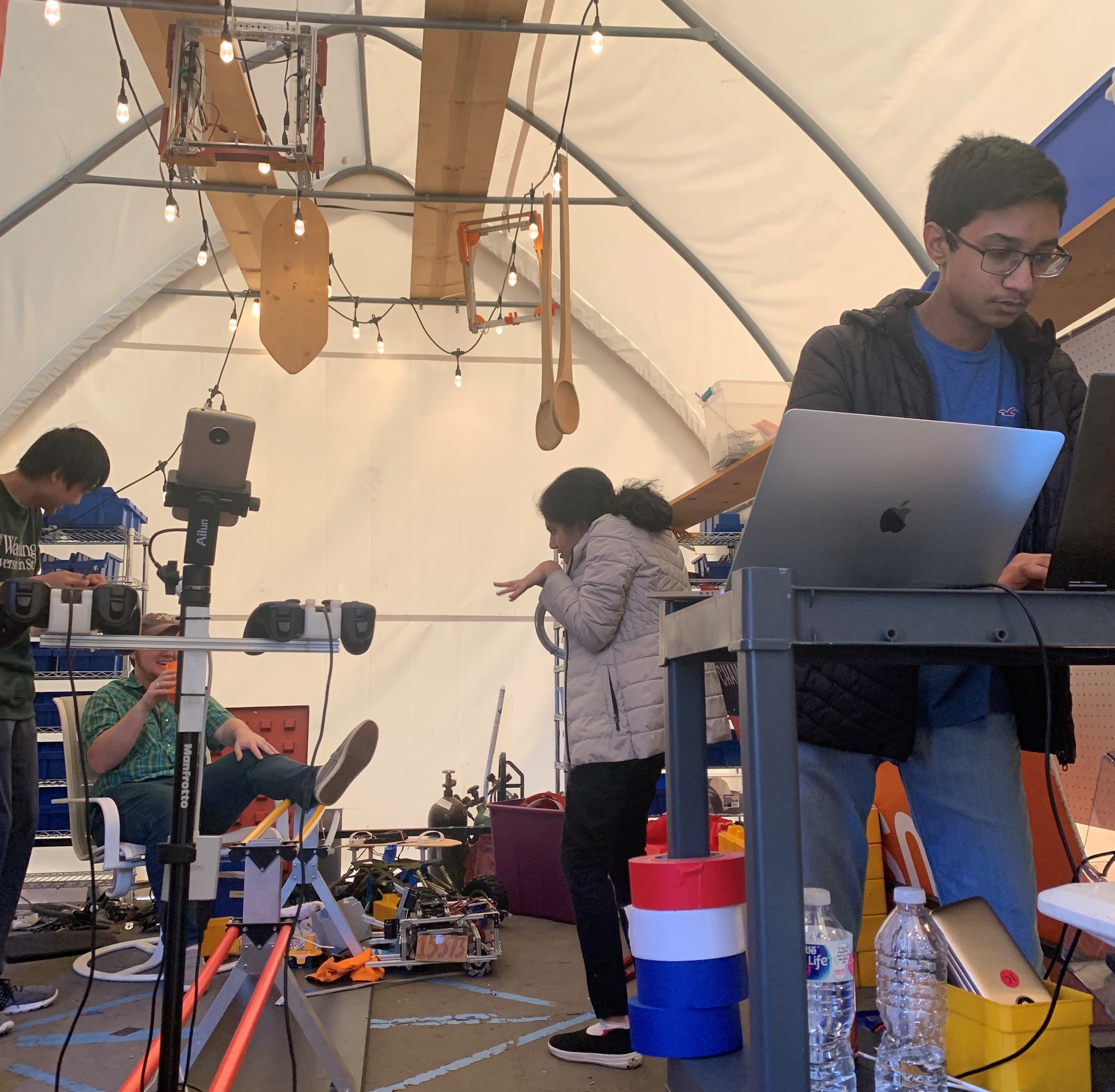 Alright kids, back to the usual grind now. As Iron Reign came back from regionals taking a lot away from it, we immediately got back to work because we still had a lot to do before being ready for UIL or Worlds.

Because one of our main weaknesses at regionals was autonomous, our coders came back even more ready than ever to start working again. They worked collaboratively to continue calibrating the code for the most efficient and consistent function of the autonomous and also continued their work in Vuforia so it could systematically detect Skystones. They will continue to code autonomous and calibrate each and every part of it for consistent function in the next couple of weeks and hopefully by UIL we’ll have a really fresh auton.

Since Tombot hung out with the coders majority of the time for auton testing, the builders mostly had a chill day, brainstorming new ideas on how some parts of the robot could be improved, so that when they build the new robot, it can be really clean. Some people even helped out by trying to organize different parts that were found all over the Iron Reign Headquarters so that in the future when building picks up again, people wouldn’t have to flip the premises upside down just to find a single part. Doing this also helped free up some space inside the house and it was here where we realized how much room it actually had.

The modelling team worked on the finishing touches of the build plate for the new robot so that it can be CNC'd ASAP. They also worked on modelling the other parts of the robot, making frequent visits to where Tombot resided for accurate measurements of the parts.

The editorial team worked on really reflecting on how our presentations went at regionals to analyze what the team can improve on. They also worked on figuring out what really worked for the award blurbs in the journal and what weren’t too clear because after all, the judges shouldn’t feel overwhelmed by the thick journals.

Overall it was a pretty productive meeting considering that it was the first after regionals and we look forward to making rapid progress in the next couple of weeks. Although Houston feel like a long time away, we know they’ll arrive quicker than anticipated.