Task: Help design a CAD Challenge game, make a reveal video for the game, judge submissions, and give feedback 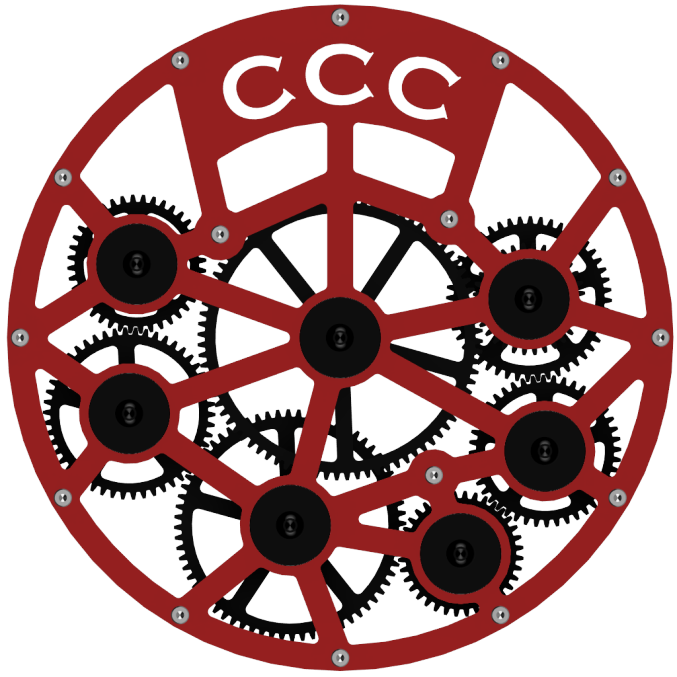 Over the summer, we collaborated with FTC teams 3658 and 6964 to host the first annual Caravan CAD Challenge. The idea of a CAD Challenge is to come up with a game to release to everyone participating. From there the participants will CAD a robot, just like they would for an actual FTC robot, and submit a brief summary of how the robot should work, if it were to be physically built. The game we came up with was Rafter Rave, which involved shooting pucks and climbing a rafter. We had a total of 29 teams sign up and 14 submissions. Following the deadline for submission, we judged each robot, ranked them based on several categories, and gave out awards. This was all revealed in a premiered judging video. 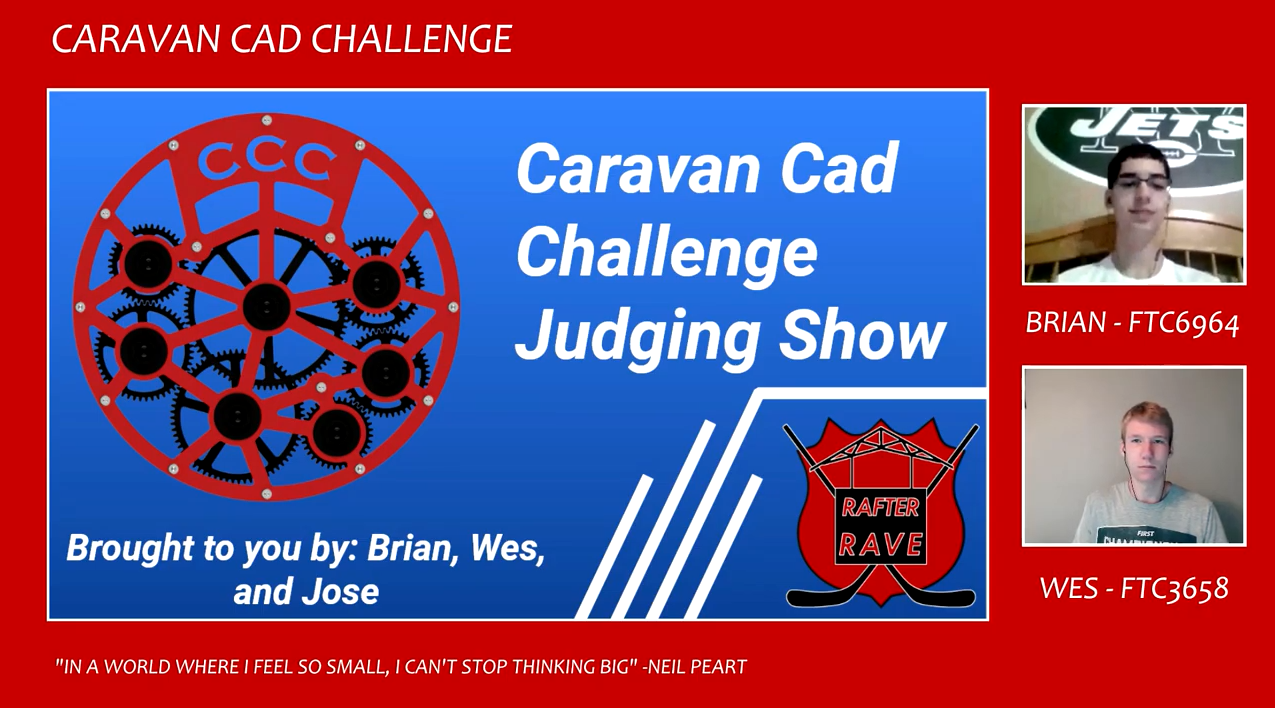 One of the challenges of this past season was that we didn't get an opportunity to close it off properly owing to the pandemic. Hosting a CAD challenge in coalition with other FTC teams allowed us to not only connect with other teams who may have experienced the same abrupt ending, but also allowed us to provide an opportunity to all participating teams to acclimate to the likely virtual season by modelling a robot. If the season does end up being virtual, this is something a good number of teams would need to have under their belt if they were unable to meet in-person just as our team could not. A CAD Challenge not only speaks to the design elements of an FTC season, but also the necessity to plan ahead and be flexible with a virtual environment as well as the need to connect with other teams in the FIRST Community.

We hope that this CAD Challenge allowed all teams to better envision and address their engineering plans in this upcoming season as well as gave all teams an opportunity to form new connections with other teams around them. We wish all teams best of luck for the new season ahead!