Task: Design a mechanism to trasfer rings from the ground to a future ring launcher 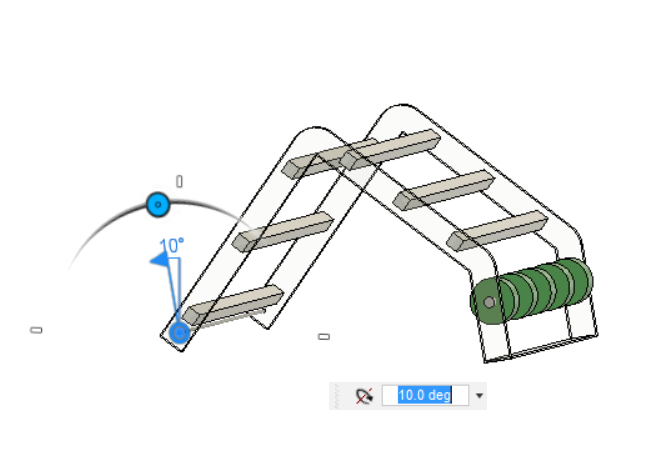 The initial vision for this intake design was inspired by FRC team 1983’s Ultimate Ascent robot. The “ladder” pivots from the back of the robot to rotate out. The wheels in the front are very similar to the simple roller design, except here they extend out of the robot. The intial CAD was a very simplified model in order to get the idea across. After some discussion, it was decided that the design would be shrunk down as it was unnecessarily large. 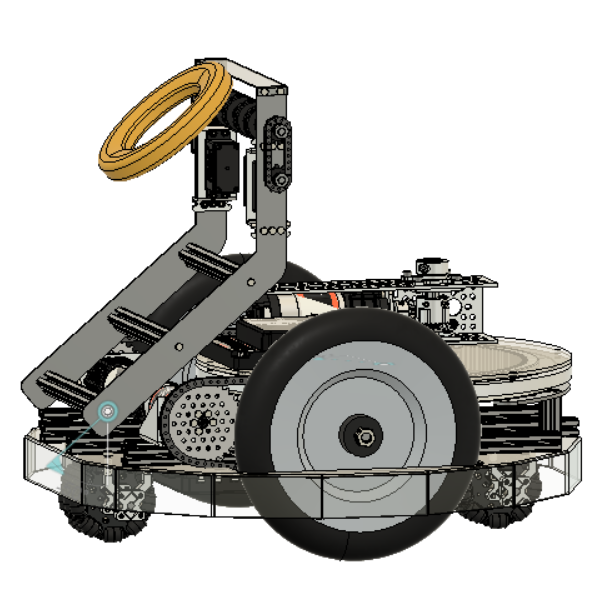 After that, a more realistic CAD model was made, using aluminum side supports and REV extrusions. This was then taken to the chassis CAD model to check for mountabilty. There seems to be a spot on the front of the chassis that allows the intake to work as intended, however more testing is necessary.

Physically build this intake in order to more acurately test for functionality.