Task: Layout a plan for auto paths this season 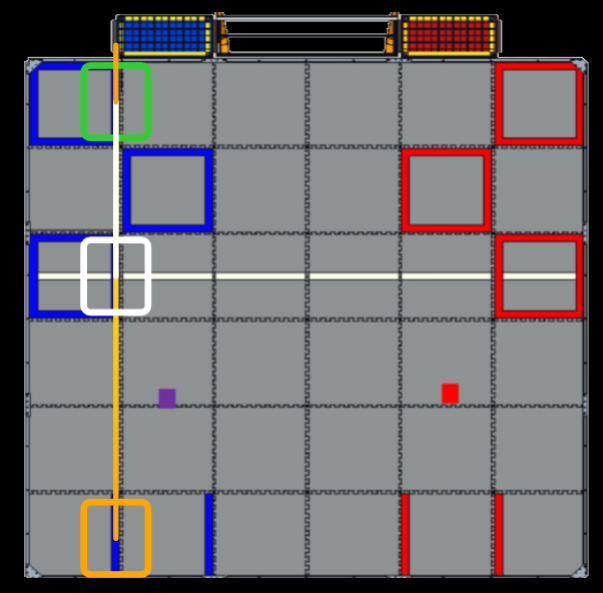 To begin, as you can see up above (a diagram that was generated on https://ftcchad.com/ ) our first auto path takes very little movement, and no turns whatsoever. This path assumes that on the robot we have some way to grab the wobble goal at the start of the match and can release it in a controlled manner during autonomous. In such, with the robot facing with the "front" of the turret and chassis facing away from the back wall, and the robot in the center of the outermost tape, the robot would use vision to figure out which of the 3 stacks of rings are present. After which, the robot will drive forward and park next to the correct spot, and turn the turret to release the wobble goal on the correct target location. To finish, all it has to do is drive backwards and end up on the shooting line.

After that is coded, we'll add in features gradually. First, we would look at going back and getting the second wobble goal first using odometry, then vision. Next, and by the time all everything already said has been coded, we should have our first launcher and intake done, making it evident that we should shoot them into the high goal from where we sit on the back wall, and then intake and fire the ring stack before moving on to moving the wobble goals. The final revision would to be to use vision to find and then subsequently pick up rings the human player puts in the field after the wobble goal segment.