Task: Create a prototype for a belt sander intake system 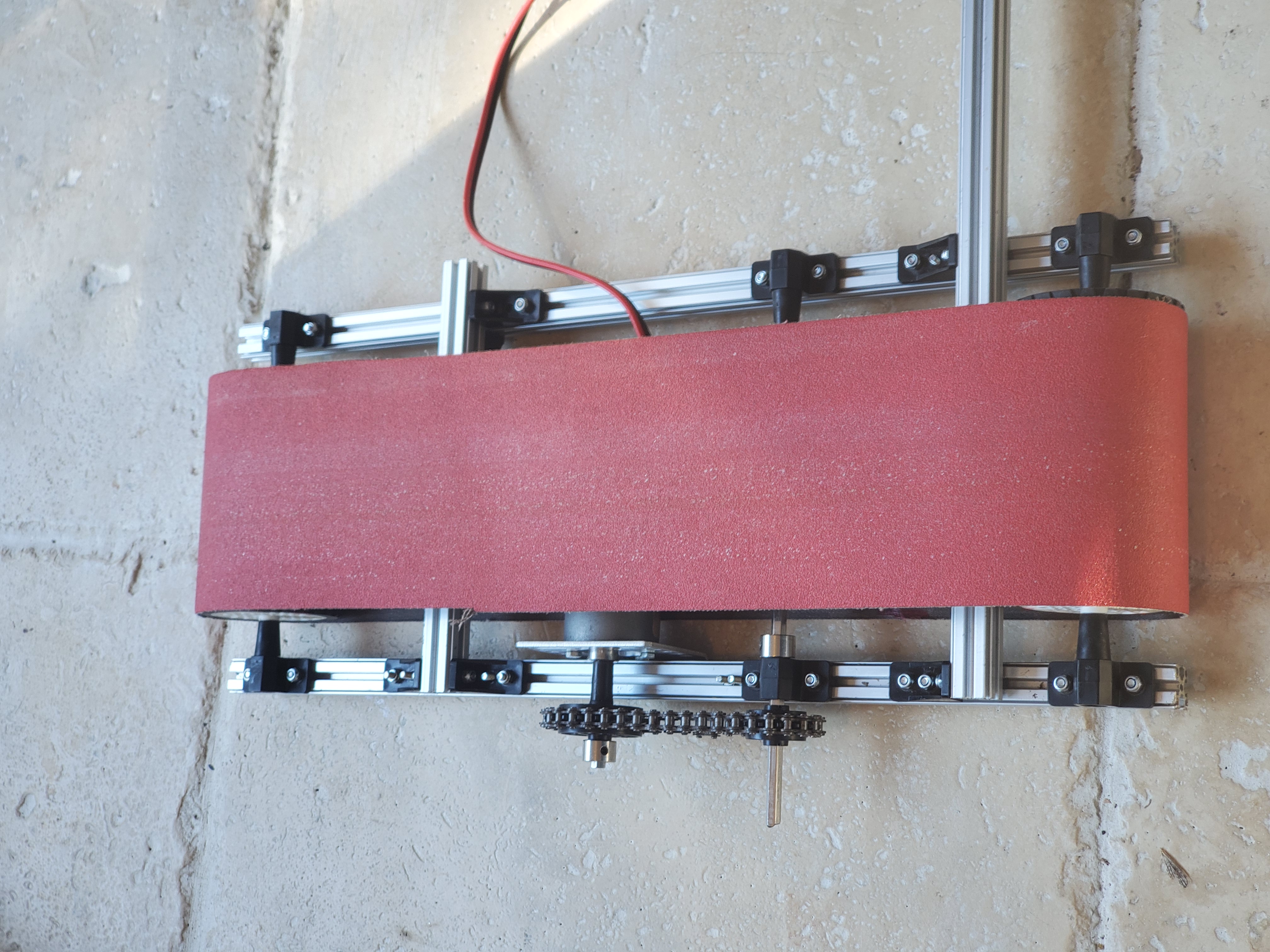 The so-called “FTC Legal” belt sander was an early iteration of the intake mechanism for this year's robot. It was composed of a belt, from a Ryobi belt sander, rev wheels wrapped in tape, to help center the belt, and a tensioning mechanism. The belt would provide friction, moving the disk game elements upwards towards the launcher mechanism. However, an issue we ran into was the distance between the bottom of the belt and the floor was hard to regulate, resulting in disks either not having enough space to be sucked up, or havag too much space and not enough friction to be dragged up. This was partially solved by replacing the belt sander belt with a Ninjaflex belt with flaps, which is the current iteration of the robots intake system, using many of the same parts and designs as the original “FTC Legal” belt sander.

Future plans include designing and constructing some form of leveling system, and a higher belt speed to more quickly collect disks. We are also considering using this sander design as an inspiration for a dual-tracked belt drive intake system and an elevator-like intake system with ninjaflex substituting for a traditional belt drive system.