With our first qualifier being less than 2 months away, Iron Reign embarked on an ambitious project to create a robot with a circular chassis, an elevator-like intake system, and a fully automated launcher. While this robot is still in construction, we do have a name for it - Proteus. Named after the early-prophetic sea god who was also known for his versatility, this was the most fitting name for our robot given how flexible we needed to be this season and with only a few weeks left to construct a robot. In an earlier post, we detailed our decision to reuse our circular chassis in order to improve our robot's maneuvering abilities and get around other robot to avoid the traffic towards the goal posts. However, we are yet to decide which of our three intake systems to use as well as how the progression of our launcher might change considering that it is still in its CAD stage. To see how each of these intake systems look on the robot, we modelled the chassis design from the beginning stages and created multiple models to represent each launcher mounted on the robot. 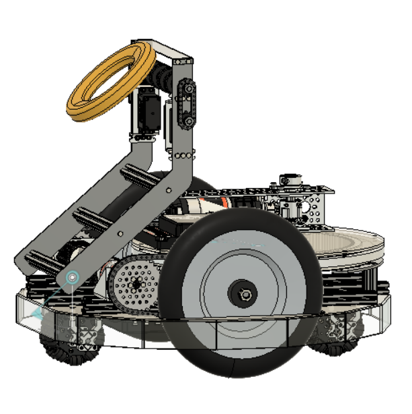 Earlier in the season, we created a model of just the chassis itself to account for the fact that we are only reusing the chassis design from last year and nothing above it. The updated model still has the same base chassis design from the earlier model, but it now has three different iterations - one with the ladder intake, one with the caterpillar intake, and one with the elevator intake system (yet to be named). Since the elevator intake does not yet have a full-fledged design, we are holding off on a full robot model with it until we figure out how to make it compatible for a final design. 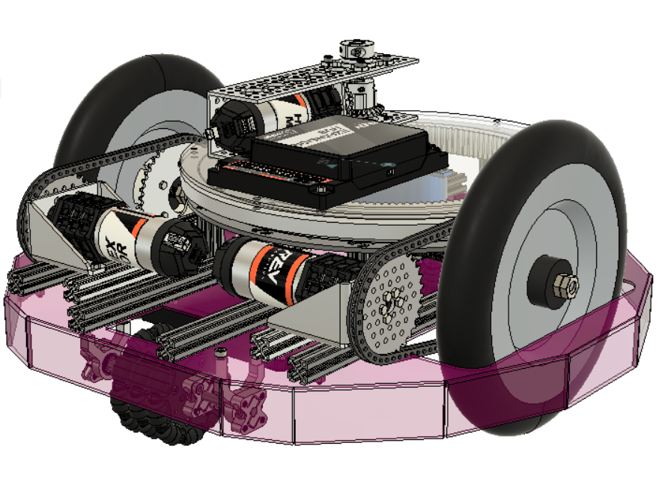 With our robot model in progress, we can now plan out all our steps ahead of time in CAD so that we will make less mistakes on the physical build. We will be updating the model as the season progresses.