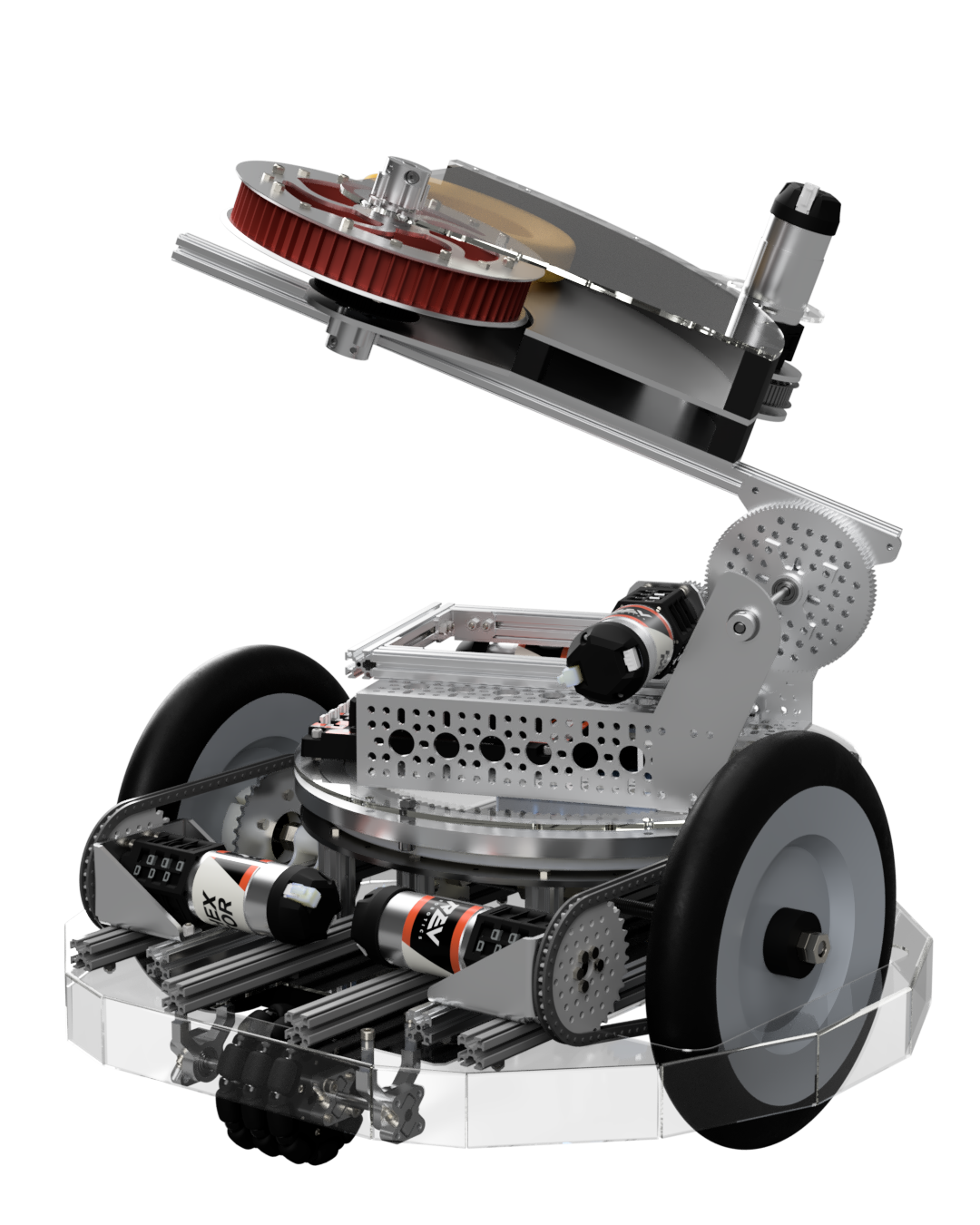 With our first qualifier being around a month away, Iron Reign is currently in the midst of trying to put together a functional (or semi-functional) robot. In a previous post, we detailed the earlier stages of our CAD design. As of now, Iron Reign is still testing our intake systems but before we finalize the system we want to implement, we plan to construct a robot with just our launcher system mounted. The reason for this is that we have more or less finalized the CAD design for our launcher (which you can read about in one of our earlier posts) and before we can begin the actual assembly and mounting, we need to have it represented in our robot model. 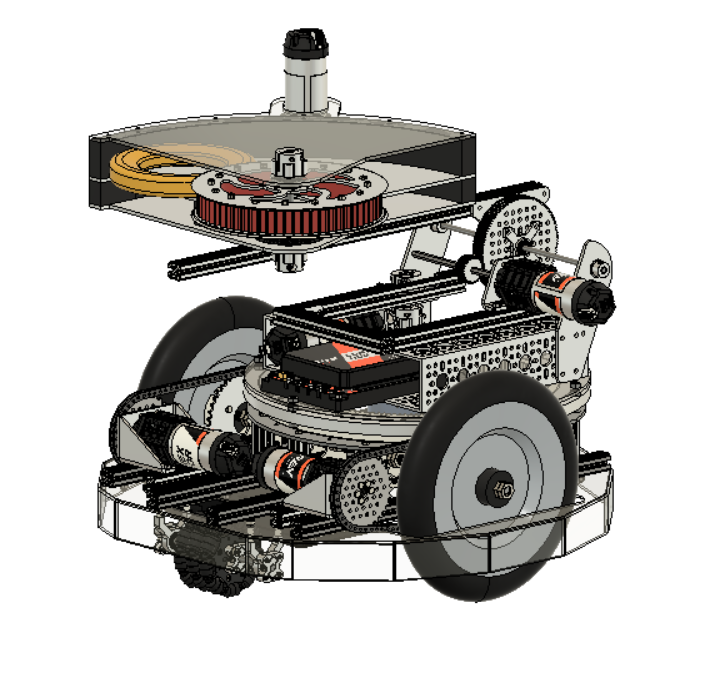 So, we created a render with just the launcher itself mounted onto our robot Proteus. We anticipate that although the model will change substantially once an intake system has been mounted, the position of the launcher will be consistent and having this modelled allows us to plan out our articulations and strategy for scoring rings into the goalposts.

Once we have finalized which intake system we plan to use, the model will be altered accordingly to reflect these changes. As of now, this model will allow us to visualize and implement the addition of our launcher system which will streamline our ability to plan out how we want mount an intake in the future.