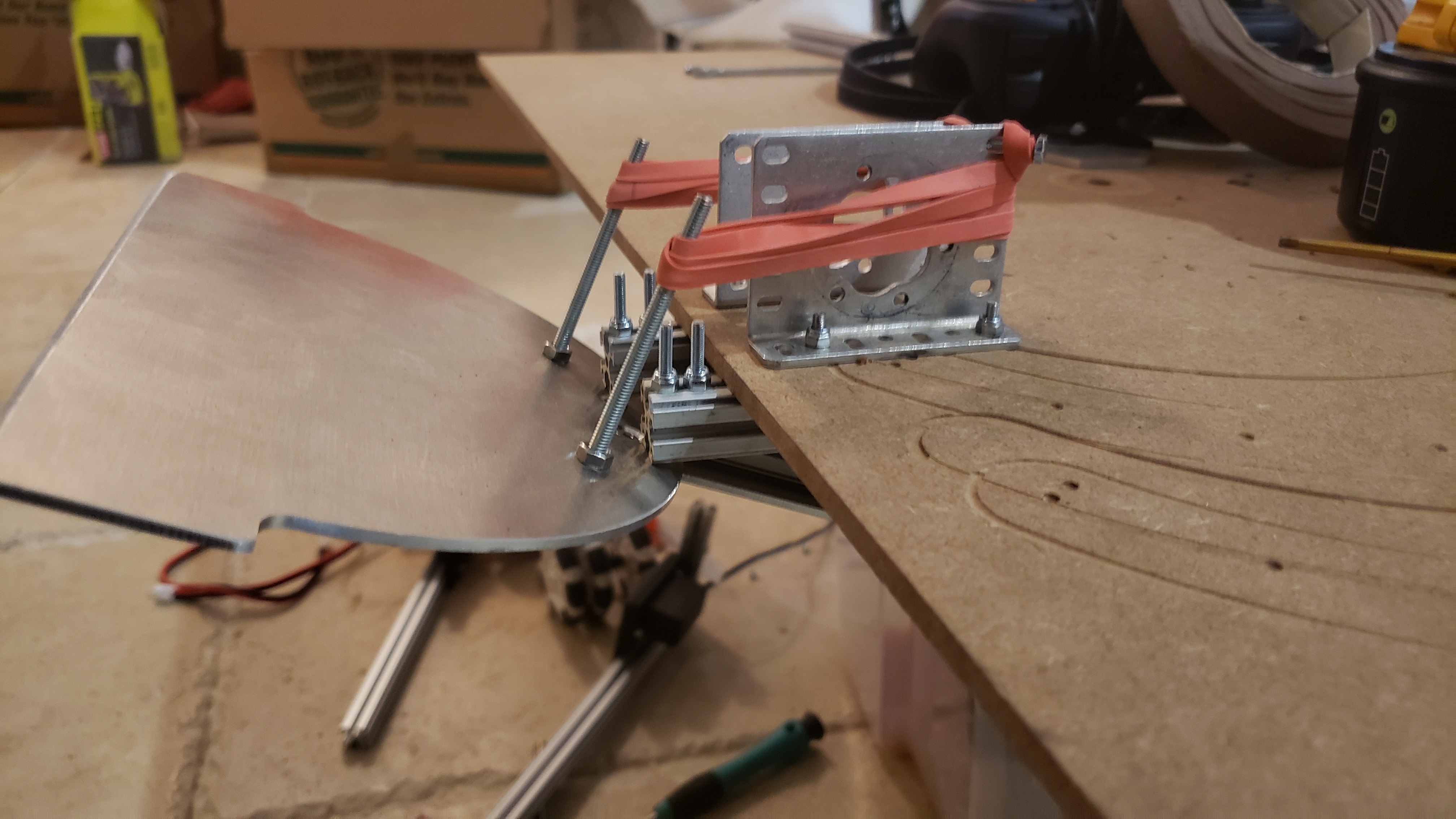 Today we worked on different intake systems to place the rings in the launcher. We finished our first prototype for a belt type intake and lift. The 3d printed belt was able to slide rings along a vertical piece of polycarb to place rings into the launcher. The speed of the motor and belt makes this one of our quickest intake and delivery prototypes. Our other prototype was a spatula shaped "intake" that would scoop up disks, and flip them upwards into a basket on top of the launcher. We used aluminum CNC'd into a curved spatula that would perfectly fit around the disks to ensure an accurate launch. Rubber bands pull the spatula upward, where it hits stoppers and launches the rings upwards. This prototype created semi consistent flips, but it was hard to gauge how far down to pull the spatula to give a desired launch height. A problem with this method is the many different factors that can be changed to give an optimal launch. Different launch angles, distances from the launcher, rubber band tensions and lengths. This flipper would involve a lot of experimentation that would result in mostly failures. This method also requires a lot more driver skill to scoop up the relatively small disks. 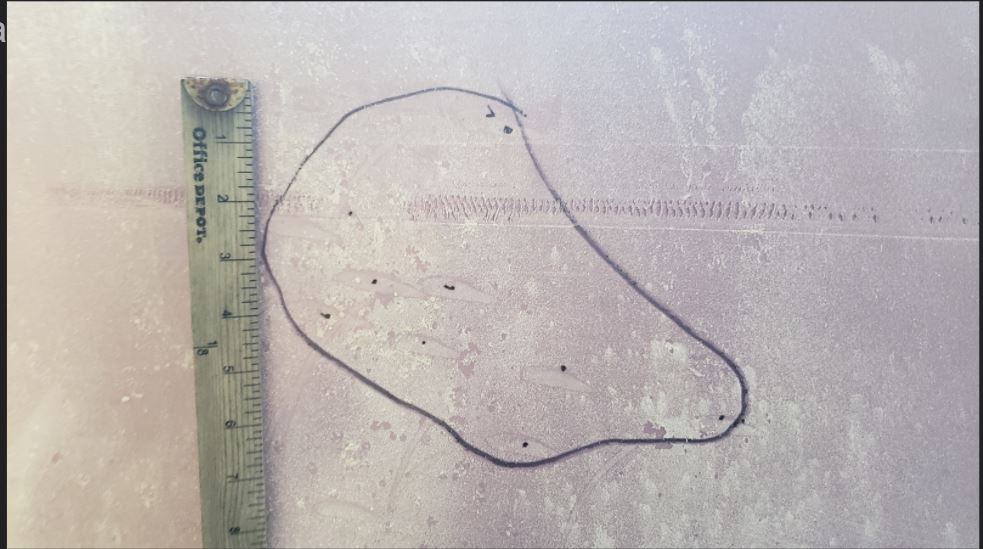 We also tested our fully assembled launcher - the Ringslinger 9000 - with working code. We wanted to measure how consistent our launches were by shooting multiple rings at a target and measuring the furthest distance between impact points. We used flour on a flat surface to show where the rings were hitting, then circled the clusters for our trials to get an approximate radius of error. We found that our launches were mostly consistent within a small radius, but had outliers that were hitting the exact same outer lying spot. This indicates a consistent flaw with our launcher and requires a closer look at how it moves and launches the rings. We also repeated this test by identifying where the rings tended to cluster when they had been launched beyond the length of the goal-post - even though the Ringslinger 9000 was not supposed to launch rings at such a height, identifying where it tended to cluster after landing also allowed us to evaluate its general launch patterns and accuracy. 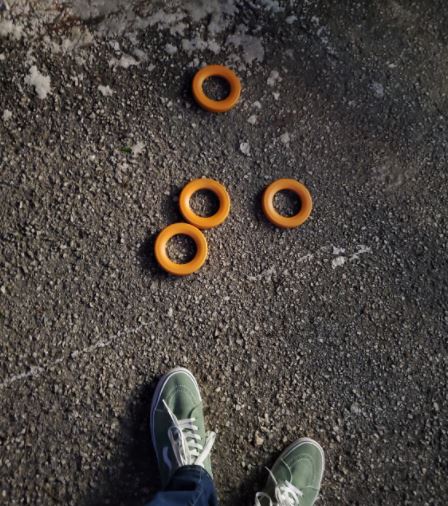 The belt system can easily grab disks and brings them to the other end of the ramp very quickly. While it works well when we test it with our hands, we need to create a rigid structure to connect the belt and ramp, which will be mounted on the chassis. This will allow us to see how the belt will need to pivot to grab rings, and if our current belt still maintains grip without human assistance. We will also take a closer look at our launcher to see what's different about our outlier launches.