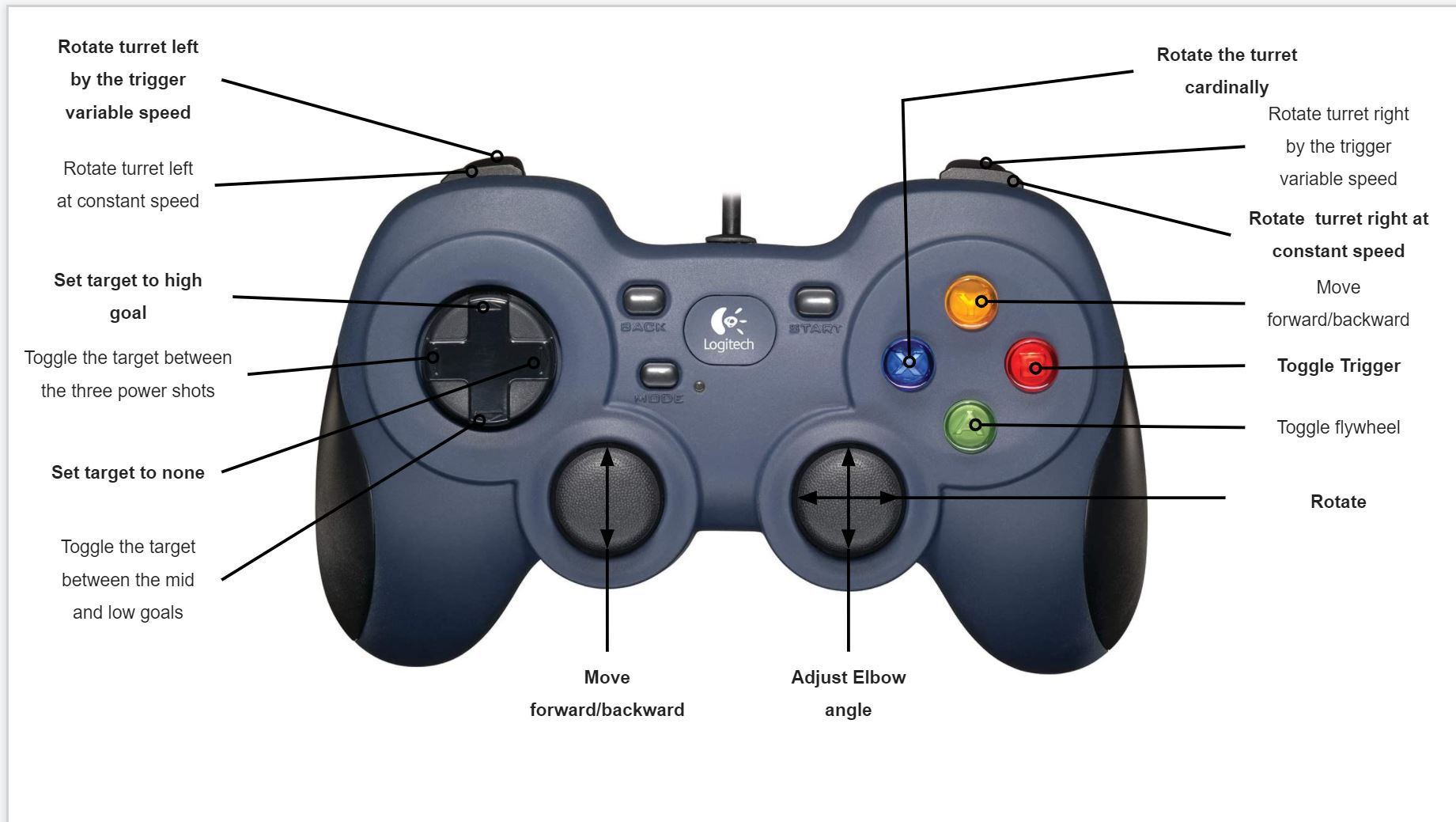 With our first qualifier being a week away, Proteus (our robot) needs to be in drive testing phase. So, we started out by mapping out controls as depicted above.

One stark difference between this control map from previous years is that there a lot more controls than previously since one of our team goal's this season was to reduce human error as much as possible when it pertained to driving and having more expansive controls was reflective of this goal. For instance, last year, when our turret was still in use as in this year, we had two controls for rotating the turret. However, this season, since turret rotation allows us to maximize our capabilities when it comes to continuous targetting, we've set aside 4 controls for turret rotation alone since being able to vary its speed manually is something we've had difficulty with earlier in the season.

As the season changes, we expect our controls to change as well and we will document these changes accordingly as time progresses.