Task: Make the Ringevator legal so we can use it in competition 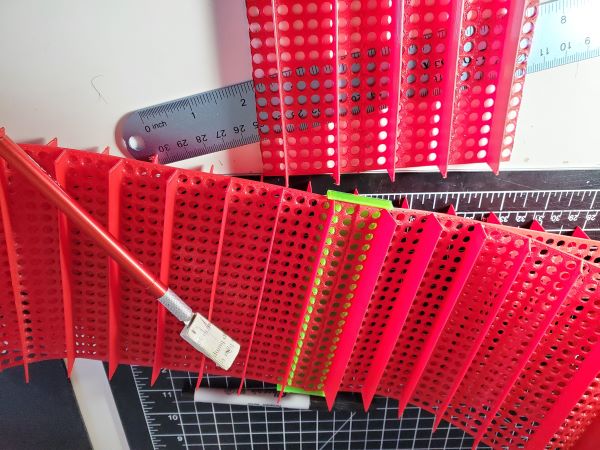 We’re at the point now where we have a lot of our systems ready to be put on the robot, but we have to face another big challenge, which is making everything legal. Since the robot is a circle, we don’t exactly have any space to put an intake in the sizing cube. We can take advantage of the hypotenuse of the box by putting our equipment in the corners but then we raise the problem of height. This is because the Ringevator was never actually built to be permanently attached to the robot.

We built the Ringevator as a prototype that harnessed the abilities of all of our previous models without their problems. However, with time closing in, it became apparent that the ringevator would have to be on the robot regardless of what we think. In order to do this, we had to shorten the assembly by about 2.5 inches and somehow pull the assembly inside more. With only a few builders being able to join us at any particular time, this proved to be a challenge. 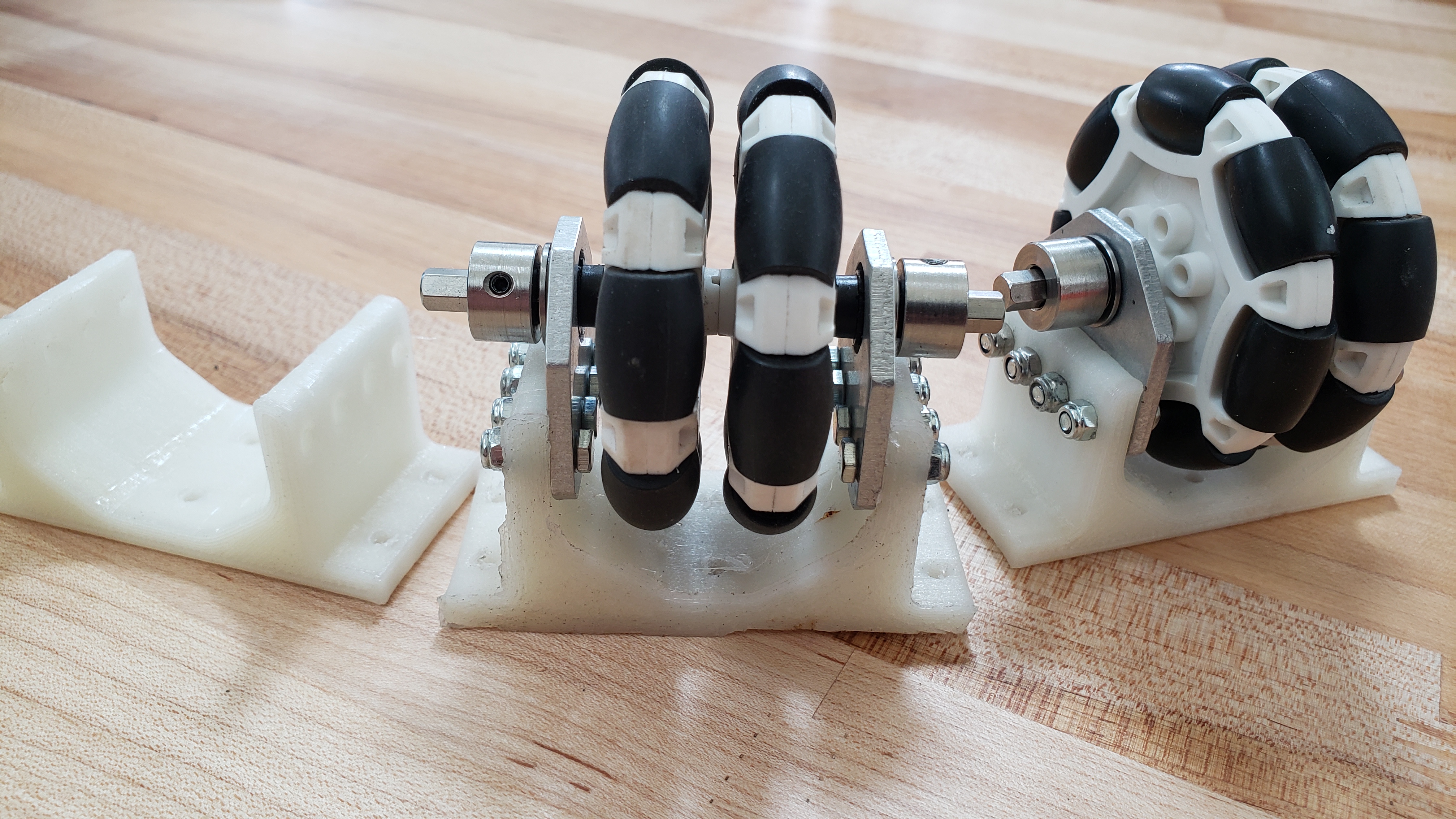 Two things needed to happen to make the robot even close to legal. The first was that the front would have to be chopped off, spitting the front Omni wheel assembly in two. And the second was actually shortening the ringevator which meant shortening the belt. The first part was easily accomplished by modeling two new Omni wheel bases for the front and surgically removing the front of the robot with a hacksaw. This was accomplished in the span of two days. After this was done, Paul also chopped the top of the ringevator off. The last piece was the belt.

The problem with the belt was that I was the only one who knew how to shorten it and I was stuck at home for the next few days. So after Paul was done with the robot surgery, he swung by my house at 3 AM and dropped the belt off in my mailbox. The next morning, I marked off about 5 inches or 5 flaps of the intake, printed a new rig for the welding, cut, and welded the belt into a shorter configuration with my own tools. Then to get the belt back to the robot, we thought about getting a courier to deliver it but instead, I showed up the next day with the new belt and it was assembled onto the robot. After all of that, the robot was still not legal. The reason why it wasn’t legal is because we used bulky REV extrusions as sides since they are easy for prototyping. Since those rails are thick it just barely falls out of the sizing cube. So we had to detach the whole assembly for our next competition.

We would have liked to cut the assembly down more at this point but we couldn’t because we had already pushed the limits of its size. Our next step is to completely redesign the whole intake system. We knew this was going to have to happen at some point but we didn’t think it was going to be this soon. In order to make the intake legal, we have to CNC all of the parts. And I think that’s the kind of challenge Iron Reign is built for.