Task: Plan Out Changes To Codebase and Use New Libraries/Hardware 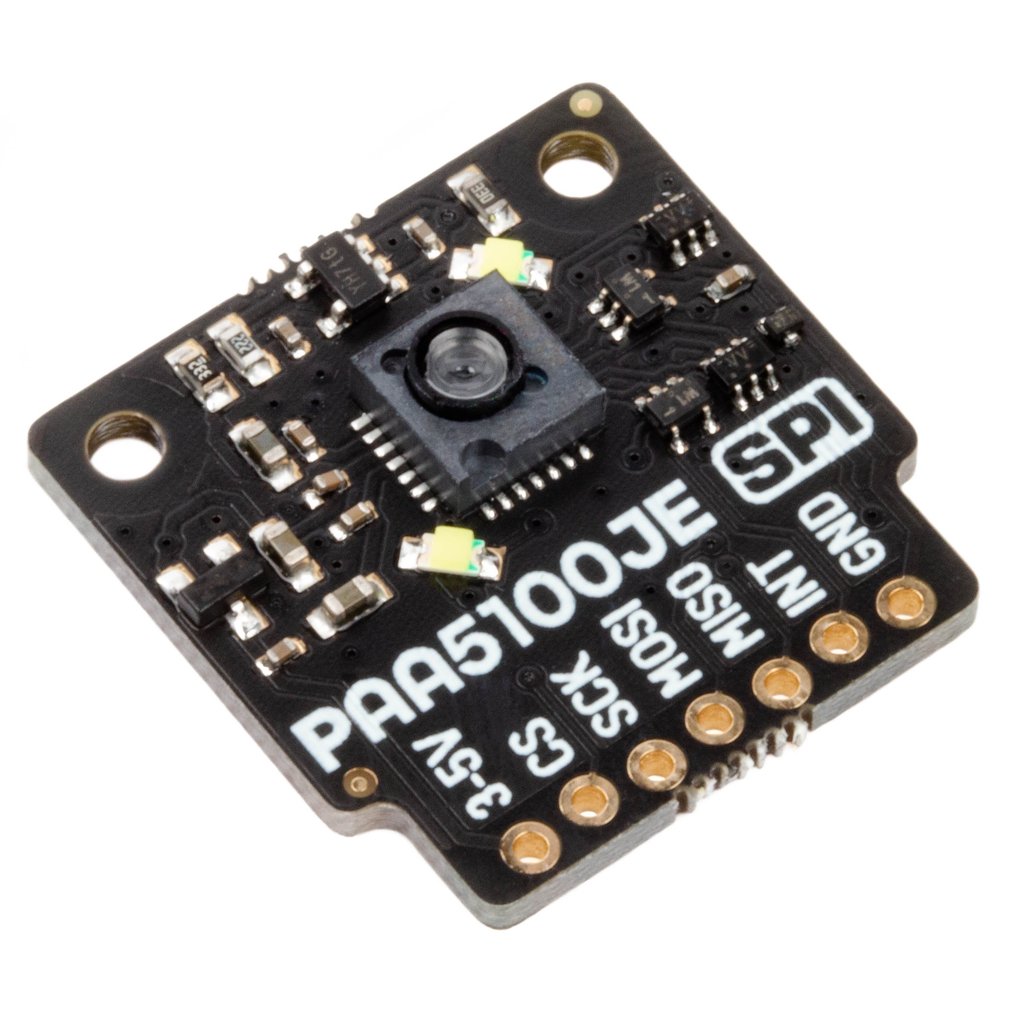 This season, we plan to utilize the PAA5100JE Near Optical Flow Sensor (left image) and Realsense D435 Depth Camera (right image) to improve our robot's autonomous accuracy and reliability when running alongside other robots.

The optical flow sensor's potentially higher accuracy over traditional odometry deadwheels and immunity to slippage can make autonomous routines more reproducible. However, it is not a device that comes with out of the box FTC support, so a custom java driver will need to be translated from the existing python driver to have it correctly interface with the i2c ports on the REV Control Hub. Additionally, the device uses the SPI protocol for communication, so code will need to be written to convert the SPI calls to i2c, which can then be converted back to SPI via a i2c to SPI bridge chip.

As for the Depth Camera, a pipeline can be created to take its output, detect robots or other objects that the robot may collide with, and preemtively come to a stop during autonomous and possibly tele-op to avoid those collisions. This would save time spent communicating with an alliance partner prior to a match to determine where to place delays in an autonomous program to prevent collisions, since those delays would be performed automatically.

Furthermore, the optical flow sensor outputs movement in both the x and y directions, so only one is required to get xy localization on a holonomic drive. If we wish to also use the sensors for heading information instead of/alongside the IMU, two can be mounted on opposite corners of the robot. But what good is localization for autonomous if not to be used with path following?

We plan to experiment with the roadrunner motion profiling library for FTC robots, using as input the Pose provided by the optical flow sensors. It simplifies many of the common needs for path following, like providing OpModes for odometry tuning, path following for linear and even spline trajectories, as well as asynchronous methods which can easily integrate into our current asynchronous codebase. Since we are dipping our toes back into a mecanum chassis for robot in two days, roadrunner will be ideal to harness the full potential of a holonomic drive.

The most important first step is to get the optical flow sensor working with the Control Hub, so that we can have an accurate localization system as the backbone for future path following during autonomous. In a separate track, different pipelines can be experimented with to get obstacle detection working using the realsense depth camera.