Iron Reign and the Three Magnets

Tags: innovate
Personhours: 4
Iron Reign and the Three Magnets By Bhanaviya and Georgia


Task: Evaluating what magnet type works best with the FFUTSE and bucket attraction 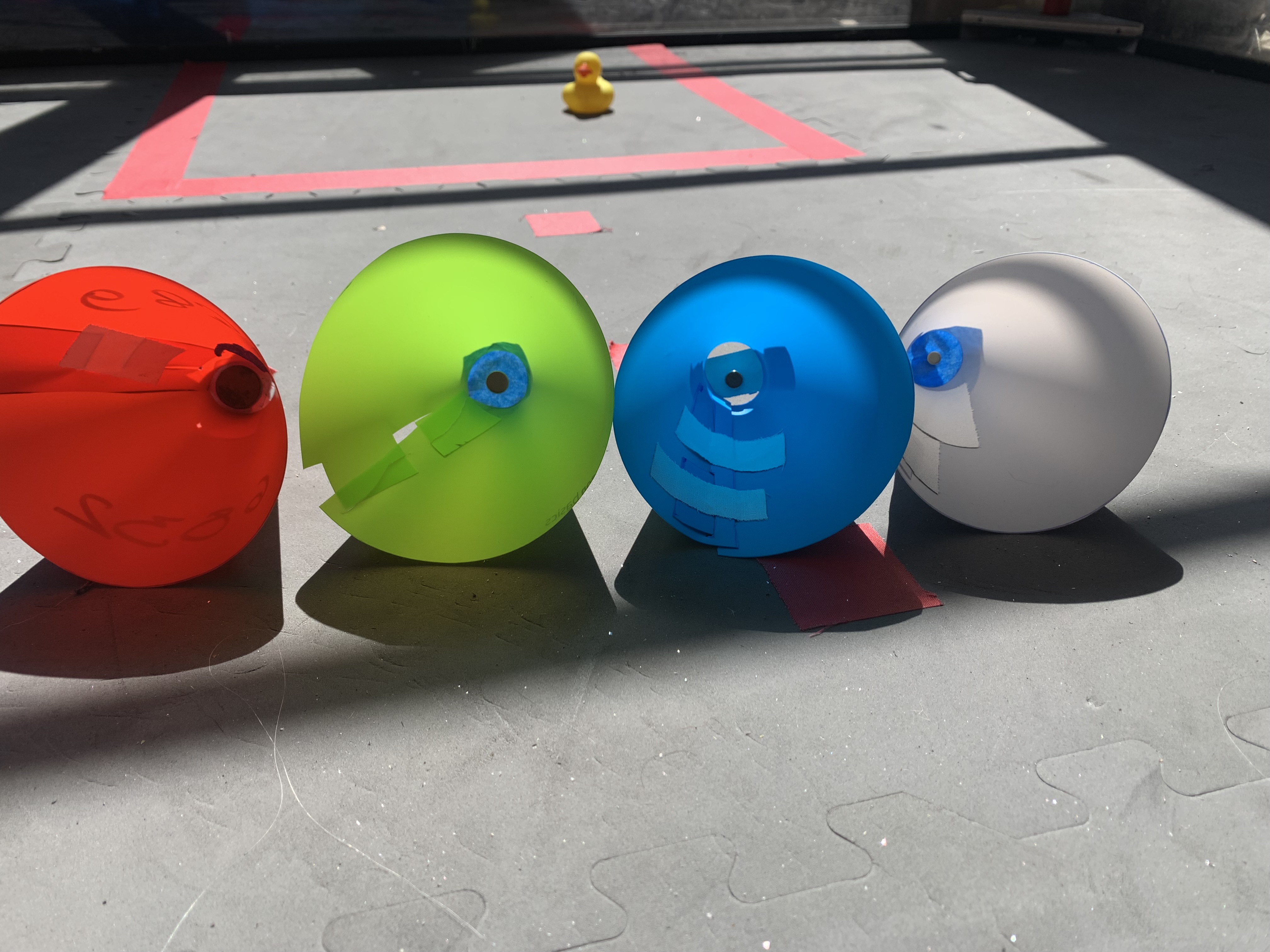 Iron Reign has its final event of the season, the UIL championship, in just one month! One driver task we've been needing to complete has been picking up and depositing a Freight Frenzy Universal Team Shipping Element (FFUTSE). To read about the FFUTSE and Iron Reign's open-source design, please refer to our FFUTSE repository. To overcome this part of the game challenge, we have decided to attach magnets on the underside of our bucket-intake and to the top of our cone-shaped FFUTSEs. The idea is that when the bucket roves over a FFUTSE, its magnet will be strong enough to attract the one atop the shipping element. However, the magnetic attraction must not be too strong, otherwise the bucket will not be able to drop off the FFUTSE on the shared shipping hub if the magnet is still affixed to the robot.

In order to determine which kind of magnet could best meet these two criterion, we experimented with niodimium and ceramic magnets. Of the niodium magnets, there are 3 differently-sized ones - a large, medium, and small, with their sizes corresponding to the degree of magnetic attraction from greatest to least respectively.

To reinforce the shipping element's attraction to the bucket, we have also created an array of corresponding magnets inside the bucket rather than simply affixing one magnet, since that way, the vertical thrust of the crane when is lifted upwards will not disrupt the attraction of the FFUTSE to the intake.

It was clear that the ceramic and smallest niodimium magnets were too weak - even with an array of magnets in the bucket, they required too much precision on the driver's part in order to swiftly attract a FFUTSE and part of our idea is to minimize the driver effort and error that can come into play with this FFUTSE pickup process. Between the large and medium-sized niodimium magnets, though the large could attract a magnet faster, it did its job too well since dropping off the FFUTSE was not a task it could accomplish since the attraction of the magnets was too strong

In the end, our decision was influenced by Goldilockian principles - not too large, not too small but just right. The bucket does a reliable job of picking up and transfering FFUTSEs but as of now, this component has not yet been programmed. Once programmed, there is a chance we may have to either use a stronger magnet or find amiddle ground between the largest magnet and medium-sized one in order to minimize driver accuracy while maximizing efficiency.