Solving Tipping Issues in The Reach


Task-Identify and solve the problems that led to The Reach tipping over mid-match.

Our robot, The Reach, utilizes a hybrid-differential swerve drive along with an extending design in order to effectively cross the barriers and score freight. Although this design is unique and avoids the congested areas of the playing field, it comes with trade-offs and flaws.

At our first qualifier, we noticed one major flaw in the design of The Reach. The robot would often tip over during game play, rendering it unable to move and score points. Observing our matches and looking over our design, we attributed this problem to a couple of key components of our design. 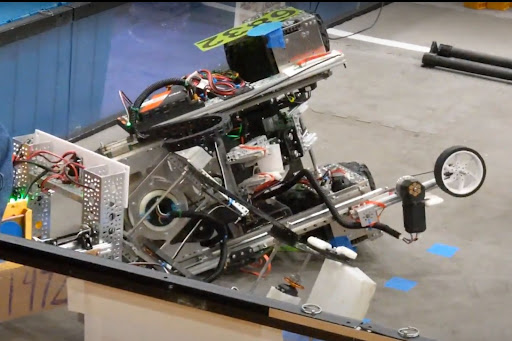 First off, due to limitations on the dimensions of the robot at the beginning of matches, the robot had quite a narrow base for its extended length of around 5 feet. This led to the robot being susceptible to tipping when in motion when combined with a variable center of mass.

Furthermore, the jerky and sudden acceleration of the robot when traversing the playing field and extending caused the robot to fall over due to the sudden movement. Finally, our robot has an unusually high center of mass due to the design of its drive train and wheel modules. The motors that powered the wheels were housed above the actual wheel in the module, which led to a high center of mass. This issue was exacerbated by the extending crane arm we used for scoring freight, which led to a variable center of mass. Overall, we mainly attributed this failure to our robot's high and variable center of mass, which changed rapidly due to the robot's expansion and contraction. These factors combined with the narrow base were the key factors leading to the robot tipping. 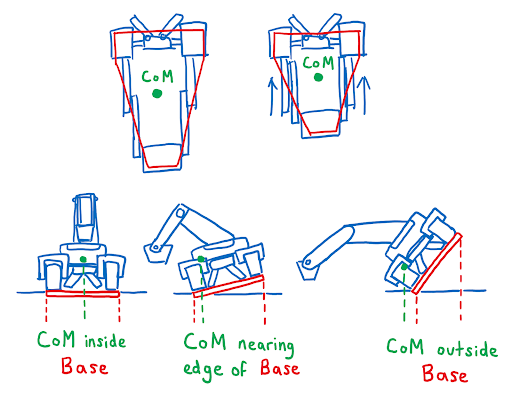 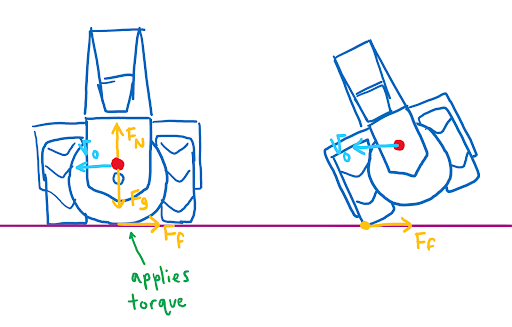 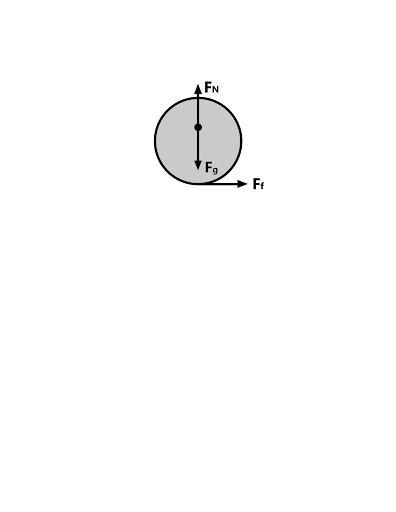 You can see from these free-body diagrams that as we lower the vertical component of the normal force, the overall rotational torque exerted by the swerve module is decreased, which inspired our decisions to lower the center of mass. We did this by redesigning our wheel modules and moving the motor further down. Our redesigned wheel modules utilize custom printed "barrier beaters" instead of the rock climbers we used before. These wheels were printed out of ninja flex and nylon and utilized a Gothic Arch design inspired by Monash University's rover wheels. The custom wheel modules used custom carbon-fiber plates and holes in the nylon hub to help reduce weight. Overall, these wheels were excellent at traversing the barriers, weighed less, and the wheel module allowed the motor to drop 5 inches in height. This led to a lower center of mass for the robot. 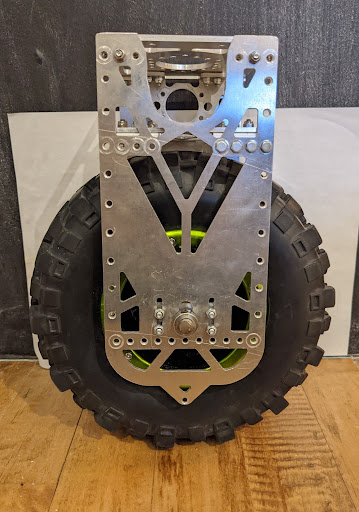 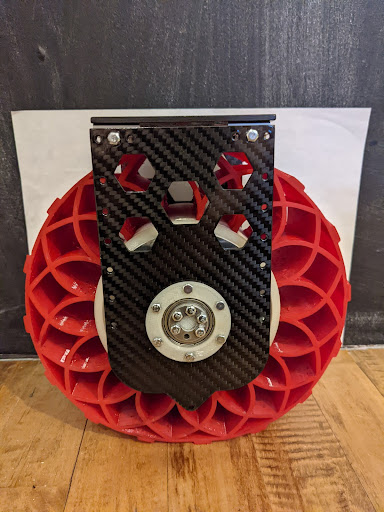 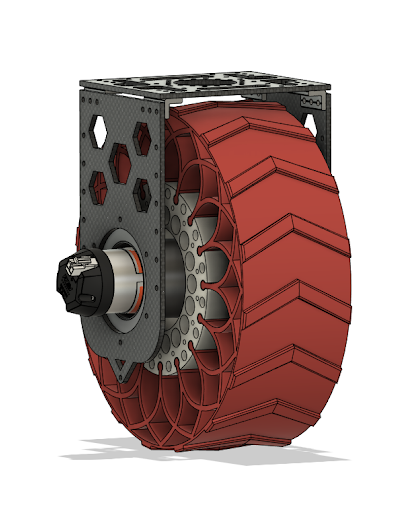 However, in the situation that the crane and robot extension did lead to the center of mass nearing the base, we installed an outrigger system as a preventative measure. An outrigger is essentially a beam that extends from a robot that is used to improve stability. Our outriggers used omni wheels and functioned similarly to training wheels, preventing the robot from tipping over when the crane moves out and extends. 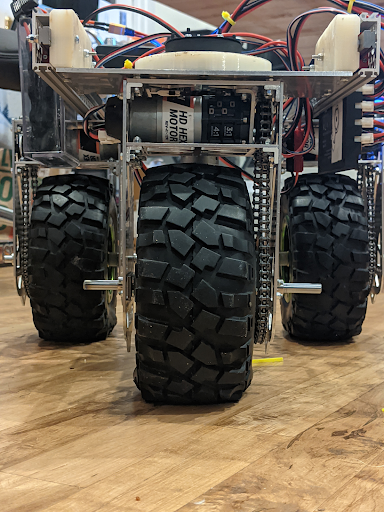 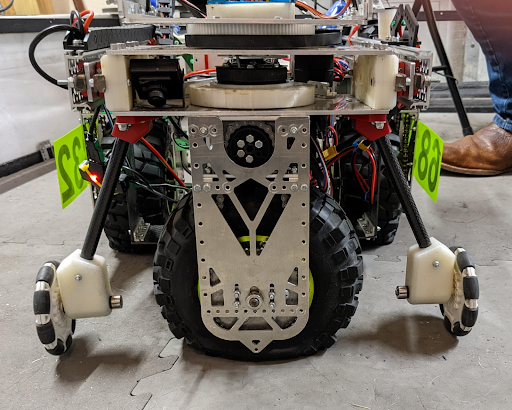 Finally, we implemented some code changes to help deal with this problem, building anti-tipping limiters which allowed for gradual acceleration. This prevented the sudden acceleration mentioned earlier which was a cause of our tipping issue. We also programmed in pre-set arm locations to help keep the center of mass near the wheelbase, making sure that the center of mass never passes the base of the actual robot.

Building a unique and innovative robot like The Reach comes with a unique set of challenges and obstacles, and we will keep iterating our swerve module by experimenting with different wheel designs and weight-reduction patterns to reduce odds of tipping.