Our First Ideas: Robot in 2 Days! 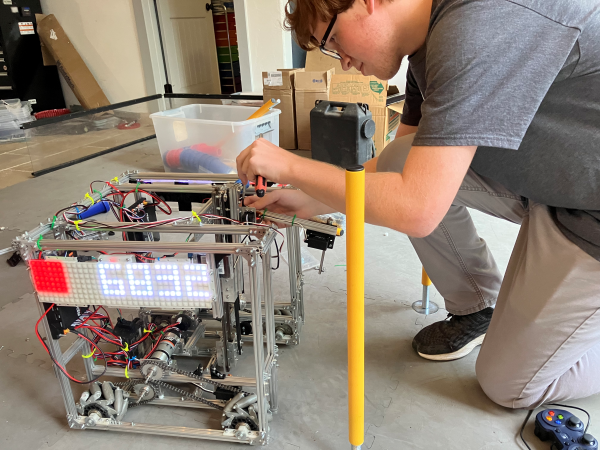 Our Ideas with Build

As a base robot, we started with an 18 inch cubic frame. This was the frame we'd most easily be able to modify and build upon as we progressed further into the year. For an initial brainstorming session, our Robot in Two Days would let us get some ideas into place which we could then bring up to our standard and innovate on.

First, we noticed that our motor placement would make it harder to retrieve any of the cones. We knew we would need a mechanism to bring the cones up at varying heights to deposit on top of the poles, so we decided on using a gripper and linear slides. We moved all the motors back to create space in the front for our linear slide and gripper. We also had to clear up any obstructions, such as beams, control hubs, our expansion hub and battery to make some more space. We attached the control hub, expansion hub, and battery to the back of the robot. We fixed inconsistencies in the frame, such as misalignment in beams, to improve the stability and quality of construction. Working on wire management was cumbersome, but necessary, so our robot would be able to get as many points as possible without getting tangled up in wires. 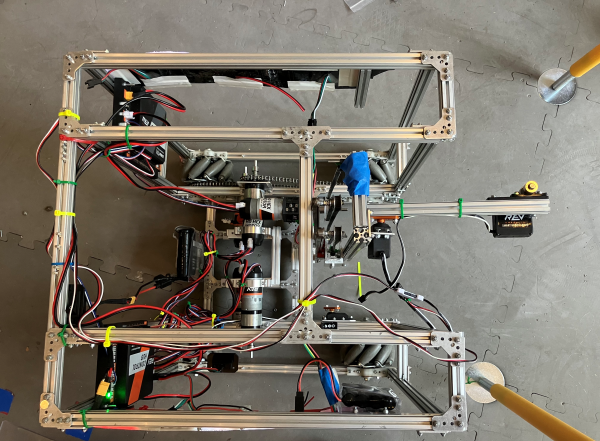 Because the highest beams are 30 inches, we designed a linear slide which can reach a maximum height of 30 inches. This means it will be able to score on all the poles: low, medium, or high. The linear slide was attached to the middle of the robot, in the space which was just cleared out. We also made a pair of tweezers which would help grab game elements from the top and latch on inside the game elements. These were then attached to an angle control servo, which would make it easier to grab the cones and also increase the reach height slightly.

Because we needed more accuracy, we used a flexible material to make a funnel to better intake our game elements. We had to fix and align the funnel a few times for greater efficiency. Next, we got to wiring up the motor for the actual lift. We realized that the linear slides stick out of the sizing cube by a 1/2 inch, but we purposefully ignored the problem because we'll have more time to get the technicalities correct by our first league meet. 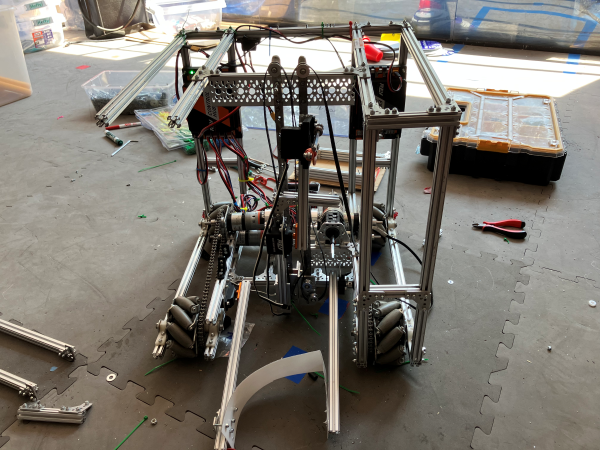 Finally, we covered all the sharp corners of our robot with gaff tape and added the LED panels we're using for team markers.

Our team has a lot of new coders this year, so we spent most of this time getting used to the interface and re-examining and interpreting code from past years which we could then use as a template. However, we got all the motors and servos to work, as well as coding the Mecanums to navigate the game field.