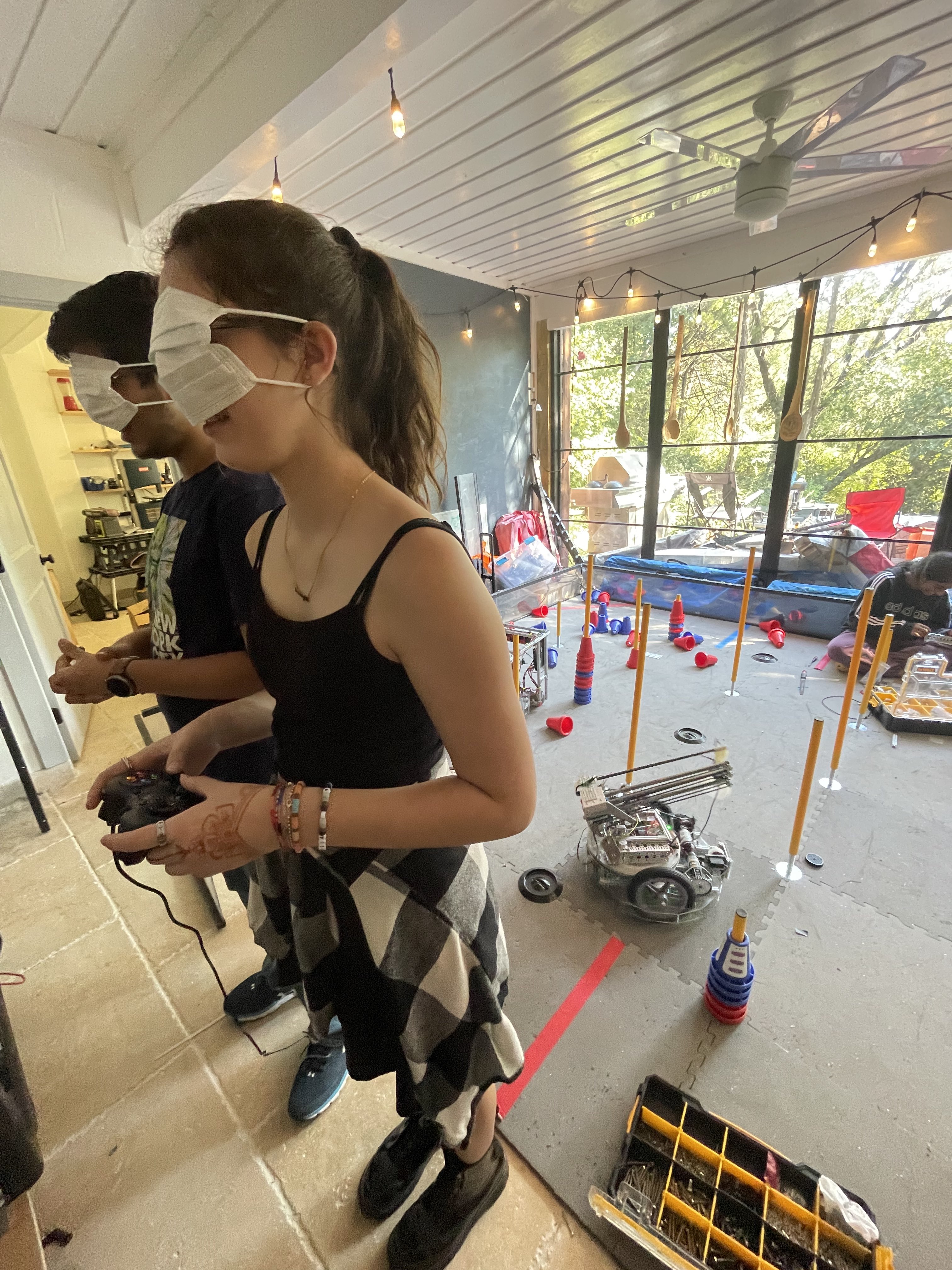 Iron Reign engaged in an exercise to better understand the game and create an optimal strategy when multiple robots are on the playing field. Two team members were blindfolded and acted as “robots,” while two others were the “driver” and voiced instructions. The blindfolded members followed their instructions and effectively played the game. This helped us better understand how the game evolved and the best ways to score points efficiently.

With the season coming up quickly and the first league meets scheduled for about a month away, we needed to prepare robots for competition and help the recruits begin.

One of the critical action points was fixing up Tombot, one of our older competition robots that utilized a linear-slide crane to score pieces at high altitudes. Tombot could potentially be used as a competition partner to simulate gameplay better and improve drive practice. However, TomBot had a couple of issues that needed to be resolved. Specifically, the Omni wheels at the ends of the chassis were getting caught in the junctions, so we raised them to allow for cleaner movement. We also fixed a loose chain that kept coming off and practiced driving around the poles and over the junctions. 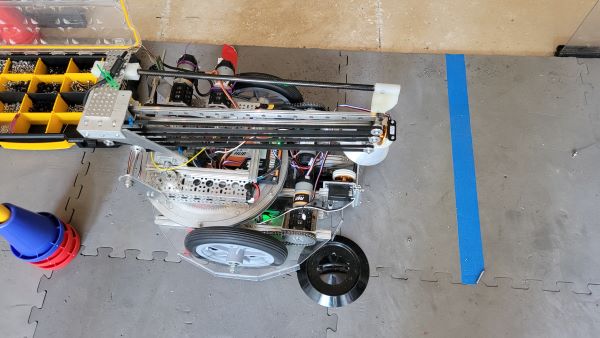 Next, the new recruits started working the chassis for their root, using a mecanum-based drivetrain and vs-shaped chassis. They also split into two teams and started building prototypes of their cone gripper. The first prototype(shown below) uses a conventional gripper that wraps around the cone from both sides and picks it up. Driven by a single servo, it uses two gears to move the two gripper parts. 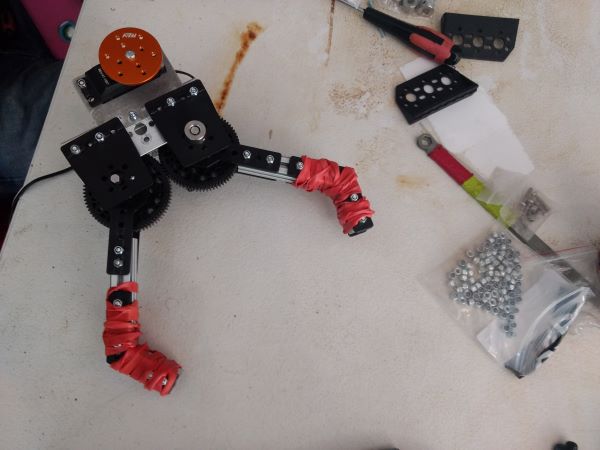 The second prototype currently only has the two sides of the gripper, which use metal pieces and rubber bands to wrap around the cone. The new recruits also started working on the chassis for their robot, which uses the metal REV rails and a mecanum drivetrain. They were able to conceptualize it and started cutting the REV rails to the correct lengths for assembly.

Iron Reign began modeling potential grippers for testing, including designs that packed up the cones from the top song with a few to grab the cones from the side. A greater variety of options will be helpful when creating the robot. In addition, work began on a cone-adjusting mechanism to right fallen cones and adjust the position of picked-up ones to score them properly.

A few recruits interested in coding were taught the basics of programming the robots with Java, and our senior coders created basic mecanum and tank drive code for the teams to use. This should help us get a head start on coding and better help the rookie teams later in the season.

The next steps for the rookie teams would be to start building the chassis, attaching additional components, and continuing to develop their grippers. For Iron Reign, our next steps are continuing to design and prototype the gripper iterations and optimizing TomBot.