Task: Fixing Issues from the Screamage

After the Screamage, many different problems became apparent, including the fact that the robot just barely fit sizing requirements. In order to combat this, we decided to cut off .75 inches off the arm extension from the carbon fiber rod and added a new hole for the mount for the gripper system, which didn’t have an effect on the code or presets. Trey also continued to work on 3D modeling for the new robot. 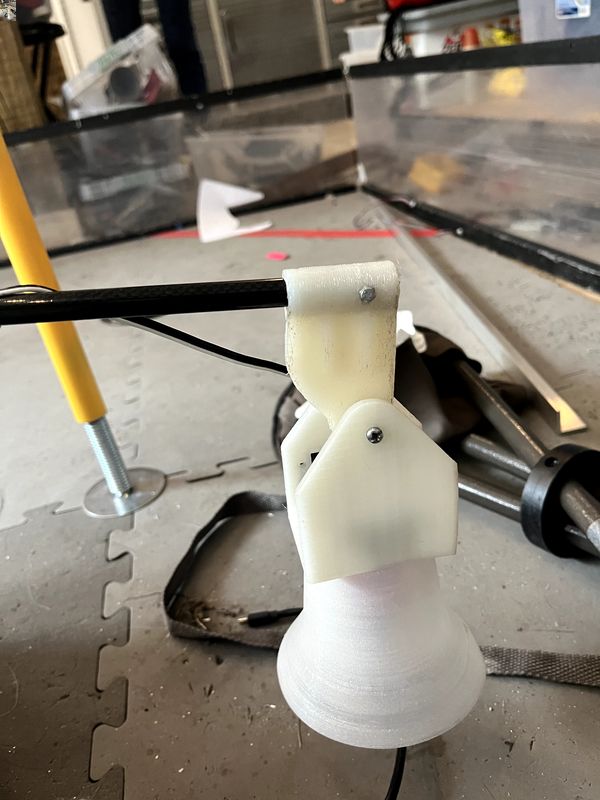 David then proceeded to work on fine tuning for the presets for picking up and scoring a cone, as the movements were a bit aggressive to say the least, and by the end of the day, while slower, had become much more manageable as testing would prove to us. He also continued to work on the April Tag recognition for autonomous.

Make use of polycarb to create a new LED battery holder than can be mounted directly to the robot and fix the pulley system to keep it from falling off the axel and rendering our robot useless.