In tandem with yesterday, the main goal of this meeting was to improve upon the robot after the Screamage. This consisted of two main aspects, being a new way to mount the pulley because of the set screw of the motor that kept untightening from the axel and falling off at the most inopportune times, and a new battery holder for the LED panels with better mounting, as it was just wedged into the robot at the Screamage

After many failures of the pulley system and antics with threadlocker and set screws, enough was enough. We decided that using the CNC to directly drill into the pulley to attach that directly to the motor was a better idea, and after a careful process, the pulley was directly mounted to the motor and thus far has experienced no further issues. 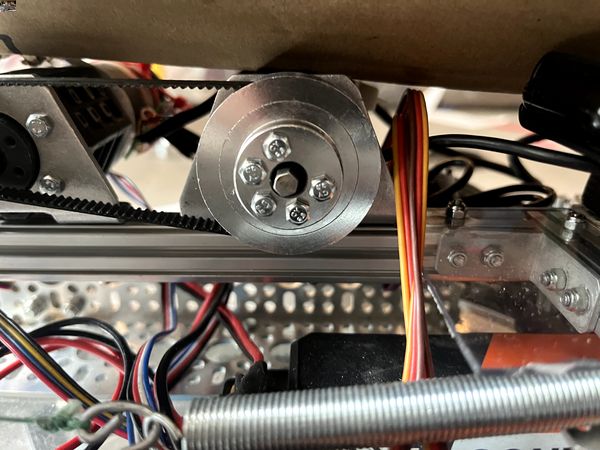 The cardboard battery holder was an okay temporary solution, but in no way was meant to be a permanent addition to the robot. Instead, we opted to make a new one out of polycarb and create a place for the wire to filter through, which required measuring the battery and bending a piece of appropriately sized polycarb. It worked well, and looked semi decent but may be replaced in the future 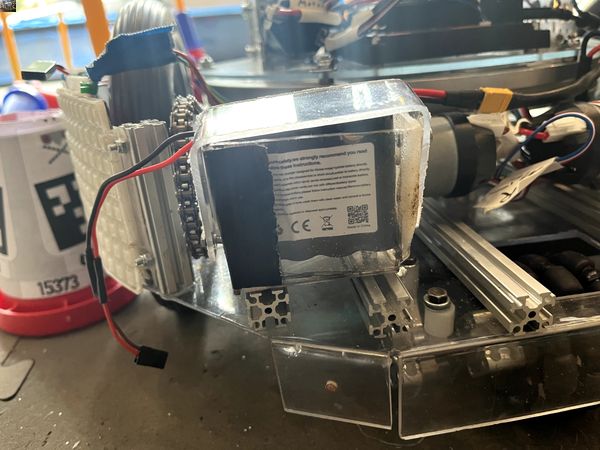