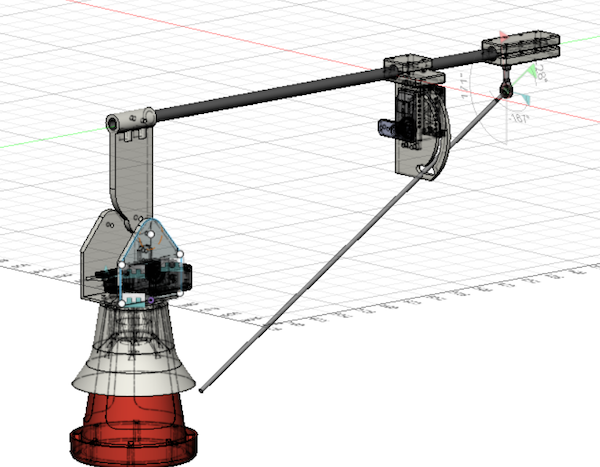 We began designing a prototype for a nudge stick, which will help speed up cone drop off. The stick will touch the pole at one point of contact and will be able to move to either side, depending on which direction we are scoring from.

The arm and mount, specifically the set screws and shaft collars, will often become loose, so we used threadlocker to secure these and reduce its chances of becoming too loose during a match. We redid the connection for the LEDs because a wire had snapped out, then rewelded the mount for the LED panels, as it was beginning to split down the center and was revealing the inside of the panel.

We did lots of drive practice, running many timed practice matches. We managed to score the auton preload, along with about 3-6 additional cones and beacon. Unfortunately, auton was somewhat unreliable, as Taubot did not always score the preload cone on the pole and fully park in the correct space.

Our next step is to fix our auton code so Taubot consistently manages to score the auton preload cone and fully park in the correct spot. We also need to finish the nudge stick prototype so we can begin testing and finetuneing it.