We partially remade the joint that connects the extension part of the crane to the turret, as we found that under high stress the gears were prone to slipping. We also changed the gear ratios on the shoulder to increase the torque produced at the cost of the speed of the crane. We did this because under most situations we were hitting the torque limit of the motor but we almost never hit the speed limit of the motor. This will make the crane much more controllable, especially when the crane is at maximum extension. Additionally, we began building the nudge stick for the crane.

As for code, we created two new methods. The first method takes in the robot's current position on the field and, using an IMU that is attached to the turret, calculates the position of the center of the turret. This is method is needed for inverse kinematics to work because the center of the robot is not aligned with the center of the turret. The second method takes in the desired X, Y, and Z coordinates that the turret should target. It first takes the turrets's position then uses that position to calculate the heading that the base needs to target inorder to align itself with the proper X and Y coordinates. It then calculates the horizontal distance needed to get to the target position. That distance, along with the Z target height, is then used to calculate the angle and amount of crane crane extension required to achieve the target position. 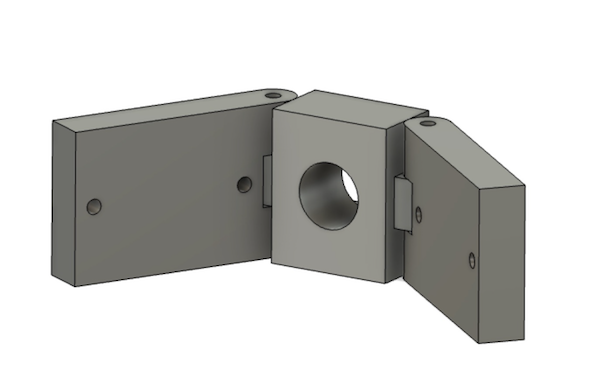 We began working on a model for the differential distance sensor mount, with the distance sensors mounted on the side pieces so we can adjust their angle inorder to pinpoint where the cone is located. We added a space in the middle for a laser, which we will use for testing the range of the distance sensor.

We need to finish building and coding the nudge stick so we can test it and practive scoring with it. As for the differential distance sensor mount, we need to finish modeling it and then build and test it.