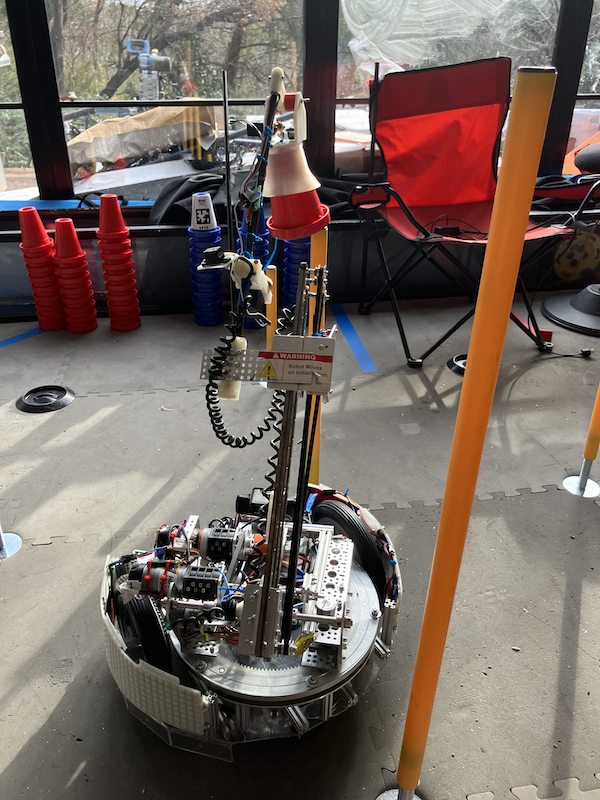 We implemented inverse kinematics with driver controls, auton, and the memory system. ​​We changed the driver controls to use height and distance rather than angle and shoulder. This makes it faster and much easier for the drivers to fine tune adjustments when dropping and picking up the cones. We also implemented this system in auton to make it easier to specify a target that the robot should aim for during auton.

Now that we have inverse kinematics working we can begin a scoring pattern code, which will allow the robot to memorize the field and move to score without driver input. This will make scoring quicker and easier for the drivers.